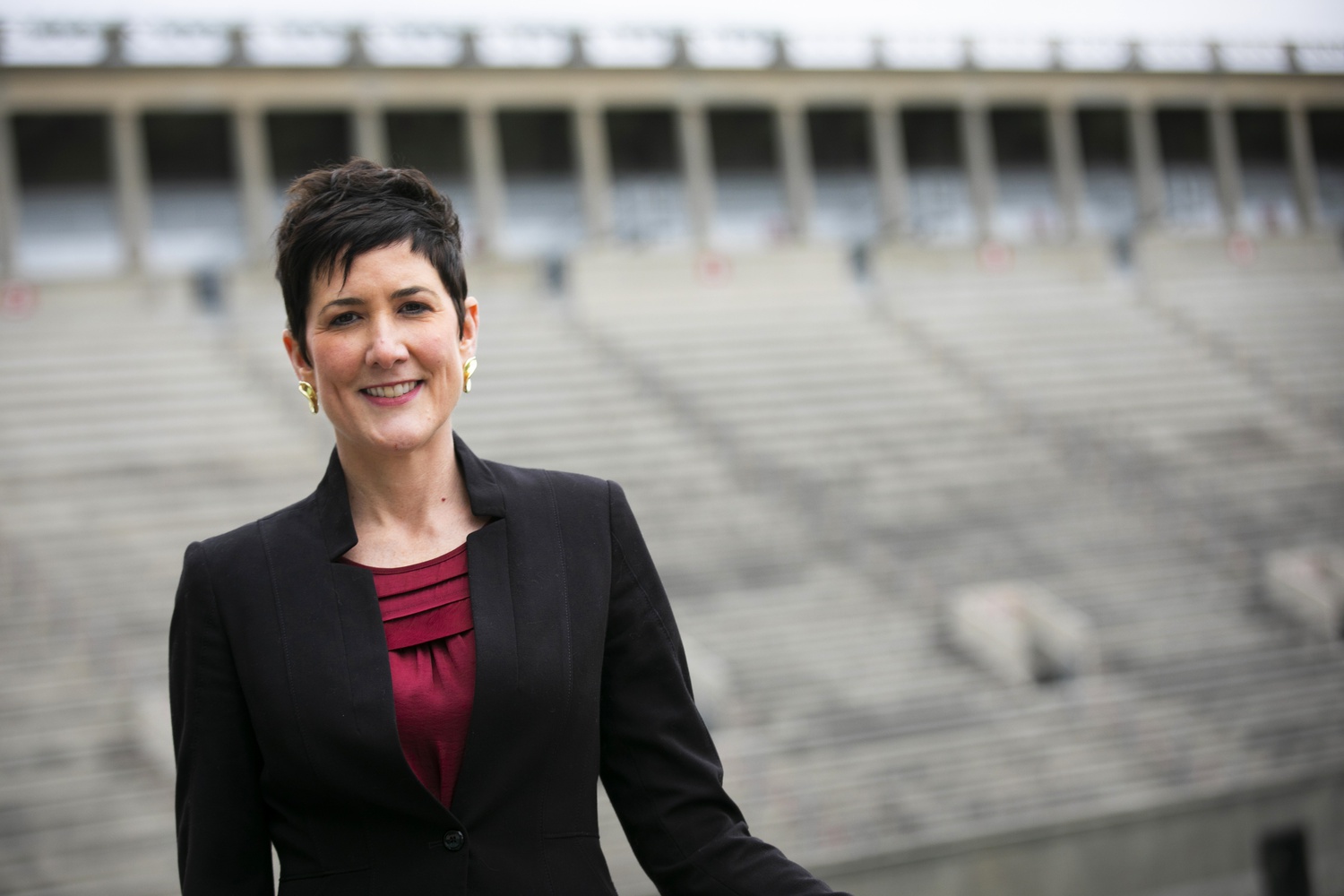 Harvard Athletics Director Erin McDermott said in an interview Thursday that she believes the NCAA’s recent decision to allow athletes to profit off their name, image, and likeness — which the Ivy League adopted soon after — helps to equalize student athletes and all other students at the College.

The NCAA decided in June that collegiate athletes could profit from their name, image, and likeness, allowing athletes to secure sponsorships for the first time in the league’s history. The NCAA announced the policy after the Supreme Court ruled that the NCAA could not prohibit moderate payments to student athletes.

In lockstep, the Ivy League changed its bylaws to align with the NCAA’s new rule.

By being able to accrue education-related compensation, Harvard athletes now have access to an opportunity that their non-athlete counterparts at the College already had, per McDermott.

“I think it’s only given them access to opportunities that other students have, and I think those that are able to do some things are very much in line with the kinds of opportunities you’ve heard other students maybe have previously, whether it’s local businesses or social media opportunities or just wanting to be entrepreneurial and follow an idea, and they haven’t been able to do that before,” she said.

A number of student athletes have already secured these NIL deals, and more continue to sign deals with local businesses, such as Playa Bowls.

McDermott explained that the mission of Harvard Athletics dovetails with the College’s mission.

“Athletics is very much aligned with the College, and the mission of the College,” she said, citing their shared commitment to cultivating leaders and encouraging students to take risks. “I think there’s a great alignment in this idea that student athletes and students are treated the same and have access to the same kinds of things in their student experiences.”

Though athletes can cash in on their name, image, and likeness for the first time, McDermott said she does not believe the opportunity has distracted athletes or undermined the principles of Harvard Athletics.

“Taking on more by seeking out these opportunities, it doesn’t seem to be where their focus is, or what they’re concerned about,” McDermott said. “I think the ones that are taking advantage of it now are mainly those that already had some following on social media or something that they did that was popular and now they can monetize it, and it was just kind of flipping the switch where they weren’t monetizing it prior and now they’re monetizing it.”

Through conversations, McDermott said coaches have reported no noticeable changes in their student athletes’ performances due to the policy.

“I actually brought this up with our head coaches recently and asked what they’re hearing, any concerns, are they maybe feeling like students are a bit more distracted by this or focused on this, and there was nothing that came up,” McDermott said. “They seem not at all affected by it.”