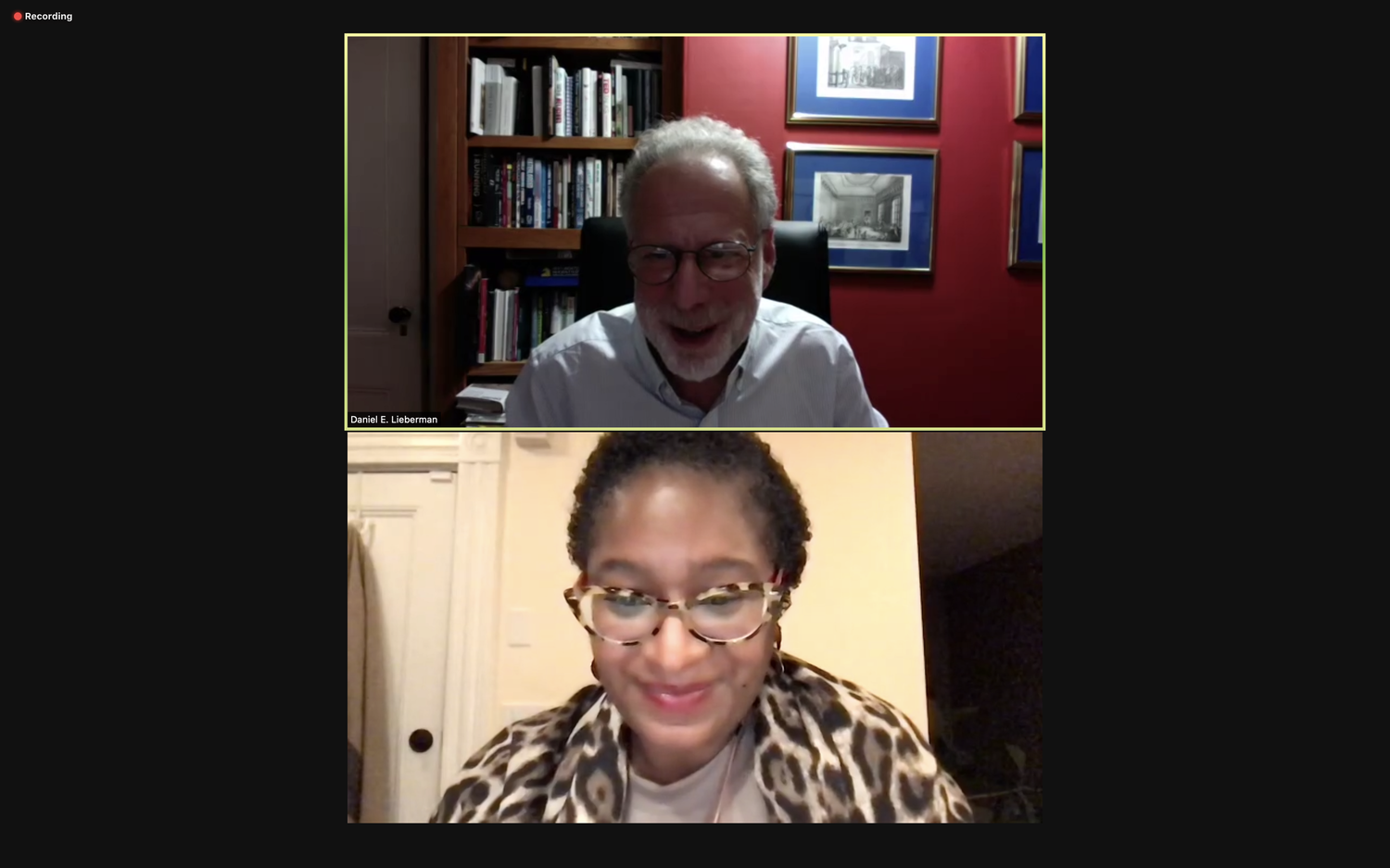 The Harvard Museum of Natural History hosted the webinar on Zoom as part of its ongoing “Evolution Matters” lecture series. The series, which has been running for the past 12 years, discusses a variety of topics related to the history of life.

Lieberman’s research focuses on human physical activity from an evolutionary and anthropological perspective. In the lecture, Lieberman spoke on exercise and why it is increasingly healthy for humans as they age.

A large portion of the lecture was inspired by key points from “Exercised,” Lieberman’s book published in January.

Lieberman began the talk by addressing the “exercise paradox” — the difficulty to exercise consistently despite understanding its benefits.

“Everybody knows that exercise is good for us, but only about 20 percent of Americans get what’s considered to be the minimum amount of physical activity recommended by basically every major health organization in the world — about 150 minutes of moderate to vigorous physical activity a week,” Lieberman said. “The other 80 percent of us don’t do it right.”

Evolutionary factors may explain why exercise habits are so difficult to build in modern society. While hunter-gatherers were “moderately physically active” when it was necessary or rewarding, they otherwise conserved energy, according to Lieberman.

He described a longitudinal study on Harvard alumni on the impact of moderate physical activity on death rates in comparison to sedentary lifestyles, highlighting the increasing benefits of physical activity with age.

Lieberman concluded the talk by discussing the applications of his exercise research to life at Harvard. In an interview following the event, he expanded on how the pressures of student life may result in less physical activity.

“We think it’s a tradeoff: ‘Time I spend exercising is time I’m going to lose from other important things.’ But I think the evidence shows that, actually, the time people spend exercising, they get back in increased concentration and better mood and memory, and the short-term benefits are huge,” Lieberman said.

Lieberman said even a slight lifestyle change to include more exercise can make a big difference.

“Just an hour a week, which is a little bit more than 10 minutes a day, can decrease your risk of mortality by 30, 40 percent. So no matter what level you’re at, a little bit of physical activity goes a long way,” Lieberman said.