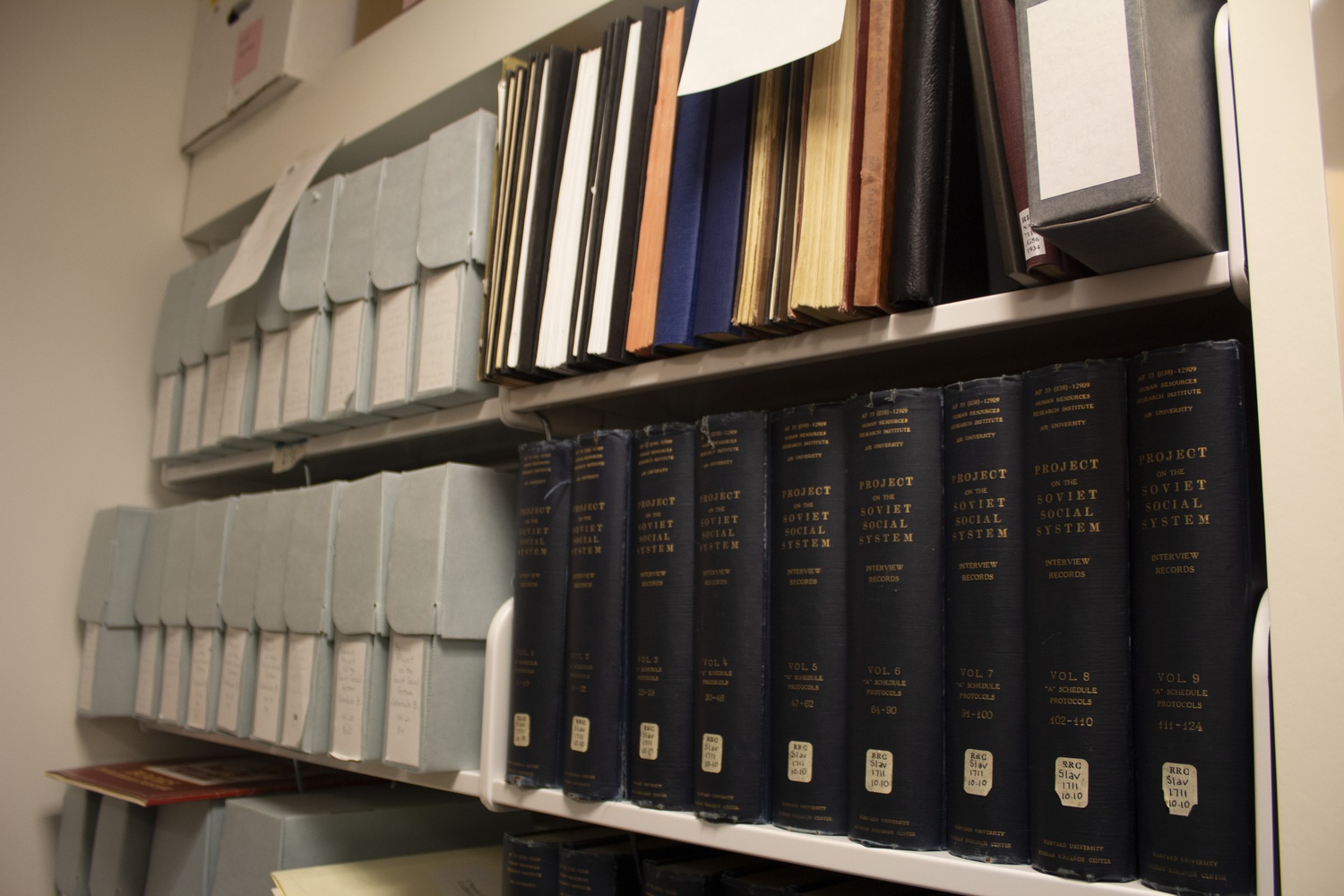 Harvard's Peek Behind the Iron Curtain

But there was much more to these interviews than capturing the ideological beliefs of their participants. HPSSS researchers sought to reveal the full scope of the Soviet experience, far beyond what the Air Force had expected, pushing back, in a way, against the strong anti-Soviet culture in the U.S. during the Cold War.
By Sarah W. Faber and Allison K. Moon

“Cigarettes are a necessity.”

“A great deal of care should be exercised to make everything appear spontaneous and prevent the impression that respondents are being manipulated. For this reason it seems undesirable to play Russian music.”

“Russian men are extremely fond of vodka. Its cautious and judicious use as an aid to rapport can be helpful.”

These were all guidelines written based on the experiences of interviewers working for the Harvard Project on the Soviet Social System, an ambitious, Air Force-funded sociological survey of hundreds of Soviet refugees undertaken at the height of the Cold War.

One of the refugees interviewed, Case 19, was born sometime between 1905 and 1916 to a family of farmers in Russia. She grew up singing in a choir, but was expelled due to her status as a “hostile element.” After a stint working as a bookkeeper in a publishing house in Kharkov, she earned a spot at a musical conservatory studying opera. She graduated on June 19, 1941, three days before Germany invaded the Soviet Union during World War II. Case 19 told her story in Munich, Germany over the course of three days in September 1950 to a researcher from HPSSS.

Svetlana Rukhelman, the steward of HPSSS — meaning that she manages the collection and fields requests from scholars who want to access the physical documents — points to Case 19 as one of her favorite stories from the archive. It is just one of 343 interviews composing the A-Schedule of the project, which contains personal accounts of the participants’ lives. Topics ranging from participants’ love affairs to their food preferences to their experiences in prison were broached in the natural flow of these personal conversations.

The B-Schedule, which involved 364 participants, with some participant overlap with Schedule A, consisted of a more narrow line of questioning on “special topics” like economics and government, as well as psychological tests meant to investigate the Soviet understanding of childhood, religion, and tradition. Rukhelman explains, “The idea was that understanding how the Soviet citizen thinks, and understanding what the social structure is, from the inside, will help U.S. policymakers to make predictions about how the Soviet government and the country’s citizens will behave in response to various policy decisions.”

Soviet archives were not made available until the fall of the Soviet Union in 1991, with sources prior to 1991 being limited to official Soviet material and anecdotal information. “The Harvard Project really was the first opportunity to have something that looked like data, rather than just anecdotalism. And for social history, that’s really important,” says David Brandenberger, a professor of Russian history at the University of Richmond and author of the guide to working with HPSSS online.

The project, conducted over a four-year period from 1949 to 1953, guaranteed anonymity to all participants. Since the study’s publication, scholars have traveled from all over the world to visit the leather-bound volumes kept in Harvard’s Davis Center for Russian and Eurasian Studies. From 2005 to 2007, these archives were digitized into a publicly accessible, keyword-searchable database. 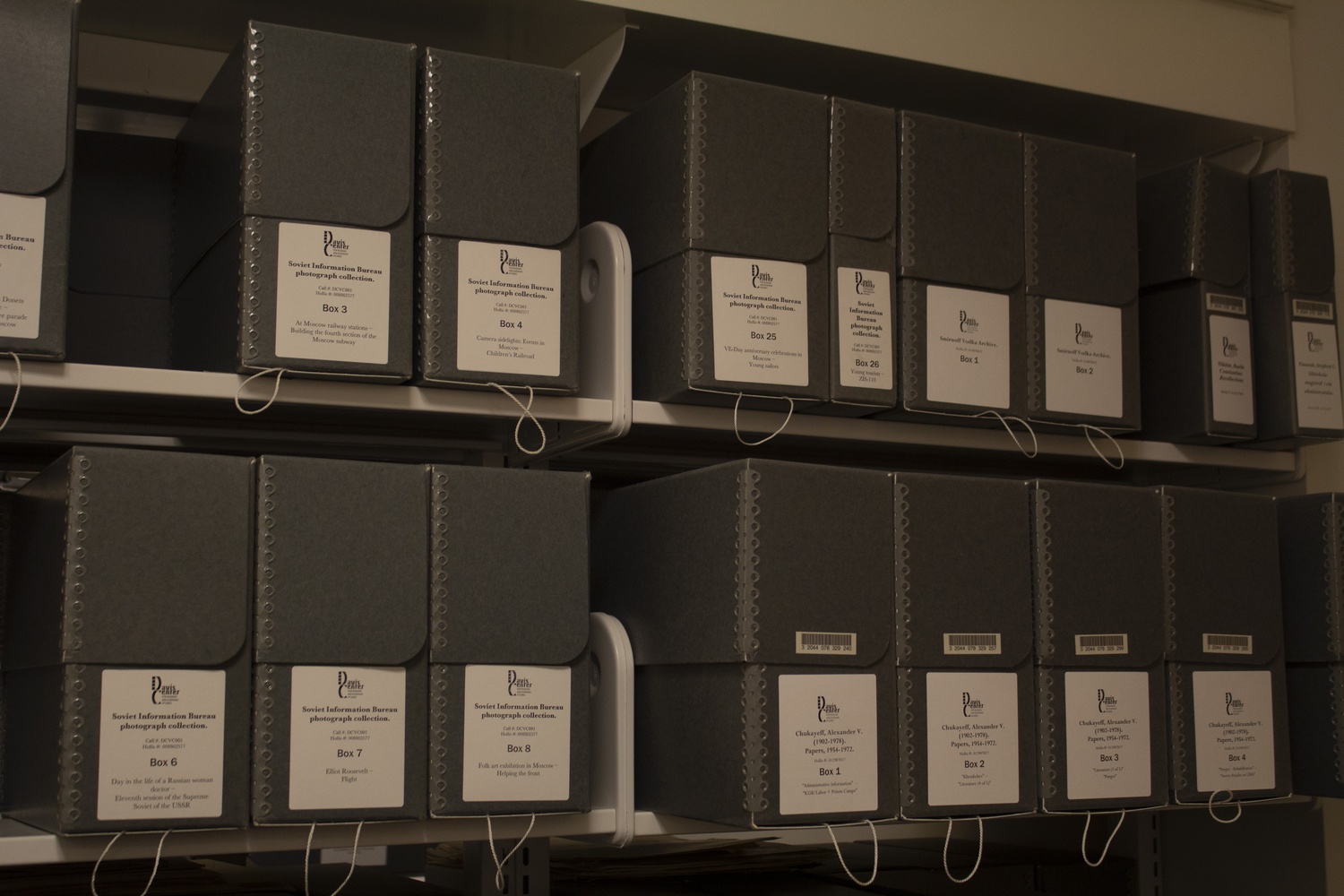 Though funded by the U.S. Air Force with the primary goal of information-gathering for military intelligence, the project also served as a resource for scholars of the Soviet regime.

“The Harvard academics who ran it took the Army’s money but decided to do a full, broad spectrum sociological study of the Soviet Union,” says Brandenberger. “They didn’t want to just do a defense assessment. They wanted to … create a much more representative portrait of Soviet society.”

Launched at the peak of Cold War tensions, the project did not come without controversy. “There was a lot of pushback that all this federal money was being spent on interviewing some commies, right?” Rukhelman jokes. The desire of the researchers to capture the totality of the Soviet experience — the good, the bad, and the mundane — wasn’t always welcomed by those steeped in Cold War-era anti-Communist sentiment.

According to Brandenberger, HPSSS was subject to heightened speculation of “nefarious intent” given the reputation of U.S. academics at the time as sympathetic to the Soviet cause. Some senators, upon reading the HPSSS reports submitted to the Air Force, characterized the project as “insane” and consisting of “a lot of ‘professor’ theories.” Back in the Soviet Union, as the project’s research became more widely known, the Soviet government denounced the project as part of a greater American “plot to weaponize academia,” said Brandenberger. They cited the project as evidence that the CIA had burrowed itself deep into university culture.

Living in exile, most of the interviewees had a vested interest in presenting themselves a certain way during the study, consequently affecting the reliability of the data. “They probably felt a lot of pressure to be anti-Stalinist and anti-communist [in the interviews] because many of them had pending papers, hoping to emigrate to the U.S. or Canada,” says Brandenberger. Many denied ever having been members of the Communist Party and went to great pains to denounce communism, but when asked about their views on health care or education, for example, these alleged capitalists answered as would what Brandenberger termed a “social democrat.”

But there was much more to these interviews than capturing the ideological beliefs of their participants. HPSSS researchers sought to reveal the full scope of the Soviet experience, far beyond what the Air Force had expected, pushing back, in a way, against the strong anti-Soviet culture in the U.S. during the Cold War. “It was very brave of them to take the government [funding], but deliver a much more profound piece of work than they were asked to do,” said Brandenberger.

In one of the HPSSS interviews, a woman who worked as head of the educational section of an Industrial Institute recounts her student’s experience with heartbreak. “He told me, ‘I fell in love with a girl, madly in love, and she left me. I don’t want to live, I cannot live without her. I am leaving the Institute, as I cannot live in the same city with her and see her in the streets. I want to go to military school and die in a war, fighting.”

As the majority of these refugees had not been in the Soviet Union for years, these anonymous interviews may have been, for many, their first opportunity to speak to someone candidly about their life stories, indulge in nostalgia, and convey the suffering they had endured — an unexpected and colorful layer to a U.S. government-funded project intended to inform Cold War strategy.