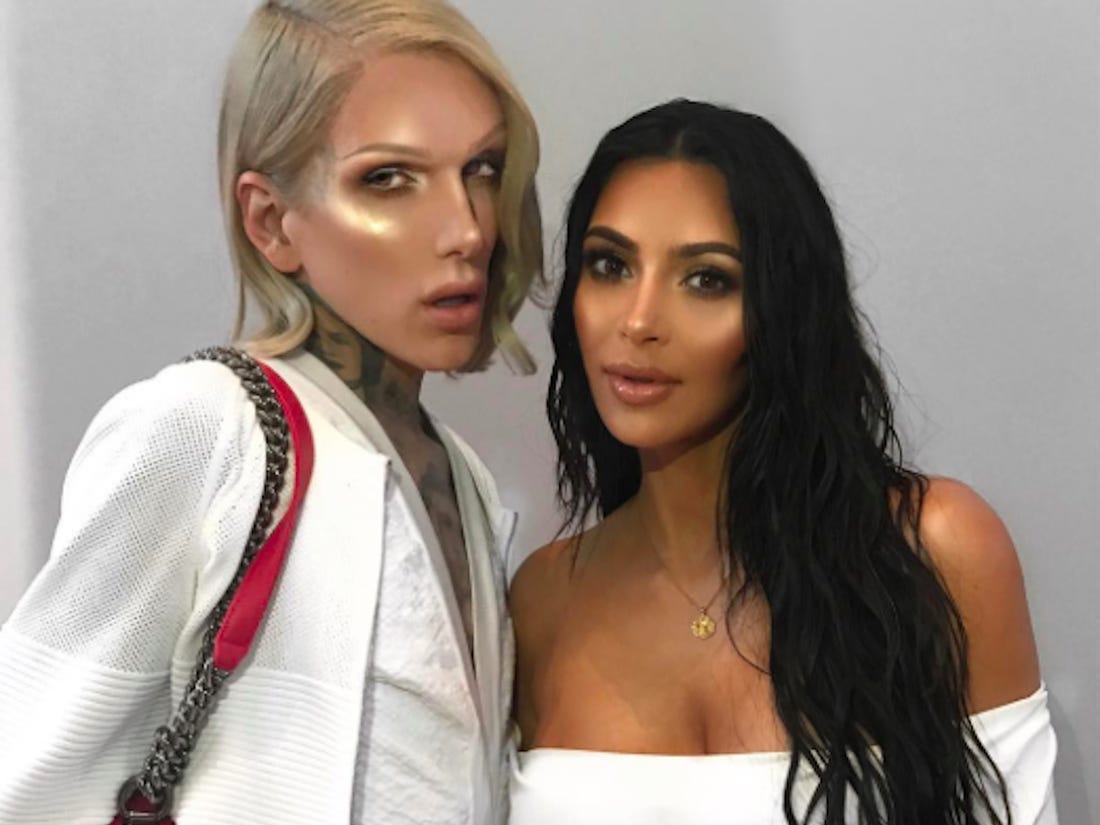 After almost seven years, it appears that the legendary marriage between Kim Kardashian and Kanye West, also known as Kimye, might be coming to a close. Following public disputes earlier last year, Kimye is allegedly discussing divorce, and one TikToker saw this as an opportunity.

On Jan. 5, a social media influencer named Ava Louise posted a TikTok where she alleged that Kanye West was having an affair with a prominent male makeup influencer. Though Louise did not specify the beauty guru she was referring to in her initial TikTok, she wasted no time in liking the comments that flooded the video speculating that the alleged affair was with millionaire makeup mogul and influencer Jeffree Star, all but confirming the theory. The fact that both Star and West owned property in the same region of Wyoming certainly didn’t dissuade speculators.

Historically, Jeffree Star revels in the opportunity to stoke drama in order to avoid more serious controversies. When directly questioned by another influencer about the alleged affair, he coyly responded “I’m having the best time in Wyoming.” Star also posted on social media tagging his location in Wyoming, captioned a photo “I’m ready for Sunday Service” (West’s weekly Christian gathering) and deleted old tweets that referred to West. He made sure not to immediately refute the claim.

Jeffree Star is no stranger to internet drama that leaks into mainstream news. Star has been accused on multiple occasions of blatant racism, organizing internet take-downs, and even sexual assault as of last year. In the wake of more recent racism allegations, Star featured several black men prominently in his videos, including romantic interests, which detractors speculated was an instance of performative anti-racism intended solely to shield him from further accusations of bigotry. Therefore, being romantically linked to Kanye West was likely an allegation he wouldn’t want to deny so soon.

Star eventually did deny the rumor in his video, “Addressing The Kanye Situation,” which explained away any lingering suspicions and cast extreme doubt on the validity of any of Louise’s statements. Louise is a self-proclaimed “clout-chaser” who was perhaps most famous for attempting to start a “challenge” of licking airplane toilet seats during the pandemic.

After Star dispelled the rumor, a friend of Louise took to TikTok to post an audio message where Louise claimed she made the entire story up for clicks, which Louise later confirmed herself. This entire situation should come as no surprise given she was previously a guest on Dr. Phil for her fame-hungry antics,and all of her TikTok videos revolve around vying for views and claiming her critics are simply jealous of her looks and success. If enough of her viewers had simply scrolled to her earlier content, this story likely would not have reached the heights that it did. Louise even went as far as to claim she was being sued by the Kardashian family — a claim that was immediately debunked by the aforementioned voice message and by Jenner’s representation, who responded that she had “zero clue who [Louise] is.”

TikTok has frequently been shown to spread mass disinformation, particularly in the case of the pandemic, which caused the removal of thousands of fraudulent videos and resulted in the “Be Informed” campaign to combat dangerous rumors. Despite the Star and West rumors being mostly harmless, they exemplify the wider issue of misinformation on TikTok.

— Staff writer Julia Kennish can be reached at julia.kennish@thecrimson.com