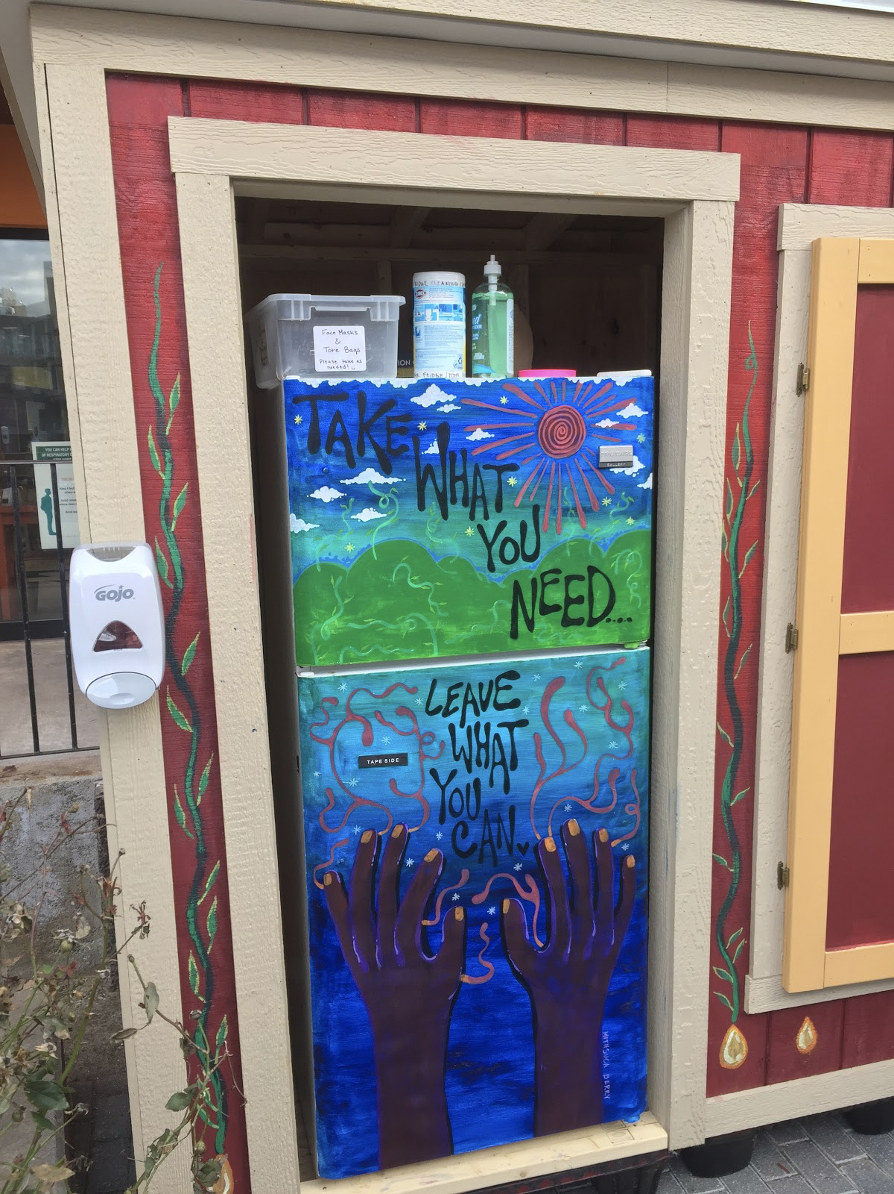 The “Fridge in the Square” project aims to mitigate food insecurity in Cambridge by allowing locals to donate and grab food items from the community fridge as needed.

“Please take what you need and leave what you can, thank you,” a sign on the community fridge reads.

Executive Director of HSBA Denise A. Jillson said in an interview with The Crimson the association helped coordinate bringing the fridge to Harvard Square after being approached with the idea.

“The executive director of Y2Y and one of the managers at The Sinclair contacted me and said that they had heard about this fridge project and they wanted it to come to Harvard Square,” she said. “We were thrilled to be working with them.”

Jillson added that the project was feasible due to the assistance of numerous HSBA members and volunteers.

“All of the elements came together very quickly,” she said. “I think from start to finish, from the time that I received the initial email to the time that the fridge was actually installed in Harvard Square, was just about three weeks.”

Several Fridge in the Square volunteers wrote in an emailed statement that the grassroots mutual aid networks behind the fridge are working together “to create new systems for how we practice collective care for our communities.”

“We want to reimagine and transform the way we practice justice and safety in our communities,” the volunteers wrote. “This work is rooted in Black abolitionist theory and practice and the transformative justice movement.”

They added that Fridge in the Square volunteers want to reinforce a “no questions asked” atmosphere around the fridge.

“We want the fridge to be a resource for folks in the community, so [it’s] important that we respect the privacy and anonymity of anyone who wants to partake in the fridge,” they wrote.

For Covid-19 precautions, the fridge is sanitized three times a day and premade food items are only accepted from licensed kitchens, according to the organizers. In addition, fridge volunteers must confirm that they are not experiencing Covid-19 symptoms and have not been in contact with an individual who has tested positive in the past 14 days.

According to Jillson, the fridge has been used “robustly” and organizers are working to ensure the fridge remains full.

“The biggest challenge will be to – and I think we’re up to the challenge – keeping it full and make sure that we’re taking care of the people in our community that need it,” she said.

Cambridge resident Benjamin N. Levy ’69 called the community fridge a “lovely idea." At the same time, he acknowledged what he believes are the fridge's limitations.

“It seemed to me that it would serve some population of people who have food deficiencies, but then there’s another population of homeless people,” Levy said. “I saw that the food that was available, most of it needed to be cooked somehow or heated. The homeless people, I didn’t know whether they'd have access to a microwave or any way to heat things,” he said.

The Fridge in the Square volunteers wrote that they are looking for donations of both non-food products — laundry detergent, face masks, and hand warmers — and food products, such as flour, cooking oil, fresh fruits, vegetables, and deli meat.