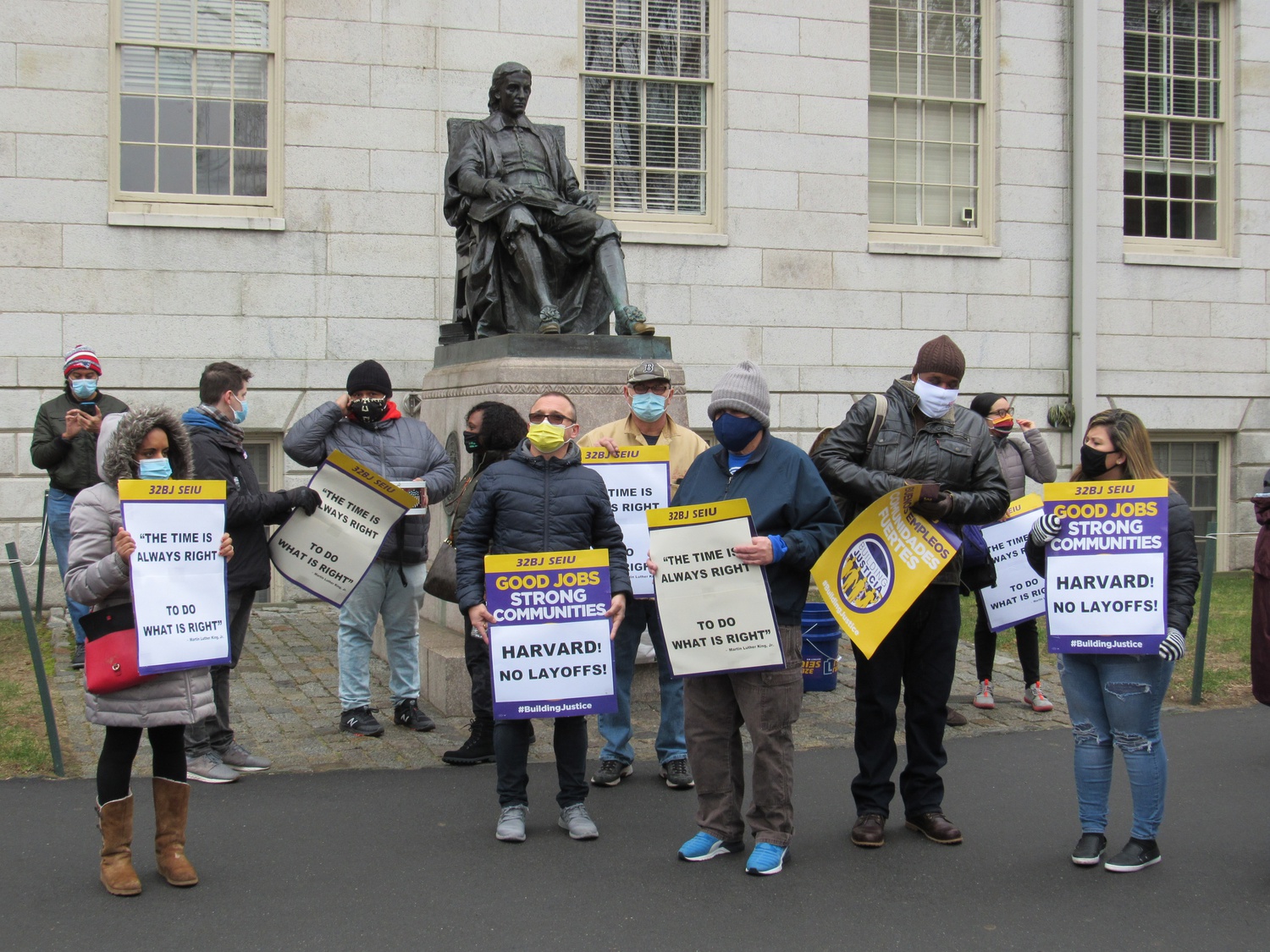 More than 30 Harvard workers and supporters called for contracted employees idled by the pandemic to receive paid leave in the spring during a rally in Harvard Yard Thursday. 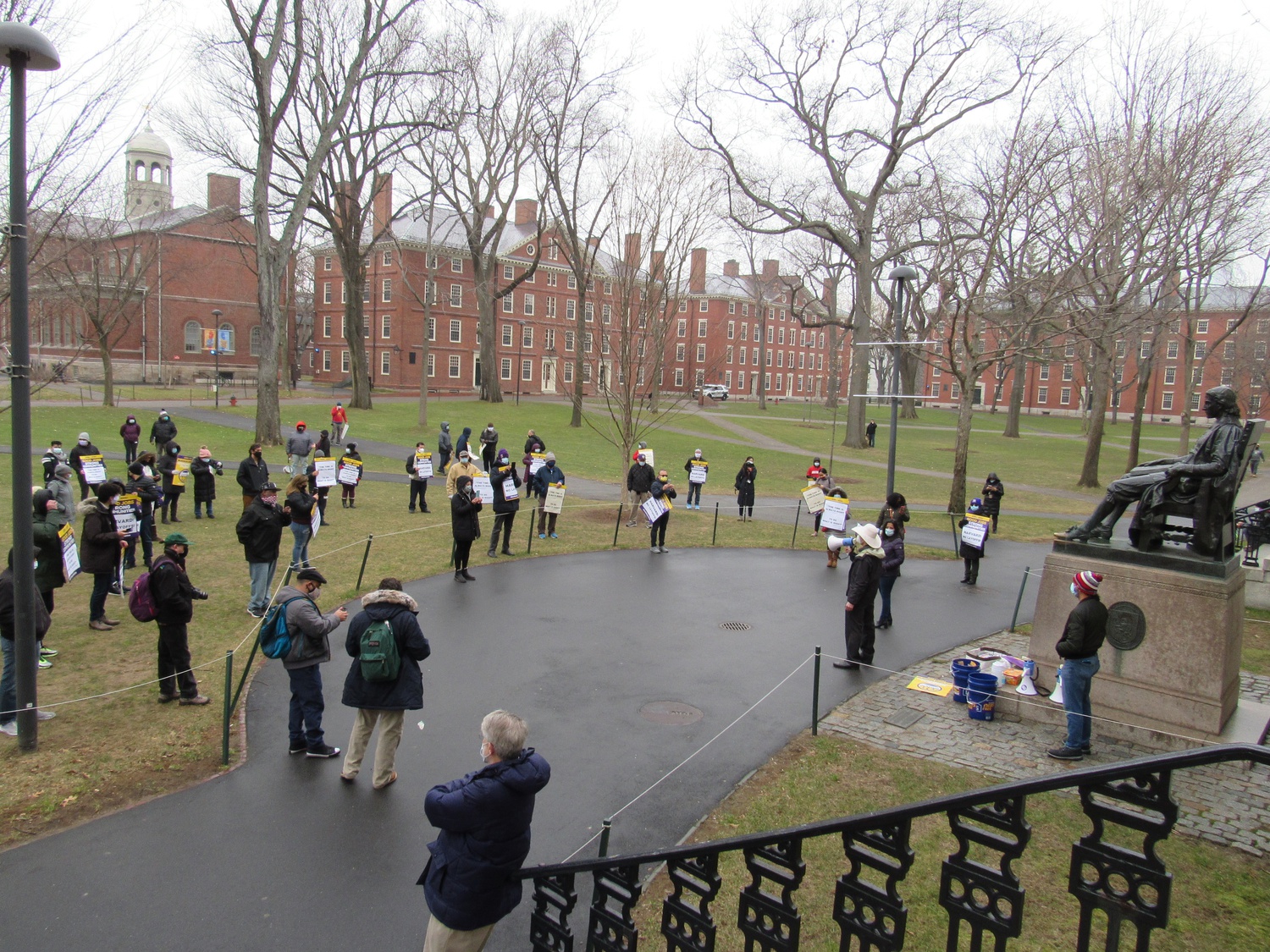 Harvard’s Student Labor Action Movement, among other student organizations, helped galvanize supporters and publicize the rally. It circulated a petition that has received more than 1,100 signatures from Harvard affiliates demanding the University extend the emergency excused absence policy.

“As the various Schools and Units at Harvard have moved forward with their planning for the spring semester, they will notify contractors if they intend to continue to contract for services that may still be idled due to the pandemic,” Newton wrote.

The Business School and the Graduate School of Education have already agreed to extend the 70 percent paid leave policy to all their idled workers, according to Roxana L. Rivera, vice president of 32BJ.

“At this point, we’d like Harvard to make the decision to include contracted workers, but short of that we impress upon each of the schools to be willing to follow the example of the Business School and the Graduate School of Education,” Rivera said in an interview at the rally.

Many union members and their allies have two broad justifications for extending the policy’s coverage: the University’s financial resources and a moral duty to workers and the communities they live in.

Rivera pointed out that the University’s endowment has risen to $41.9 billion despite the pandemic.

“Now that we have a vaccine in sight, we’re asking Harvard to just hold on and help these workers into the spring semester,” she said.

Law School chef Eugene Van Buren, a contracted employee who attended the rally, said that he may be laid off despite having worked at the Law School dining hall for nine years. Van Buren is a chief shop steward and serves on the executive board of Local 26.

“I have a daughter,” he said. “She’s a senior. She’s in her senior year in college and my son’s going into high school next year. This is paramount for me.”

Van Buren added that contracted workers are essential to Harvard and its students, noting that “we’re the people that supply that experience.” 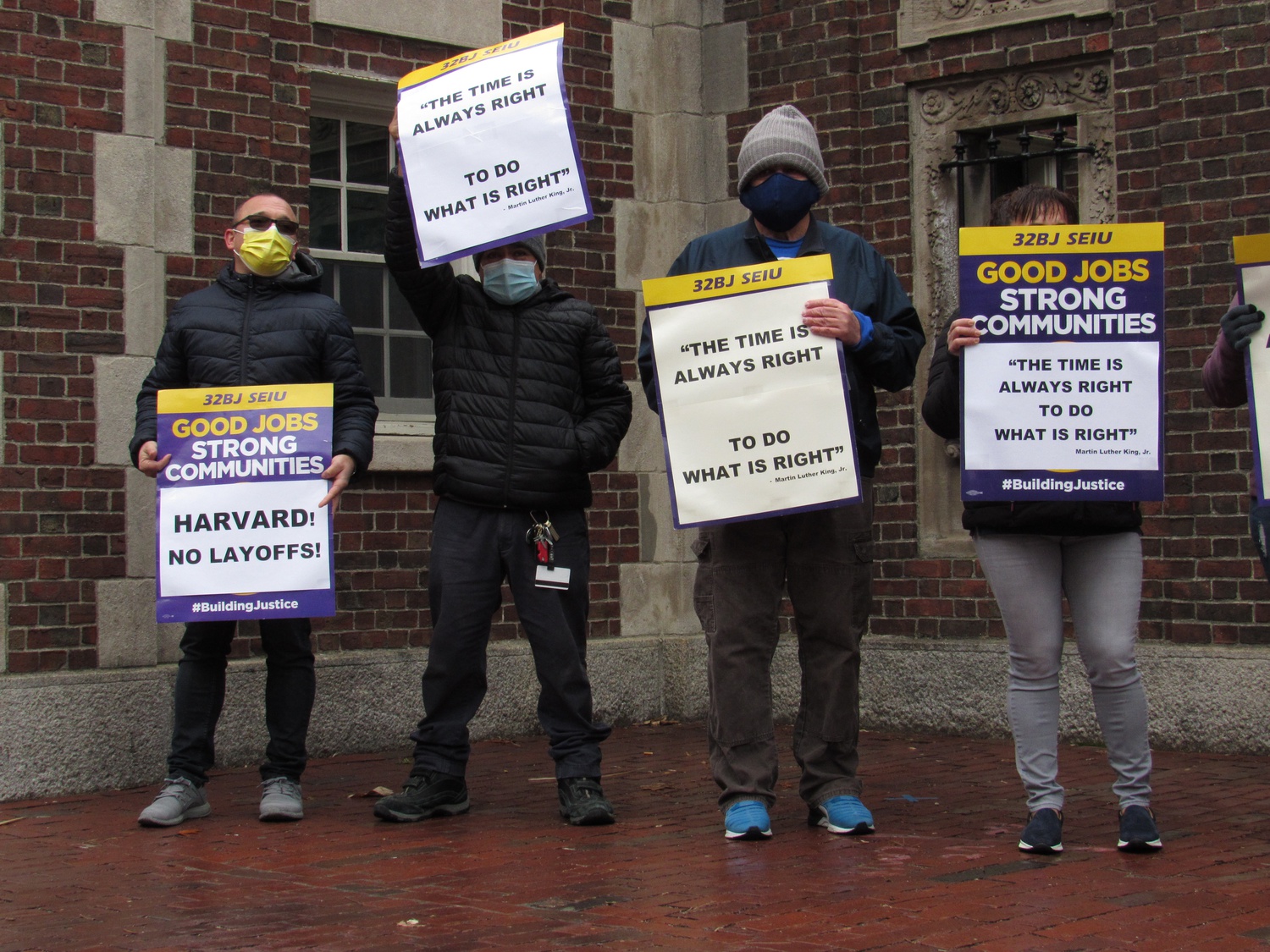 Kennedy School lecturer Richard Parker, who also attended the rally, called extending the paid leave policy “the right thing to do” given Harvard’s relative financial stability during the pandemic. Parker said that students and faculty should “take leadership” from unions and their representatives.

“Let their leaders tell us what we can do to help,” he said. “Many of us are prepared to act right now.”

In addition to the ongoing economic crisis, Rivera also noted that it is important to recognize the racial aspect of who is most at risk of losing their pay and benefits, especially with Martin Luther King Jr. Day coming up on Monday.

“They come from some of the hardest hit communities — and we’re talking about East Boston, Dorchester, Mattapan, Brockton, Everett, and Chelsea that have had the highest rates of COVID, that have seen the highest unemployment rate,” she said. “They are Black and Brown communities.” 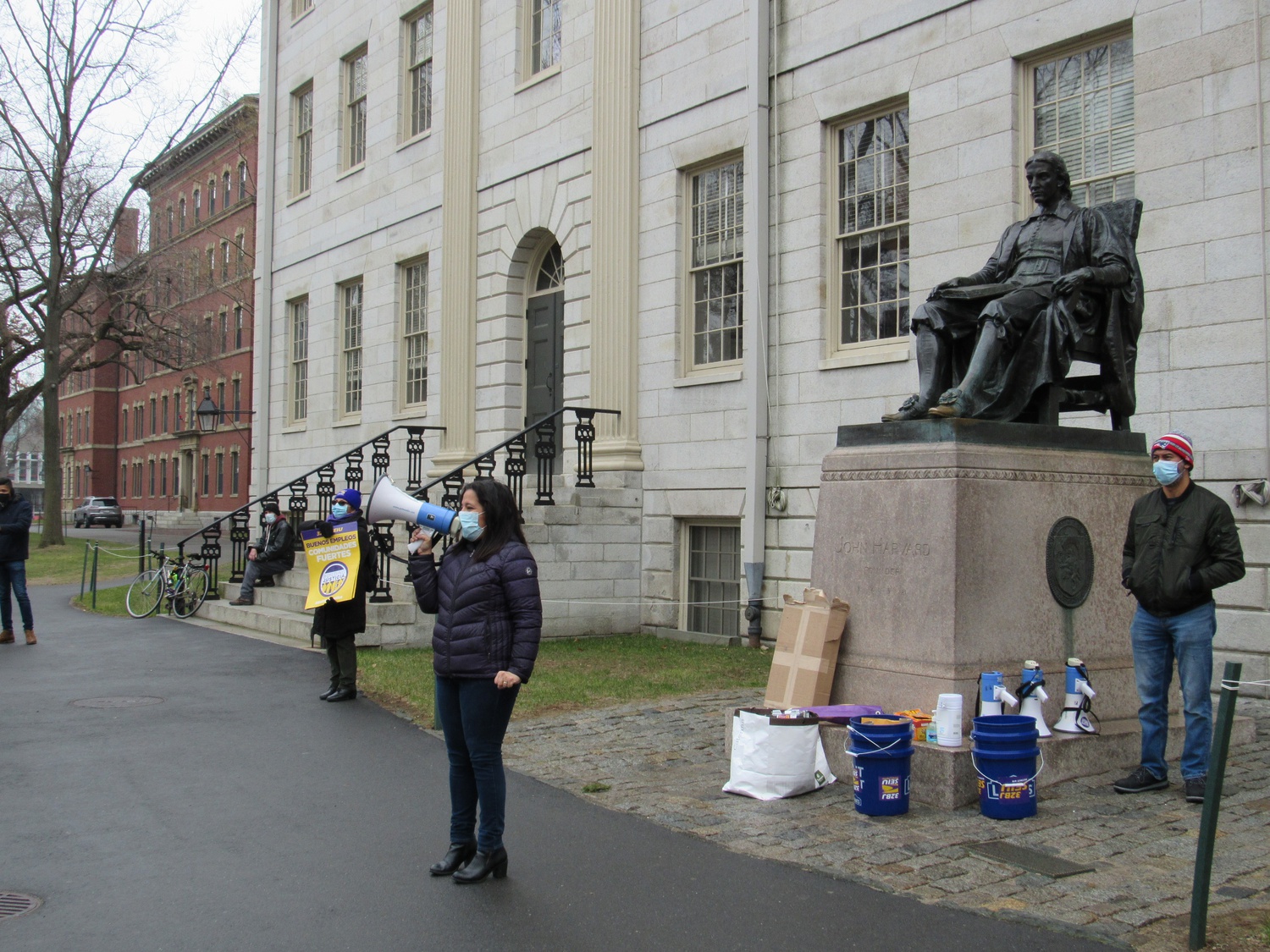 At the rally, organizers with megaphones quoted King, saying, “‘The time is always right to do what is right.’”

32BJ spokesperson Amanda Torres-Price wrote in an email that organizers and workers expect Harvard’s individual schools to announce their plans for contracted workers and layoffs more broadly in the coming days.