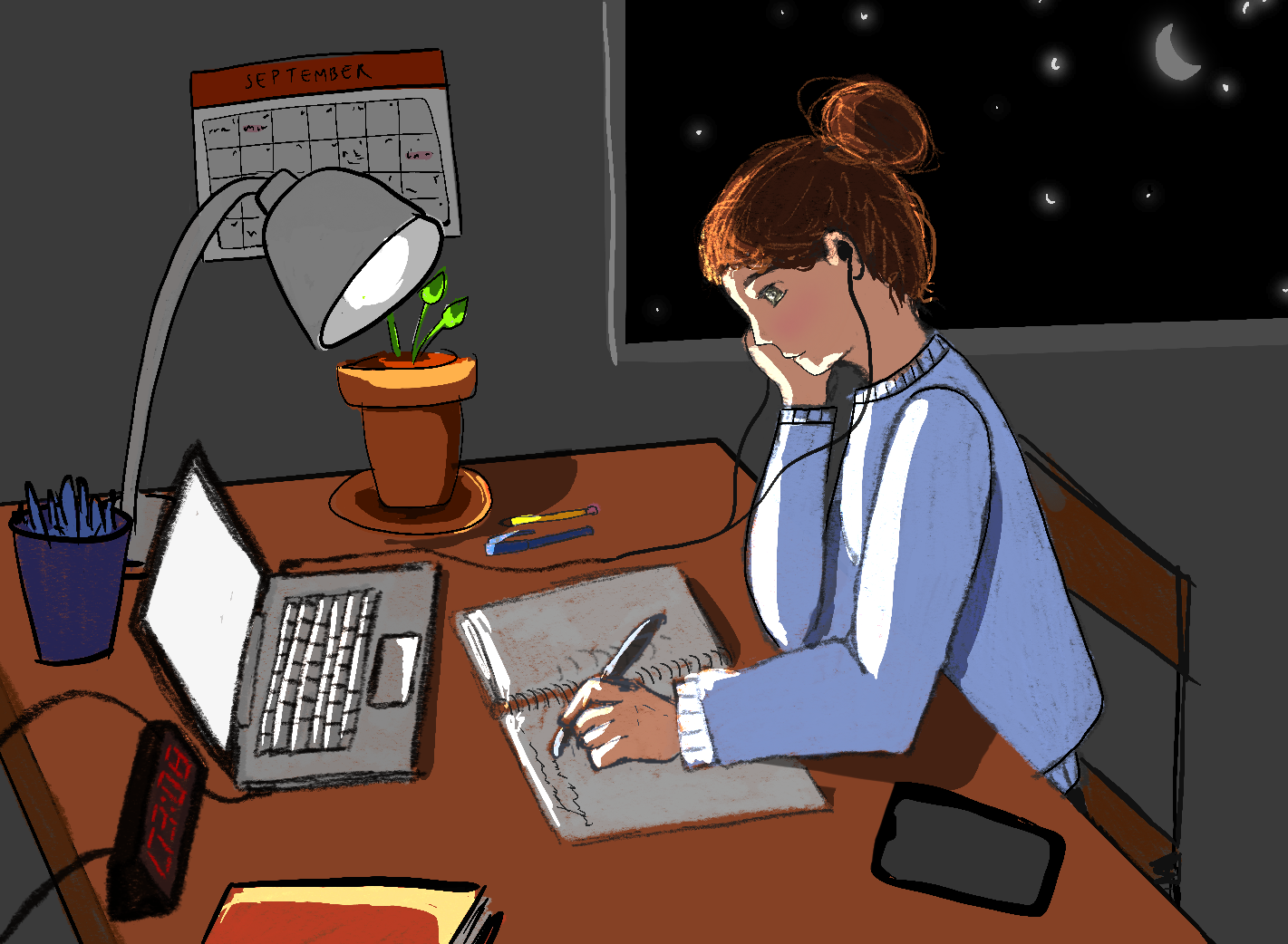 Though there is no typical Harvard experience this fall, many international students say they are getting less out of their semester than their fellow undergraduates. By Madison A. Shirazi
By Juliet E. Isselbacher and Amanda Y. Su, Crimson Staff Writers

Last spring, Amy M. Zhou ’21 went to sleep at 2 a.m., woke up at 6 a.m., went back to sleep at noon, and woke up at 4 p.m. each day. Classes had transitioned online, and Zhou had to accommodate Cambridge timetables from 14 time zones away.

“I set very strict boundaries in terms of when classes could start and end, which were that classes would have to end before midnight, and then the earliest they could start was 7 a.m. And these are all in my time,” she said.

For smaller classes, Zhou asked professors if they could shift the course meeting times, though she said they refused. Accounting for these restrictions, Zhou said her boundaries immediately eliminated 60 percent of her course options this fall.

Zhou and other international students said professors’ lack of accommodation has both curtailed their course options and forced them to adopt unsustainable schedules that keep them up at all hours. Others said time differences have barred them from accessing office hours and extracurricular activities. Though there is no typical Harvard experience this fall, many international students say they are getting less out of their semester than their fellow undergraduates.

While Zhou said she could have petitioned for campus housing, she ultimately decided to study at home. She said the virtual semester forced her to weigh a better educational experience against time with family.

“If I were to live near Boston, or live on campus, or just live in the states in general, that is forgoing time that I can spend with family,” she said. “I actually considered taking a semester off because I wanted to value my family time, but I also did want to forgo the quality of my education.”

Arhan Kumar ’23, who is living at his home in New Delhi, said Harvard has not made good on its promises to accommodate international students.

“I think the way the time zones have been managed is absolutely deplorable,” he said. “ I feel cheated.”

Kumar said he could not take his preferred Gen Ed because the class took place at 5 a.m. his time, and the professor declined to make special arrangements for him. Even without that course, his schedule is grueling: On his best days, he has classes from 8 p.m. to 12:30 a.m. On middling days, he has class from 6:30 p.m. until 3 a.m. And on his worst day, he has class from 12:15 a.m. to 8:30 a.m.

Kumar said that he would “certainly” take a leave of absence if not for Harvard’s policy that it cannot guarantee students on-campus housing upon their return. He wrote to the administration asking that they make an exception to the policy for international students struggling with time zones, but did not receive his desired response.

College spokesperson Rachael Dane said the College may be unable to offer every student housing if large numbers of students seek to return to campus en masse.

“In the event there is excess demand for housing in academic year 21–22 or thereafter, Harvard will establish and share a process through which students may apply for undergraduate residential housing,” Dane wrote. “International first year students who took a gap year are guaranteed housing under, as announced.”

Dane wrote that the administration has urged faculty to be “flexible” with students. She added that administrators encouraged students to email their instructor or other course staff members if they are facing any urgent issues. If instructors fail to respond in a timely manner, students can also contact their resident deans.

Dane added that the College began surveying undergraduates Monday to gauge their ability to engage with their courses.

Some students said their professors have worked with them to create more sustainable course schedules. Beverly J. Fu ’24, who is living at home in Singapore, said she has found faculty “super accommodating.”

She said her earliest class is at 7:30 p.m. and her latest at 2:45 a.m. — though the latter lecture is recorded, so she can watch it asynchronously. She usually pushes through, however, and relies on sleeping from 3 p.m. to 6 p.m. in the afternoon.

“I do think that this is a reasonable schedule, like staying up till 1:30 p.m. on average is not something that I wouldn't consider doing, even if I was on campus,” she said.

“One thing is office hours, I would say are very hard to attend sometimes,” she added. “For the afternoon office hours, that goes to like 3 a.m. to 4 a.m. in Singapore-slash-South Asian time zones, which can be difficult.”

Prabidhik Kc ’23 said his astrophysics and physics classes originally hosted office hours around 2 or 3 p.m., but shifted to a more convenient time.

“I asked if they could shift the time, and they were happy to change it and then yeah, so I at least can go to half of the office hours,” he said.

Beyond academics, a number of international students said they are struggling to maintain a lively commitment to their extracurricular activities.

“My life at home has been reduced to academic work,” he added.

Zhou said that, while she understands the challenges students’ varying time zones present, such issues have siloed her from undergraduate life.

“I can't attend a lot of the speaker and social events that either my house or clubs just the Harvard student board puts on,” Zhou said. “I think that makes it really easy for me, and other international students who are on this side of the world, to feel isolated.”

“At the same time, I realized this is difficult because we are a minority, and it can be difficult to try to accommodate everyone's requests,” she added.