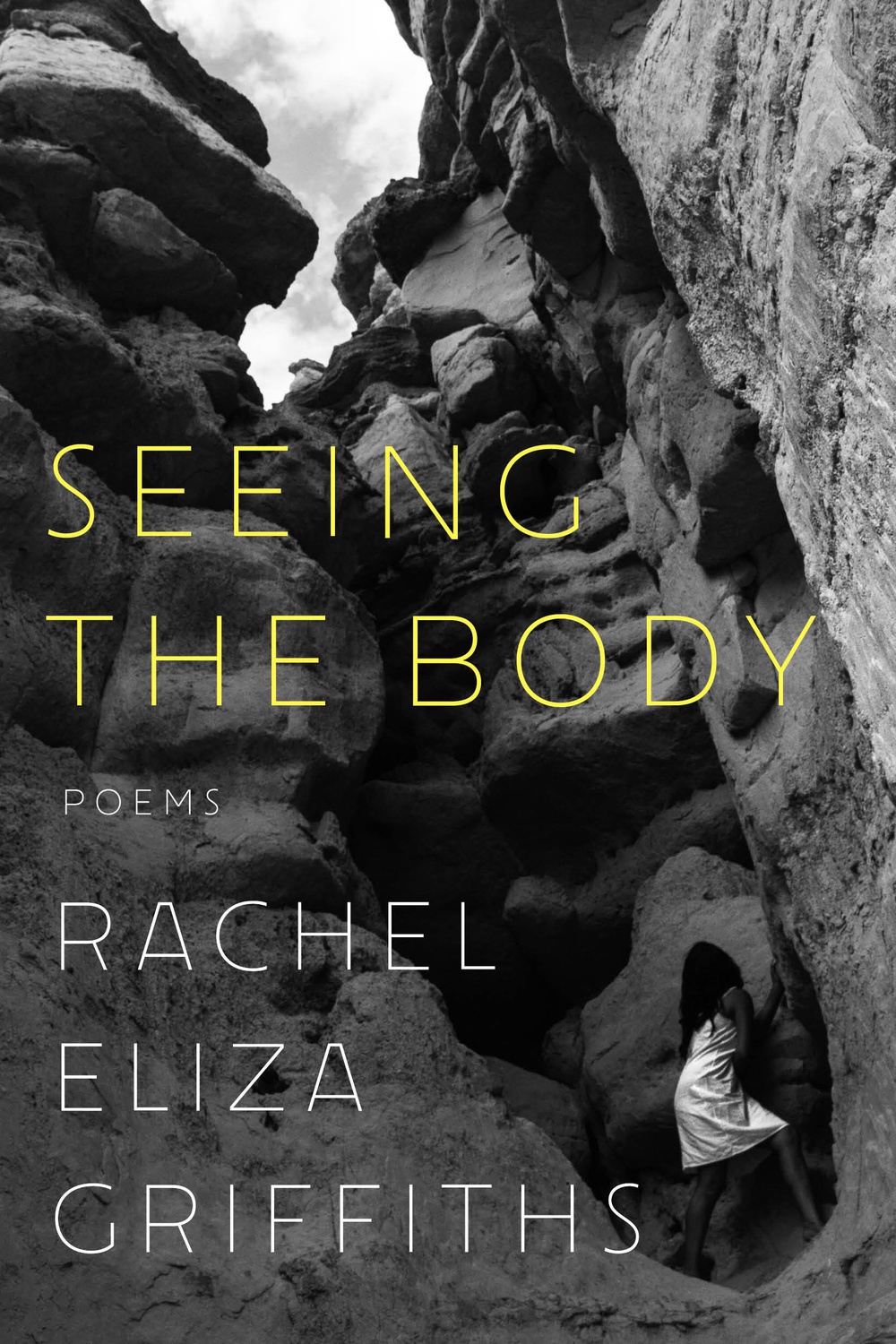 Cover art for "Seeing the Body." By Courtesy of W. W. Norton and Company
By Cassandra Luca, Crimson Staff Writer

To undergo emotional trauma, feel that trauma in one’s limbs, and then translate how that body feels in the wake of extreme grief and loss is a multi-step process, one that might well be described as “agonizing” — and yet Rachel Eliza Griffths has translated this trauma, beautifully, in “Seeing the Body.”

The loss of her mother, Michele Antoinette Pray-Griffths, anchors the collection thematically, permeating even seemingly unrelated poems within the collection. Despite the visceral pain, present in each and every line of each and every poem, Griffiths’ poems are filled with color and all its manifestations: gold in “Volume” and “Arch of Hysteria, Or, The Spider-Mother Becomes a Woman”; dripping honey, red, blood, and blue. The result is a lyrical yet forceful communication of pain that resonates across the senses. We can see it, hear it, feel it, and taste it.

The slim volume is bisected by a series of photographs — some overexposed, some exquisitely immersed in shadow — that reveal the extent of grief’s ability to both contort and guide the body. In one blurry image, all we see is the curve of Griffths’ spine. In another, her body unfolds, and all we see are her legs sticking out from behind a sofa, almost at rest. The final issue in the series depicts Griffiths approaching a tree with a few flowers in bloom, set against a sky that, even though the images are all in black and white, shows signs of developing into a thundercloud. Griffiths describes herself in the series as “a woman whose spirit is both emaciated and exhilarated in the face of monumental loss.”

All her poems are towering achievements, yet even from among them, a few stand out. Griffith's multifaceted experience of being a Black woman in the 21st century is integral to the collection. “Signs” clearly encapsulates the physical translation of grief: “My hair fell out. / Kinky questions black on my pillow, I wore wigs. / My doctor spoke of mutiny, of my eggs, the starless issue / of impossible children.” “My Rapes” is about just that, while also giving voice to how she didn’t speak of it and was told not to, encouraging future women who should write about their experiences.

This poem, delivered through long lines rendering it almost paragraph-like to the eye, will make you want to read rapidly, all the while forcing you to stop and wade through at a slow pace. It is impossible to not take in every word: “This terrible poem is for us, / we outlaw women who have taken off the silence / of our muzzles & armed our bones with stars, / we who leap from the attics we are burning down.”

Griffths skewers American culture and America’s endemic anti-Blackness. “Color Theory & Praxis I” critiques a white woman co-opting the death of Emmett Till in the name of artistic “expression”: “Imagine what it would take / to paint millions of broken black bones that way? / Dare she think she owns us too: the still-life my people / are still dying for?”

“Good America, Good Acts” quotes the famous line from the film “A Time to Kill” — “Now imagine she’s white” — and asks the reader to do the opposite of that: Think about what it means to be Black in America today, how “America has never surrendered / exposing its lust for blood.” The reader is complicit, too: “You aren’t doing anything anymore. / You’ve never done anything. Not you, not your country. / Everything that happened was long ago.”

And “Good Mother,” an ode to the woman who embraced Griffths in Rite Aid when she realized that Mother’s Day was imminent, so soon after her mother’s death, is not nearly as abstracted as her other poems, but viscerality courses through it and off the page. The book itself feels alive — a sentiment confirmed after reading even the very first line.