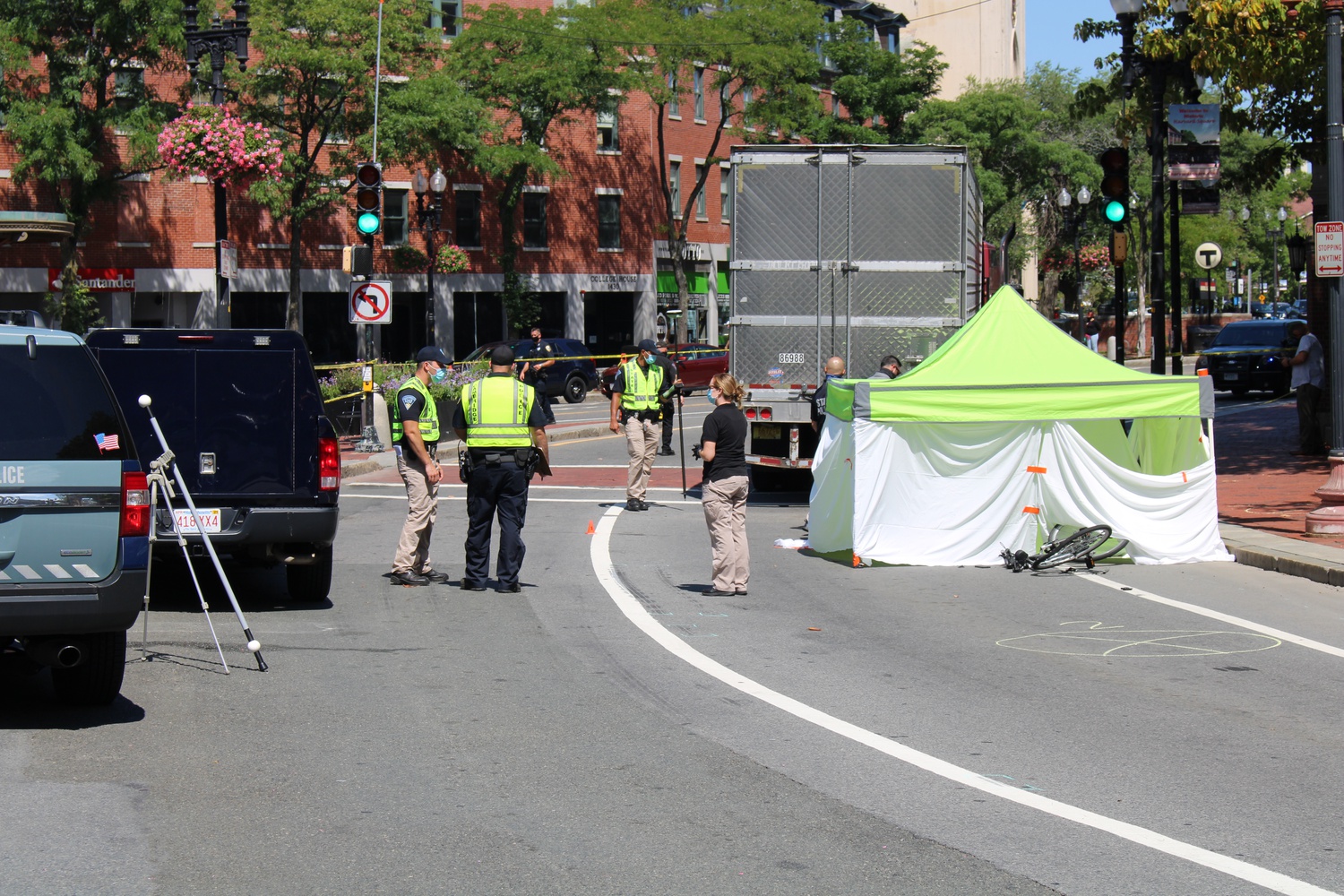 Willis was killed on Aug. 18 when a tractor-trailer collided with his bike near the former Out of Town News kiosk on Massachusetts Ave. His death intensified calls for Cambridge to institute safety measures for cyclists in the heavily trafficked Harvard Square area.

Another pedestrian, 67-year-old librarian Sharon Hamer, died in Sept. 2019 after being struck and killed by a truck while crossing outside of the crosswalk.

After Willis’s death, the city ultimately instituted a number of safety measures, such as constructing separated bike lanes.

Activists constructed a “Ghost Bike” memorial near the spot where Willis was killed. Ghost bikes are roadside memorials placed where cyclists have been killed or seriously injured.

In a video posted to Twitter, Everett thanked the attendees at the ceremony.

“By being here, you honor Darryl. By being present together, we proclaim that Darryl’s death will not go unnoticed,” Everett said.

“She presides on all of our ceremonies, and she has a beautiful ceremony prepared every time,” Cheung said.

“That was a really great improvement,” Cheung said. “Unfortunately, it did take a fatality for that to happen.”