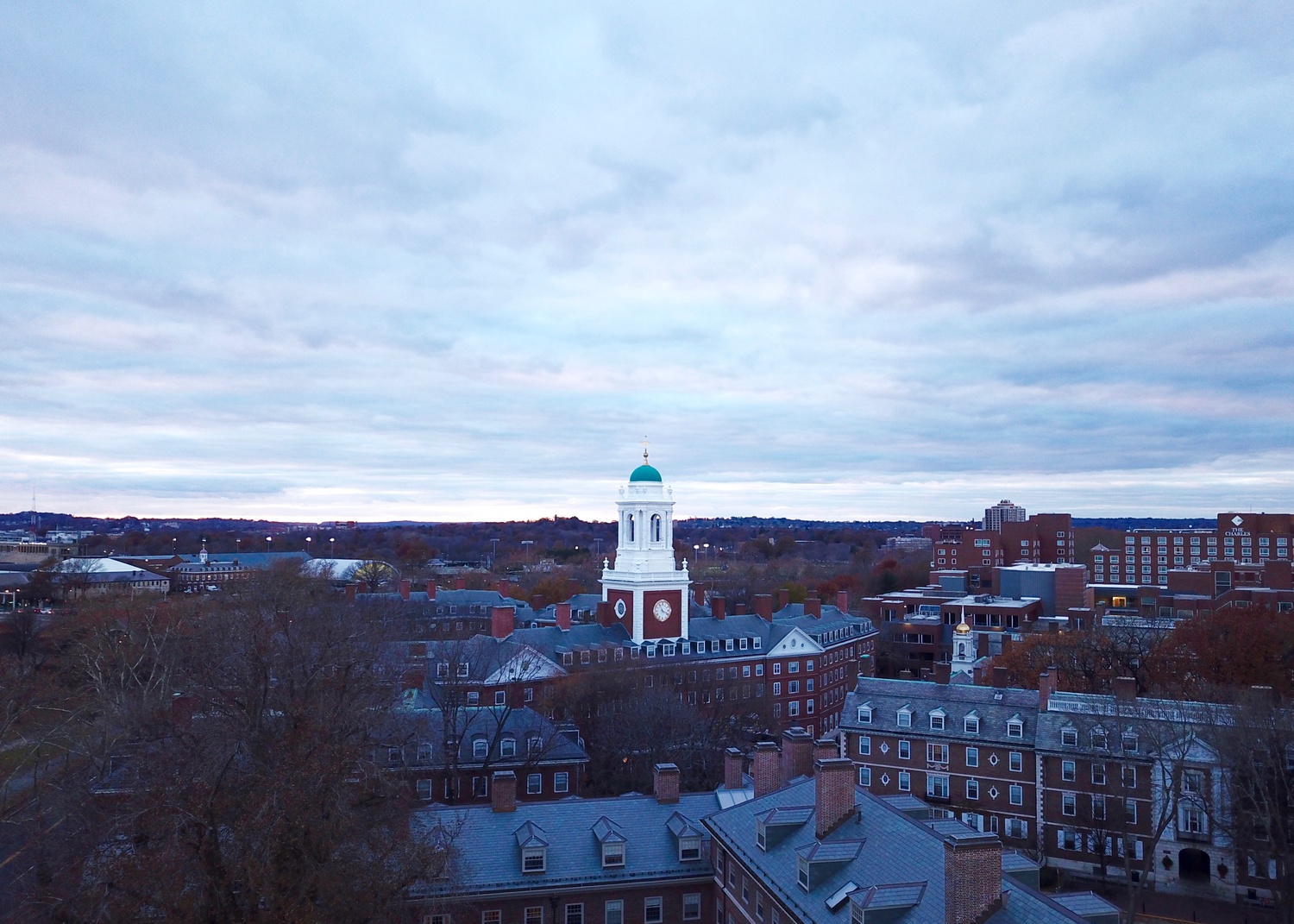 Students at an internal College focus group held Friday were instructed to answer questions under the assumption that Harvard will bring up to 40 percent of undergraduates back to campus in the fall, according to attendees.

Undergraduates who return to campus may have to form self-contained social “pods,” submit to regular testing, and face discipline for breaking Harvard College social distancing rules, according to students who attended focus groups this week. Facilitators did not indicate, however, which criteria the College would use to select returning students.

Last week, Dean of the Faculty of Arts and Sciences Claudine Gay announced that Harvard is considering three options for undergraduate living for the fall semester: maintaining the current low-density campus, housing 30 to 40 percent of College students, and bringing back all students. In each of the three scenarios, classes would be conducted largely — if not entirely — online.

The second pathway would allow one or two “natural cohorts” of students — freshmen, sophomores, juniors, or seniors — to live in residence, as well as those who lack the “necessary conditions” for learning in their home environment, or require access to campus-based resources to maintain their “academic continuity.”

The students who participated in the focus groups are members of the Harvard College Deans’ Student Advisory Panel. Dean of the College Rakesh Khurana and Dean of Undergraduate Education Amanda Claybaugh launched the panel in fall 2019 to provide administrators with a sounding board to gather information from undergraduates and to test potential policies and practices. The group initially provided advice on how students select their concentration, before pivoting to campus life during the COVID-19 pandemic.

College spokesperson Rachael Dane declined to comment on the topics discussed in the focus groups.

“He wasn’t 100 percent sure, and [he said] they didn’t give him much clarity on that,” Wang said. “But he did suggest for the sake of the exercise of just pondering this hypothetical, assume it’s for option B.”

“They seemed to go off of the general assumption that it's going to be that middle scenario of the 30 to 40 percent of people back on campus,” she said.

Still, Cole said there was no indication of which “natural cohorts” the College would welcome back to campus.

Many of the options College facilitators floated concern the shape of life on campus for students who do return. Students gave their opinions about 10- to 15-member “social pods,” which grade levels should return, dining options, disciplinary measures for non-compliant students, and tuition reductions.

Menat N. Bahnasy ’22 said an earlier focus group she attended discussed the likelihood of Harvard selecting either freshmen, seniors, or both grade levels.

“We talked about how important it would be for freshmen and seniors to return, because they’re pretty important years in the broader scheme of your college experience. Seniors are outgoing and freshmen are incoming,” Bahnasy said. “But we also thought about how this social dynamic might be a little bit strange and to have just the extremes of the ages on campus.”

Cole and several other students who participated in focus groups said administrators are considering asking students who move back on campus to form social “pods” of 10 to 15 students. These pods would become students’ only social circle for the semester.

“After testing, the members of that pod would be allowed to socialize normally with one another, and then socializing with friends outside the pod would have to be socially distanced with masks, or online,” Cole explained. “And then if one member of the group is infected, the whole group would need to quarantine.”

She added that her panel’s facilitator suggested administrators were “seriously considering” this model. Attendees raised some concerns about the prospect of “pods,” however.

“There's just a lot of social discomfort that could be around choosing who's in your pod, because obviously it has to be people you really, really trust,” Cole said. “What if you end up being in a pod with someone you don't know very well? It could be uncomfortable trying to get them to follow certain norms.”

Domenic A. Caturello ’22 said the students who participated in his focus group strongly opposed the idea due to its resemblance to blocking, the often fraught process by which Harvard students decide their housemates for their sophomore through their senior years.

“People were afraid of the drama that would be created when students have to choose the people in their groups,” Caturello said. “But unlike blocking, it would be the whole College, not just your grade level.”

“If you apply this policy to the whole College, how would freshmen be able to form a pod when they have just come to Harvard?” Shen said. “The problem of whether or not freshmen would actually be able to use this system is a concern.”

Recent focus group discussions also centered on how the College could institute and enforce a contract of social norms in line with public health guidelines.

Cole said some members of her focus group felt students who flout social distancing procedures should not face discipline from the Administrative Board, but that repeat offenders could reasonably be asked to leave campus.

She added her focus group generally agreed that students who felt either “unsafe” or “restricted” because of evolving policies should be allowed to leave campus in the middle of the semester and continue their studies from home.

Caturello said he suggested Harvard instead furnish a one-person room for students who repeatedly violated health and safety procedures and limit their social interaction privileges. He cited some students’ inability to return to challenging home environments.

Caturello raised other disciplinary concerns, such as how the administration would manage large, student-organized gatherings.

“How do you punish somebody for having a big party where people get infected?” he asked. “And how do the people who actually go to those social events get held accountable as well for having gone?”

Shen said his group discussed the question of undergraduates undertaking the responsibility of surveilling their fellow students and reporting their behavior to proctors or resident deans.

Aside from parties, students said Harvard’s dining halls will pose problems should a significant number of undergraduates return to campus.

Anne E. Bloomer ’22 said her focus group, which met Tuesday, favored the idea of making reservations at the dining hall.

“I would say that the people in my group reacted negatively to the idea of a grab-and-go type of thing,” she said. “If you're spending all day in your room, doing class, and then getting food from the dining hall but bringing it back to your room, that's kind of lonely — maybe not the best for one's mental health.”

Should students be unable to return to campus and courses continue online, some undergraduates indicated they would consider taking a leave of absence next semester. According to an Undergraduate Council poll late April, 44.9 percent of surveyed students reported they were very likely to take a leave in the case of a virtual semester, and 23.5 percent said they would be somewhat likely

However, many students said their decision was contingent upon whether the College would change its leave of absence policies, such as withholding financial aid or forcing students to take multiple semesters off. College assured undergraduates in a town hall last month that it would not alter its policies to deter leaves, though it could not guarantee them housing upon their return.

During a focus group panel last month, Wang said the facilitator asked students whether or not a tuition reduction next semester would be a sufficient incentive for undergraduates to not take a leave of absence.

“We discussed some questions such as, ‘would you consider a leave of absence?’” Wang said. “‘Would tuition reduction be potentially satisfying to students to stay in school?’”

As administrators finalize Harvard’s plans regarding residential life in the fall, Caturello said he hopes they will think critically about what defines the quintessential Harvard undergraduate experience.

“I want Harvard to really think about the fundamental aspects of being on campus because we already pretty much know we're going to have class online, we're not physically going to be attending classes,” Caturello said.

“So what is left that is making us still believe it's worth it to return? And how many of those core things, according to the situation in Cambridge and the science that we know at the time, can we uphold?” he added. “Because, if we can't uphold them, if we cannot have any social interactions, what is our reason for risking it and bringing everybody back on campus?”