Want to Watch ‘The Help’? Here Are 36 Things To Do Instead. 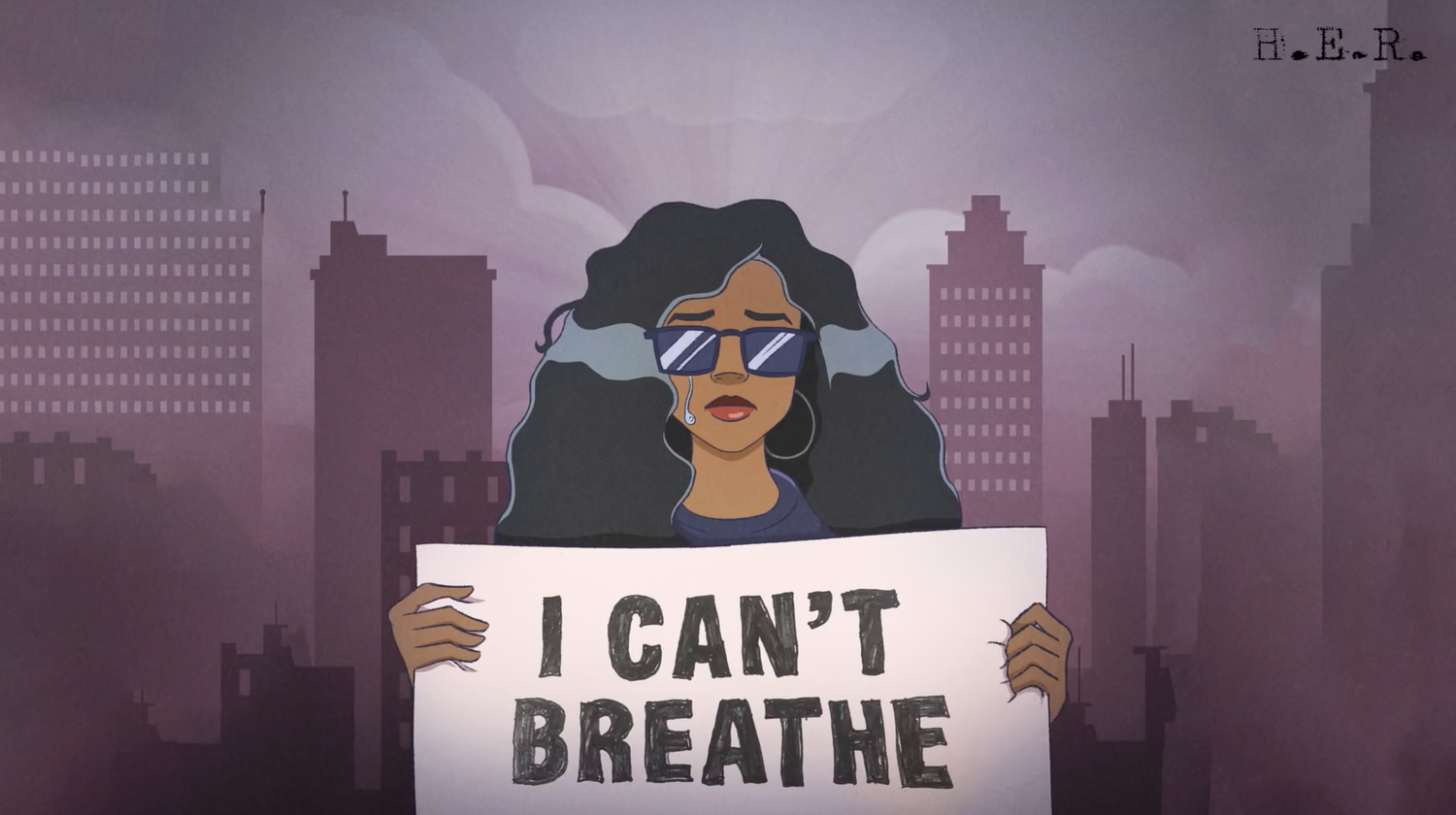 In light of the brutal murders of George Floyd, Breonna Taylor, Ahmaud Arbery, Tony McDade, Oluwatoyin “Toyin” Salau, and countless other Black people, conversations on race, videos of protests, and lists of fundraisers and resources have dominated the media over the last few weeks. At a time when the topic of race relations in America is on everyone’s mind, it makes sense that many people are looking towards art and media to fill in the gaps in their knowledge on Blackness in America. This may be why “The Help” (2011) became the current most watched movie on Netflix earlier this month. Given that “The Help” has garnered widespread criticism for whitewashing Black stories and centering a white savior narrative, its resurgence on Netflix during these crucial times is concerning to say the least.

Amid nationwide attention to the Black Lives Matter movement, streaming platforms like Netflix, Spotify, and Apple Music have taken it upon themselves to curate collections inspired by the movement. After seeing our own loved ones fall prey to the revisionist, feel-good narratives of movies and media like “The Help” or “Green Book,” we’ve decided to further the conversation with a list of films, television shows, music, theater and books that center Black people.

Want to watch “The Help?” Enjoy these Black entertainment staples instead.

DuVernay’s critically acclaimed documentary begins with the end of the American Civil War, tracing the economic, political, and historical underpinnings of mass incarceration in the United States.

Based on the memoir of the same name by lawyer and activist Bryan Stevenson, “Just Mercy” tells the story of Stevenson’s efforts to appeal the death row murder conviction of Walter McMillian in Alabama in 1989.

Peoples’s directorial debut introduces viewers to Turquoise Jones, a single mother preparing her daughter to win the title of “Miss. Juneteenth” in Fort Worth, Texas.

“Sorry to Bother You” follows the story of Cassius Green, a young Black telemarketer who adopts a “white voice” in order to succeed at his job and in doing so, gets swept into a world of corporate greed.

Peele’s directorial debut and Academy Award-winning horror film “Get Out” follows Chris Washington, a young Black man, as he visits his wealthy white liberal girlfriend’s family in the suburbs. During his time in the burbs, Chris uncovers the family’s dark plans for his future. Spoiler alert: Voting for Obama doesn’t make you not a racist.

“Self Made: Inspired by the Life of Madam C.J. Walker”

A Netflix original mini-series starring Octavia Spencer, “Self Made: Inspired by the Life of Madam C.J. Walker” tells the legendary story of Madame C.J. Walker as she builds her natural hair care empire and becomes America’s first female self-made millionaire. Based on the biography of Walker written by her great-great-granddaughter A'Lelia Bundles, this star-studded series combines the challenges Walker faced with an inspiring celebration of her incredible legacy.

“When They See Us”

Ava DuVernay’s retelling of the horrific trial of the Central Park Five is all the more necessary given our current president’s history. “When They See Us” juxtaposes the innocence of the five young men with the unflinching racism of their prosecutors, making this deeply moving portrait impossible to forget.

Kenya Barris’s sitcom “Black-ish” explores contemporary sociopolitical issues as it follows the Johnsons, a middle class African-American family juggling their own personal issues. Since its debut in 2014, “Black-ish” has prompted two spin-off series featuring some of the original series’s main characters: “Grown-ish” and “Mixed-ish.”

A witty, incisive portrayal of racism on elite college campuses, “Dear White People” is painfully familiar and relentlessly honest — a must watch for any college student.

Featuring a diverse cast and crew of predominantly queer and trans people of color, Ryan Murphy’s FX series “Pose” explores Black and Brown queer lives and the New York City ballroom community in the 1980s and '90s, at the height of the HIV epidemic.

“Black Hollywood: ‘They’ve Gotta Have Us’”

Simon Frederick’s docuseries traces the history of Black cinema and the rise of Black actors and filmmakers in Hollywood. “They’ve Gotta Have Us'' features interviews from influential Black cinema creators, such as Earl Cameron and Spike Lee, as well as behind-the-scenes looks at how some of the biggest names in Black Hollywood came to be.

Rife with masterful rapping, Prince inspired guitar, and references to Black culture and history that only other Black people would understand, Monáe’s third studio album epitomizes queer Black excellence. “Dirty Computer” is accompanied by what Monáe calls an “emotion picture,” a full length feature film in which the singer and visionary crafts a beautiful, queer Afrofuturist fantasy world.

Beyoncé’s 2016 visual album “Lemonade” is a genre-bending exploration of Black femininity, Black womanhood, and Black love. Encompassing a variety of Black musical influences, “Lemonade” places present-day Black expressionism in conversation with past oppression to depict the experiences of Black women in America.

“A Seat at the Table” — Solange

Solange’s third studio album “A Seat at the Table” breathes life into a distinctly Black American experience. An album inspired by her own experiences with Blackness, such as having to tell others “don’t touch my hair” and hearing her father’s stories of segregation and integration, it is no wonder Solange spent eight years writing, recording, and perfecting “A Seat at the Table” before its release in 2016.

On his fourth studio album, Lamar showcases his skill and versatility as a songwriter and rapper as he uses his music to tell stories inspired by his life growing up in Compton. In 2017, “DAMN.” became the first non-jazz and non-classical album to be awarded the Pulitzer Prize for Music.

“Just Be Free” is a 2014 album by Big Freedia, otherwise known as the queen of bounce — a style of hip-hop that originated in New Orleans. “Just Be Free” incorporates characteristics typical to bounce, such as quick beats created by a drum machine and instruction to dance, with EDM and house music influences like big bass drops and heavy use of synthesizers.

With rich, pleading vocals, H.E.R. uses some of George Floyd’s last words — “I Can’t Breathe” — to punctuate and summarize her part R&B, part spoken-word statement on Floyd’s death and the protests that have followed it.

Initially written with Michael Brown and Sandra Bland’s deaths in mind, the song’s heartbreaking chorus bears the weight of a mother’s grief concluded with the twisted line “I guess you picked the perfect way to die.” In her Instagram announcement of the song, Keys explained, “Of course, there is NO perfect way to die. That phrase doesn't even make sense. Just like it doesn't make sense that there are so many innocent lives that should not have been taken from us due to the destructive culture of police violence.”

A surprise Juneteenth release from Queen Bey, “BLACK PARADE” is an unapologetically Black song in which Beyoncé reminds listeners that she is a proud Black woman from the American South and invites them to relish their Blackness as well.

Noname doesn’t need one second longer than she uses on the 1 minute and 9 second call-out “Song 33.” A response to J. Cole’s misogynoir in “Snow on tha Bluff” and the recent murders of far too many Black people, the rapper, poet, and producer proves, once again, that she’s a leader of “the new vanguard.”

“Never Break” is the final song of Legend’s brand-new album “Bigger Love.” “An ode to love and hope and resilience,” as Legend describes it, the soaring ballad has taken on new meaning amid the Black Lives Matter protests.

On this new, never-before-heard solo version of Franklin’s 2006 hit, the Queen of Soul’s unparalleled vocals join The Boys Choir of Harlem for a true powerhouse of a song.

“Once on This Island”

Based on the classic novel by Alice Walker, “The Color Purple” tells the story of Celie, a young Black woman in early 20th century Georgia, as she survives abusive relationships and bigotry and learns to love others and herself.

A staple in Black musical theater, “The Wiz” is a soulful retelling of the classic “The Wizard of Oz.” “The Wiz” uses contemporary African-American culture and musical influences to tell the familiar story of Dorothy as she navigates the fantastical world of Oz.

Six-time Tony Award-winning musical “Dreamgirls” follows three Black singers who form a music group and enter the competitive world of the music industry in the 1960s.

Ntozake Shange first work, “for colored girls who have considered suicide / when the rainbow is enuf” is a series of 20 poems woven together with music and choreography to tell the stories of seven unnamed Black women as they experience love, empowerment, loss, and Black sisterhood.

“I Know Why the Caged Bird Sings” — Maya Angelou

In her 1969 autobiography, prolific writer and poet Maya Angelou details her experiences as a young Black woman coming of age in the American South.

A classic novel born during the Harlem Renaissance, Huston’s “Their Eyes Were Watching God” tells the story of Janie Crawford, a Black woman raised by her formerly enslaved grandmother as she navigates life, love, and hardships in the post-Civil War American South.

Rankine’s 2014 book-length poem weaves lyric poetry, prose, and images with Black history, Black culture, and Rankine’s own personal narrative. Through her use of text and media, Rankine explores American race relations and her identity as a Black woman growing up in the United States.

In her 1974 autobiography, the remarkable Angela Davis recounts her life from her time as a fugitive to her arrest, imprisonment, and subsequent acquittal as she fought for Black liberation. Davis’s masterfully written story weaves together stories from her time as a political prisoner with reflections on her life in a Civil Rights Era Birmingham, Alabama and her journey to political self-discovery.

“The Autobiography of Malcolm X: As Told to Alex Haley” — Malcolm X and Alex Haley

Published posthumously in 1965, “The Autobiography of Malcolm X” follows the life of the political rights activist from the time of his mother’s pregnancy to his assassination right before the completetion of the book. In the book’s epilogue, Malcolm X’s co-author, journalist Alex Haley, summarizes the final days of Malcolm X’s life and details the nature of their collaboration.

W. E. B. Du Bois combines personal narrative with critical race theory in his series of essays “The Souls of Black Folk.” A cornerstone of African-American literature and a seminal work in the history of sociology, “The Souls of Black Folk” is where Du Bois first uses the term “double consciousness” to explore the idea that Black people must be conscious of both how they view themselves and how the world views them.