Office for the Arts Creates Exhibition to Decorate Empty Campus 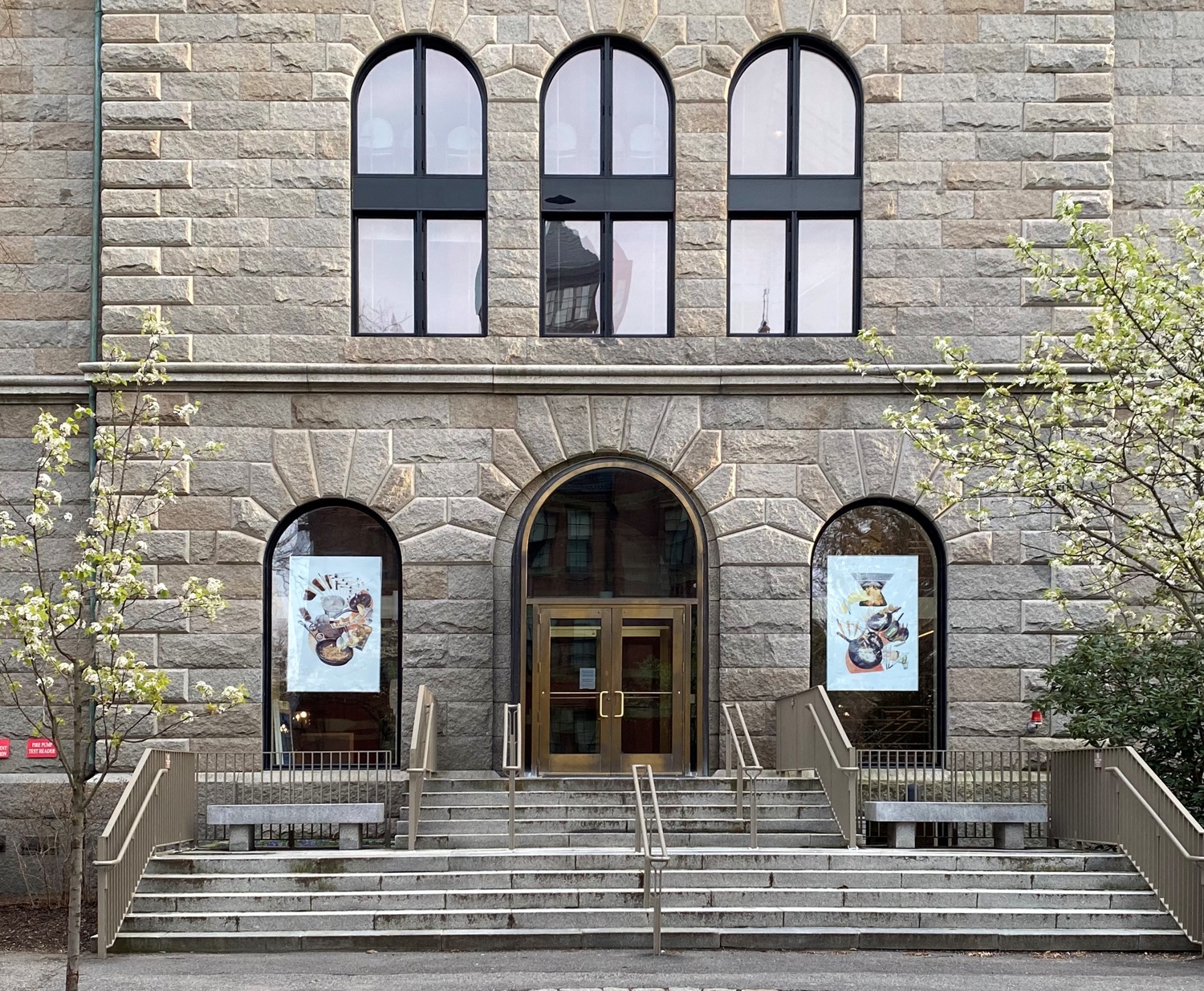 The Office for the Arts organized an exhibition called “Windows of Harvard,” installing visual artwork by 72 Harvard affiliates across campus and online.

The exhibition — which will remain open through the end of June — features paintings, photography, and other artwork that has been enlarged, printed, and hung on the windows of buildings around campus, from the Smith Campus Center to University Hall.

OFA staff member Marin J. Orlsoky Randow ’07-’08, one of the organizers of the exhibition, said the idea for “Windows of Harvard” was born from a chance conversation between herself and Brianne L. Sullivan, an administrative assistant at Harvard Common Spaces.

“I was taking a walk through Harvard Square and through campus, and I ran into Brianne,” Orlosky Randow said. “Brianne had been involved with a lot of the student move-out and remarked on how empty the buildings felt, and was wondering if there was some way that we could kind of enliven them and keep the sense of community that we all feel represented in some way in the buildings.”

When it came time to set up the physical installation, Sullivan “did all of the printing and installations herself” due to safety concerns in light of the ongoing COVID-19 pandemic, according to Orlosky Randow.

“What was decided for safety reasons was that since she was already designated an essential employee with authorization to enter buildings, and not wanting to put anyone else at risk, that she would be the only person allowed to do the installation, which was a huge undertaking,” Orlosky Randow said. “I'm really astounded by her dedication in taking it on."

Justin Zhu ’21, whose series of five photographs representing the classical elements is featured in the exhibition, said he was “very happy” to have his work displayed for the first time in a campus-wide project.

“This was my first time really displaying my work to the entire school, and I guess the whole world since anyone can see the artwork at the URL,” Zhu said. “I did participate in a few art exhibitions before in Pforzheimer House, but those were smaller scale arts and crafts projects confined to the house as opposed to the entire university.”

Sullivan said one of her goals when organizing this project was to ensure a variety of audiences — including both local Cambridge residents and Harvard affiliates living across the world — could partake in the exhibition.

“I grew up locally, and I remember growing up right down the street but never feeling welcome at Harvard or connected,” Sullivan said. “If I had known while growing up the kinds of resources that had been available to the public at Harvard, I think that I would have taken advantage of them.”

In addition to its ability to reach a variety of audiences, Sullivan also said she appreciated the diverse set of featured artists, saying that they do not all “claim artist as their first title.”

“I think a lot of people do art but they don't identify as an artist, and so when they see a call for art, they hesitate to submit,” Sullivan said. “A few of the pieces that are displayed outside Smith Campus Center actually are by security staff who work within the building.”

Uzo L. Ngwu ’23, whose digital art is featured in the exhibition said she was excited for the opportunity to “put myself out there as a new artist.”

“Honestly, artists are anyone who creates anything with meaning,” Ngwu said. “This exhibition allowed me to see the work of so many Harvard artists and connect with more creatives in the Harvard visual arts scene.”