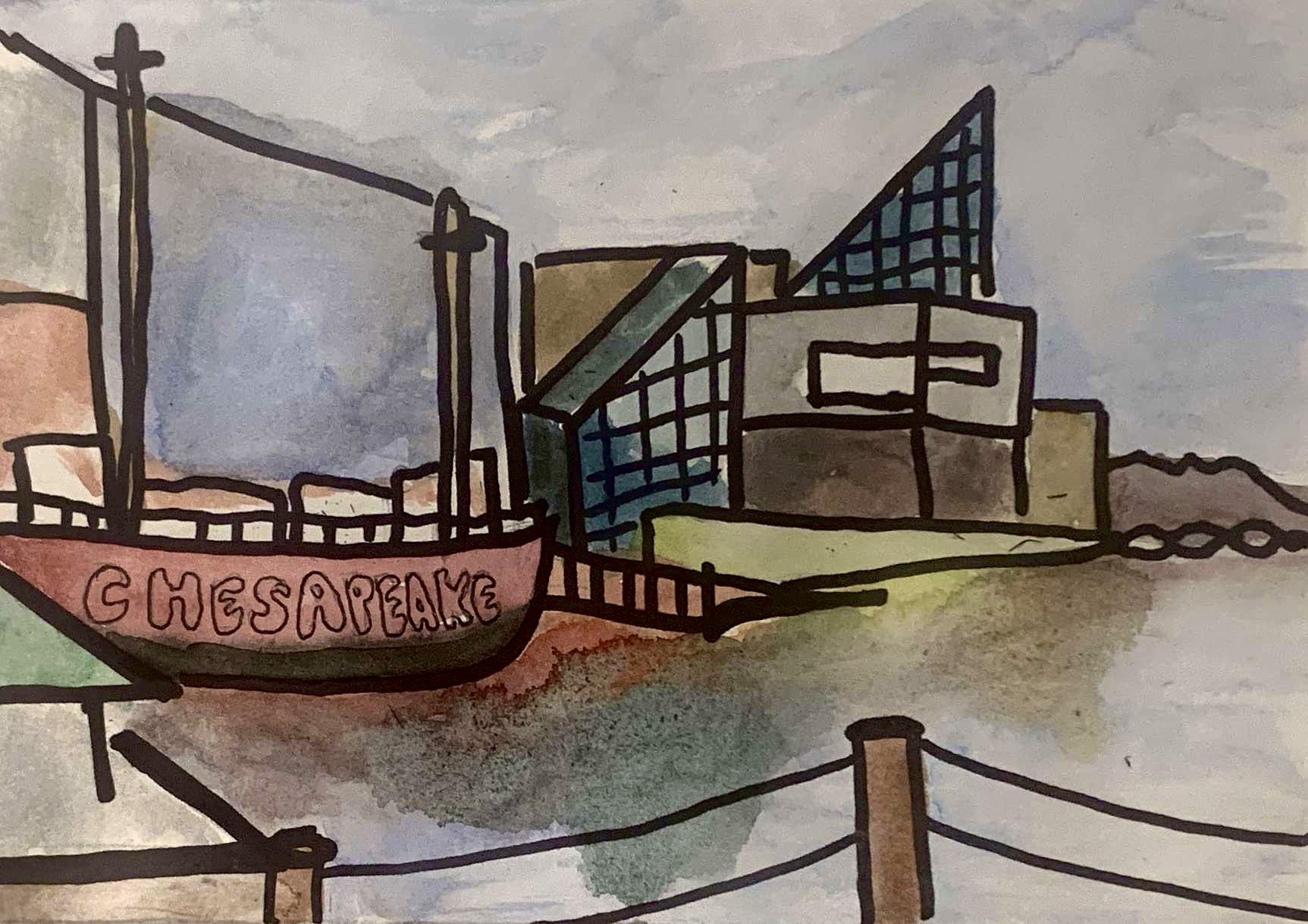 “So, where are you from?” I have been asked this question dozens of times by dozens of people during my time at Harvard. Every time, I return my well-rehearsed lie: “I’m from Baltimore, but I live in California now.”
By Harrison R. T. Ward

I have been asked this question dozens of times by dozens of people during my time at Harvard. Every time, I return my well-rehearsed lie: “I’m from Baltimore, but I live in California now.”

It’s technically true that I was born in Baltimore. Precisely, I was born in the University of Maryland Medical Center, where some decades earlier my great-grandmother was the first Black child to have been born there. It is technically true that I live in California. Precisely, I live in El Dorado Hills, where some 674 people are Black, or 1.6 percent of the town’s population of 42,108.

My answer is only revealed to be a lie when we, in the words of Malcolm Gladwell, “descend into the particulars.”

I did not live in Baltimore; I lived twenty minutes outside the city, in an affluent suburb called Howard County. Howard County’s astroturf sports facilities are where I learned to play lacrosse, its parks where I discovered my love of mountain biking, and its schools where I explored my passion for science and reading.

The distinction between being from Baltimore and being from outside Baltimore is meaningful when I consider where my father grew up, twenty minutes away, in the heart of the city. His childhood was not characterized by the privilege that defined mine.

Although I have lived in California for the last seven years, I feel that it never truly accepted me as one of its own, and in return I’ve been reluctant to call myself a “Californian.” Beyond my general disdain for avocado toast and the ocean, there was always some barrier, something irreconcilable between me and El Dorado Hills, the place whose name literally translates to “The Golden Hills.”

I first realized exactly what this barrier was at a lacrosse practice in 2015. A teammate was discussing the protests, turned riots, in Baltimore following the death of Freddie Gray at the hands of the Baltimore Police. My teammate said something to the effect of: “They have no right to destroy things like that; why are they so mad?”

I proceeded to lose my temper at this white teammate, this teammate whose name ends in "the third.” I responded: “Have you ever been to Baltimore? Of course not, you don’t know what the hell you’re talking about, so shut your mouth.”

I said this emphatically, righteously, as if I had an intimate knowledge of Baltimore — which I felt that I did. Before coming to practice I had watched coverage of the riots with my father. As the news copter moved around the city, he pointed out blocks and buildings and explained our family’s connection to them.

“That was your great-grandparents’ neighborhood,” he said. “You see that? I used to walk with your Aunt Joan to that drug store.” He kept pointing out places and listing names as we watched the city of my birth burn.

In that instant, sitting in my living room, some 3,000 miles away, I had never felt closer to nor further from Baltimore. While my father was talking, I began to realize how little of the city I actually knew — I could name every starting quarterback for the Baltimore Ravens, but I couldn’t even navigate between my great-grandparents’ home on North Pulaski Street and M&T Bank Stadium some two miles down the road.

My father’s stories and memories began to conjure in my mind the Baltimore of his youth, a more vibrant version of the city, before jobs in the steel yards left and corruption took their place, before a parking lot replaced my familial home on North Pulaski. This version of Baltimore replaced the burning buildings we saw on CNN, and suddenly I felt transported; I could almost feel the spray from the cracked fire hydrants that showered the city on hot summer days.

I realized then what the barrier between myself and El Dorado Hills was. It was the voice of my father, the memory of my aunts, uncles, and cousins, as my father narrated Baltimore burning to the ground.

Despite never being as intimately acquainted with Baltimore as I had hoped I would be, the city, my memories and those of my family, are with me always. I will always cherish Baltimore’s inner harbor, its Chesapeake Blue Crabs, its sports teams, its borderline fanatical obsession with the seasoning Old Bay. Its brutal winters, sea air, vibrant peoples, music, and artists will always be a fundamental part of who I am.

Baltimore will always be mine, in one way or another.

— Staff writer Harrison R. T. Ward can be reached at harrison.ward@thecrimson.com. Follow him on Twitter at @Hurrison_. This is one of five essays published as part of FM’s 2020 “Homecoming” feature.