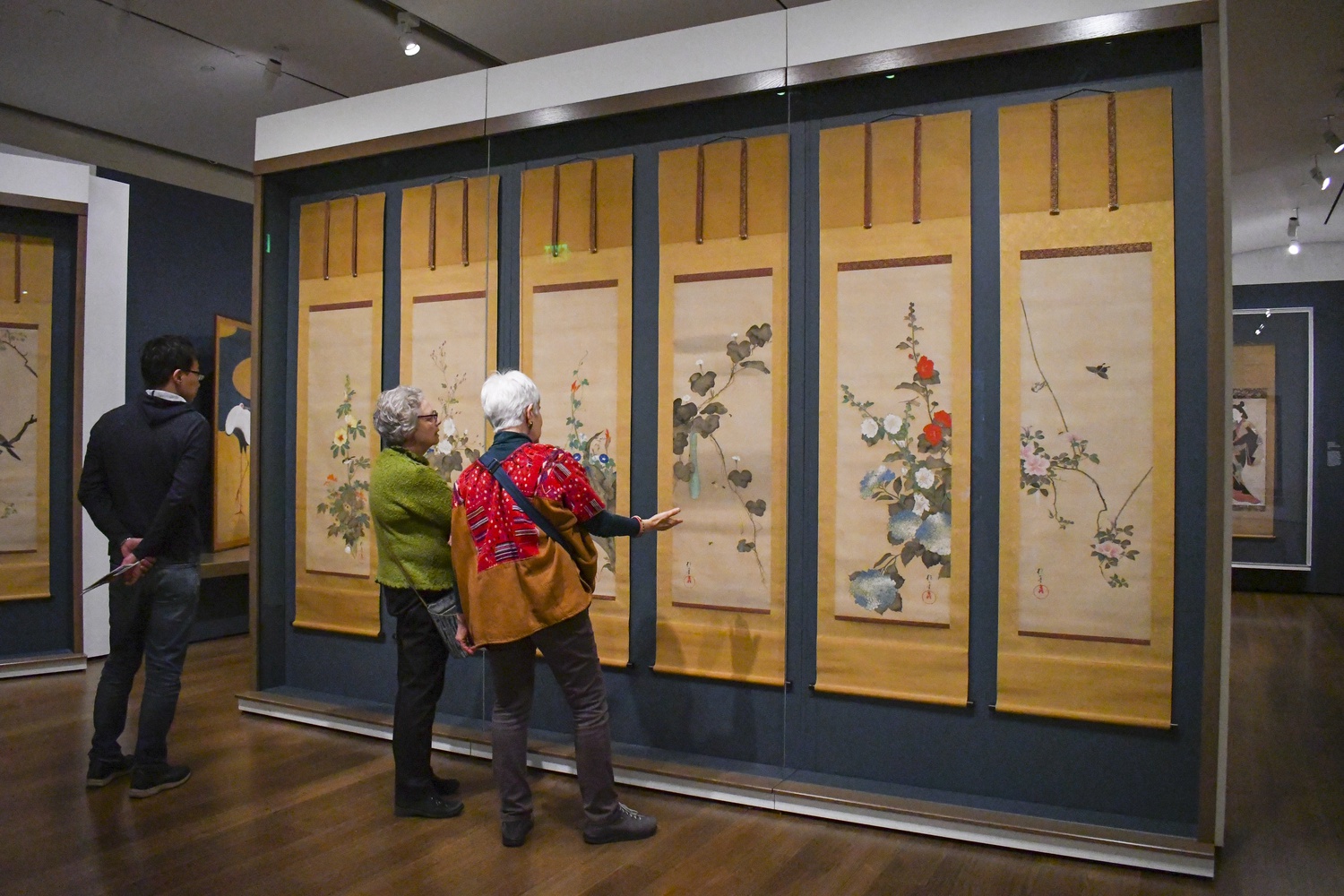 "Painting Edo" is the largest exhibition ever presented at the Harvard Art Museums. By Naomi S. Castellon-Perez
By Charlotte A. Powell, Contributing Writer

Editors' Note: The Harvard Art Museums are closed due to COVID-19 for the foreseeable future. This article was written before the closure.

Rachel M. Saunders is the Harvard Art Museums’ Curator of Asian Art and co-curator of the “Painting Edo” exhibition, the largest temporary exhibit in the museum’s history. Saunders spoke with The Harvard Crimson about the exhibit and Edo painting.

The Harvard Crimson: What were your goals with “Painting Edo”?

Rachel M. Saunders: What was really important to me was not just that we would present a history of early modern painting in Japan, but that we recreate a space where people could have the opportunity to experience seeing differently. We all operate in these kind of habituated frames of reference, whether they're visual or intellectual, whatever they are, and we’re often not aware of them… The way that Edo paintings are constructed is so different than the way contemporary paintings in Europe would have been. They have one set of rules and Edo painting has another set of rules. It's appreciating those without making value judgments that's so important.

THC: What are the rules of Edo painting?

RMS: In dealing with early modern Japanese painting there's a massive variety of different styles, different types of painting, and different materials. We have people painting in just ink on paper and very simple materials. There's Literati painting, which is meant to have an amateur aesthetic, even if the painters weren't amateurs... On the other end of the scale, you've got professional painting from people like the Kano school who were painting for patrons who specifically want paintings that reflect their power and their status. There's gold, a lot of expensive blues and greens. And they're usually commissioned by a subject that reflects what they want to see. These paintings are both reflecting something of the world that they're producing and also constructing worlds. They do the two things at the same time. That's why we call [the exhibition] "Painting Edo." It's supposed to be a little bit of a playful riff on that idea that paintings create worlds as well as reflect them…

If you are an Edo specialist, you'll notice that some of the subject headings in the exhibition look different than you would probably expect. But that's because we were trying to go back to contemporary notions of what it meant to be a Literati painter or painter who followed Korōn.

THC: Why did the Edo period see such a large shift in Japanese painting?

RMS: In the Edo period, we're experiencing new technologies, things like the microscope and the telescope. Suddenly, a tiny insect becomes a giant monster, or stars become visible in a different way. The universe changes. There's another movement that's important, both historically and scientifically; in Japanese it's called honzogaku. It gets translated as medical botany. Of course, there have been studies of plants forever in Asia and Europe… We did an event with the keeper of living collections. His name was Michael Dosmann. He looks at paintings a very different way than I do… what the keeper of living collections at the operation noticed when he looked at the screen was, “goodness, I could teach a whole class on taxa from this screen!” They don't look particularly realistic. But then he looked at them and said, “No, the person who painted this really knew these parts because they're capturing all the features of the technical features very carefully.”

THC: What can modern viewers learn from Edo painting?

RMS: I am a very strong believer in the fact that you do not need to use only what was produced in the last 20 years to talk about contemporary issues. Because we are the here and now, we have our interactions with these paintings here. In the contemporary moment, we can still experience beyond ourselves and beyond our own moment in time without using contemporary art.