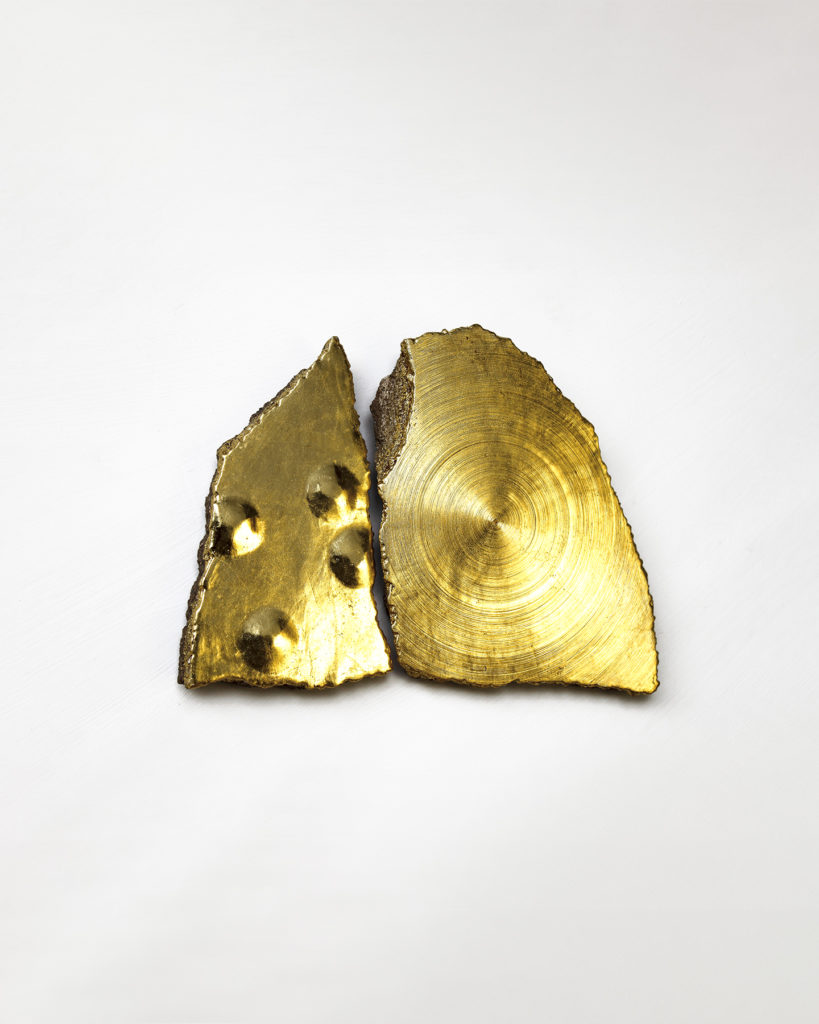 Editors' Note: The Fuller Craft Museum is closed due to COVID-19 for the foreseeable future. This article was written before the closure.

In honor of its 50th anniversary, the Fuller Craft Museum — located in Brockton, Massachusetts — has crafted a multifaceted, gold-themed exhibit to display their artistic achievements throughout the past half-century.

Beth McLaughlin, the chief curator at Fuller Craft Museum, explained why the museum chose gold as a medium.

“It was a really powerful media to honor our history and all the accomplishments that we've had over the 50 years that we've been here,” McLaughlin said.

The past 50 years have been transformative for Fuller Craft, which has grown from a general art museum to, in the past 15 years, a craft-specific outlet.

“So this was a great opportunity for us to present both works from the fine art world and the craft world to really capture our full history,” McLaughlin said.

Suzanne Ramljak, the exhibit’s co-curator, further explained the significance behind the selection of gold.

“The multiplicity of materials and the media and approaches that represent the museum's history are also combined with the multiple perspectives and associations that gold carries,” Ramljak said. “So you'll hear me say there's not just one gold there, there are multiple golds: many shades of gold, many meanings and functions of gold throughout cultural history… gold functions in positive and negative ways throughout history.”

Gold in all forms, shades, and styles adorns the walls of “Striking Gold: Fuller at Fifty,” weaved into fabrics and jewelry, melded with porcelain and other materials. However, another, less-familiar use of the material is also interlaced into the exhibit: “dirty” gold and golden guns. The exhibit aims not only to celebrate the accomplishments of the museum, but also to evoke deeper discussion. According to McLaughlin, it strives to make visitors question previously held perspectives and engage in a more active viewing experience.

This more personalized viewing also extends to another exhibit within Fuller Craft Museum, “Serious Bling: Radical Jewelry Makeover —The Artist Project.” “Serious Bling” demonstrates 32 unique, striking pieces of jewelry, and invites viewers to reevaluate how they perceive the impact of their actions upon the wider world. The project, curated by Susie Ganch, tackles its goal in an unconventional way: through hand-crafted jewelry remade from recycled materials.

Ganch explained that her project means to address the problem of sustainability and bring about more meaning to the jewelry items that consumers wear. In addition, the exhibit provides artists from around the world with the opportunity to create art from already existing materials.

“People don't really think about jewelry that much,” Ganch said. “Jewelry is something you put on and you forget about, but somebody made it. And it's made because of a reason... We're trying to give it as much exposure and attract as many people to it as possible. Because in part, we're trying to say, maybe you don't need a lot of jewelry. Maybe you need a few really great things.”

This message of renewability speaks to a more economically and ecologically friendly approach to designing jewelry, one many consumers have already bought into.

When asked about the personal significance behind the pieces — especially for those designing them — Ganch brought the idea of narrative into the spotlight.

“Some of that artwork in there is imbued with sentimentality and narrative, but a lot of the artists are not imbuing a new narrative,” she said. “They're actually accepting an aesthetic from the previous life of the material they've selected, and maybe not dealing with the donor’s story … When the donor gives us their jewelry and they tell a story about why they gave it to us, artists choose to use it or not.”

According to Ganch, the goals of “Serious Bling” are sustainability and accessibility, particularly accessibility to a new conception of artistry. Each jewelry piece has not only been crafted with precision and the intent to remake the materials themselves, but also with the intent to reconstruct the minds of those who are willing to listen. At the Fuller Craft Museum, this transformation has already begun.