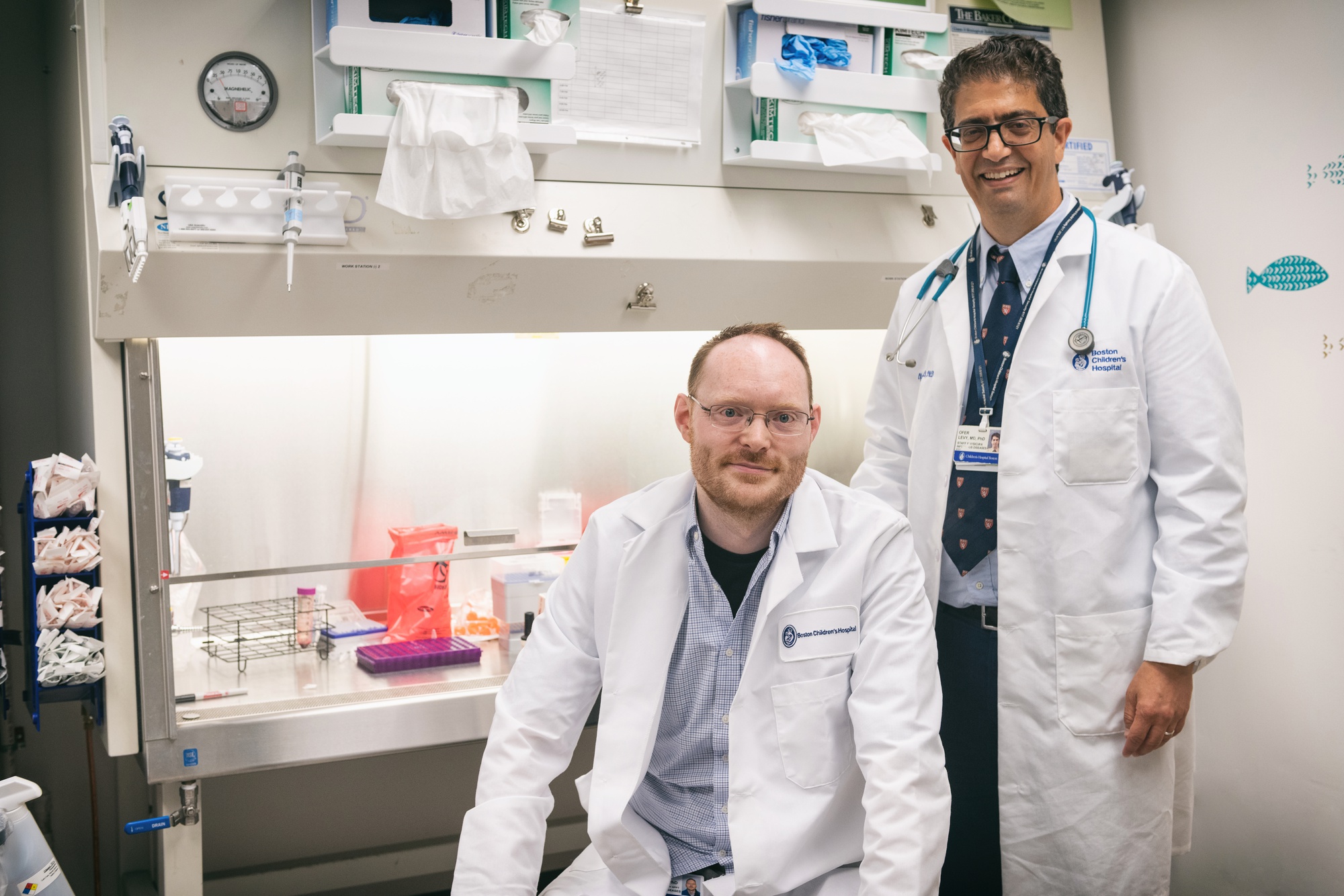 Doctors Ofer Levy and David J. Dowling lead the Adjuvant Discovery Program, which has focused its efforts on finding an adjuvanted vaccine for coronavirus. “
Advertisement
Advertisement

A Harvard Scientist's Search for a Coronavirus Vaccine

Levy predicts that there will be a spectrum of reactions to the pandemic once it is over, ranging from demands for stricter border controls to calls for increased global cooperation. He hopes that the public doesn’t forget the crisis, but instead strengthens its dedication to public health, research, and vaccine development to prepare for future pandemics. He warns, “The next one is just around the corner.”
By Benjamin Chang

In recent weeks, the Boston sun has often yet to rise when Doctor Ofer Levy arrives at the lab each morning at five or six a.m. But rarely does he enter an empty workplace — instead, he typically finds that the lab is already abuzz with scientists who have been there since three or four a.m.

Levy is no stranger to challenges. However, his lab now faces one of the most urgent and difficult challenges of his scientific career: finding a vaccine for coronavirus.

Levy grew up surrounded by science. “My grandfather used to take me hunting for fossils in southern Israel in the Negev Desert when I was a little boy,” he recalls. His uncle was a poet, artist, and hematologist. “[He] got me interested in blood coagulation research,” Levy explains.

Levy studied molecular biology as an undergraduate at Yale, then went to medical school at NYU. There, he investigated how the immune system changes with age — and also met his wife, who was studying pediatrics.

As he got to know her and her pediatrician friends, he grew impressed. “I was like, ‘These people are just great,’” Levy remembers. He decided to become a pediatrician, a shock to many of his peers who expected an M.D.-Ph.D. candidate like himself to follow the more traditional path of becoming an internist.

Levy is now the director of the Precision Vaccines Program at Boston Children’s Hospital, which he describes as a “platform to enhance collaboration between academia, government, and industry to accelerate the development of next generation vaccines.” Precision medicine is a relatively new field which tailors treatments for the characteristics of specific patients. The Precision Vaccines Program tailors vaccines for children and the elderly, the two populations most susceptible to infectious diseases.

“Infections are most common and most severe at the extremes of life,” he says. Coronavirus is particularly lethal for the elderly, so Levy has shifted his attention from the youngest extreme to the oldest.

The Precision Vaccines Program has been working on a solution that could strengthen these groups’ immune response using something called adjuvants. Adjuvants are compounds added to a vaccine that are unrelated to the virus itself but help patients respond better to the vaccine. Adjuvants also broaden the immune response and lower the costs of vaccines, Levy explains.

The Adjuvant Discovery Program, a project in Levy’s lab led by Doctor David J. Dowling, has focused its efforts on finding an adjuvanted vaccine for coronavirus. “David and I have had a longstanding interest in identifying adjuvants and developing them to create adjuvanted vaccines to protect vulnerable populations like the very young, and now we’re focusing on the elderly for obvious reasons,” Levy says, referring to the higher mortality rate of COVID-19 among elderly populations.

Levy doesn’t say when a coronavirus vaccine will be produced, but he seems optimistic about the progress being made around the world. “It’s going to be a gradual process,” he says, “but it’s already begun.”

Still, the crisis makes him concerned about growing nationalist sentiments in an increasingly globalized world. “If there’s anything that COVID teaches us, [it’s] that viruses don't respect borders,” he says.

Levy predicts that there will be a spectrum of reactions to the pandemic once it is over, ranging from demands for stricter border controls to calls for increased global cooperation. He hopes that the public doesn’t forget the crisis, but instead strengthens its dedication to public health, research, and vaccine development to prepare for future pandemics. He warns, “The next one is just around the corner.”

Levy advises readers to listen to the public health guidelines, particularly in handwashing and social distancing.

“[People] should focus on what they are allowed to do, not on what they’re not allowed to do. Connect with their families,” Levy says. “Protect one another in the community by following the public health guidelines that are being issued.”

Coming in early each morning and seeing his co-workers’ sacrifices makes Levy hopeful. He smiles, saying, “People have really stepped up to work hard.”

— Staff writer Benjamin F. Chang can be reached at benjamin.chang@thecrimson.com.