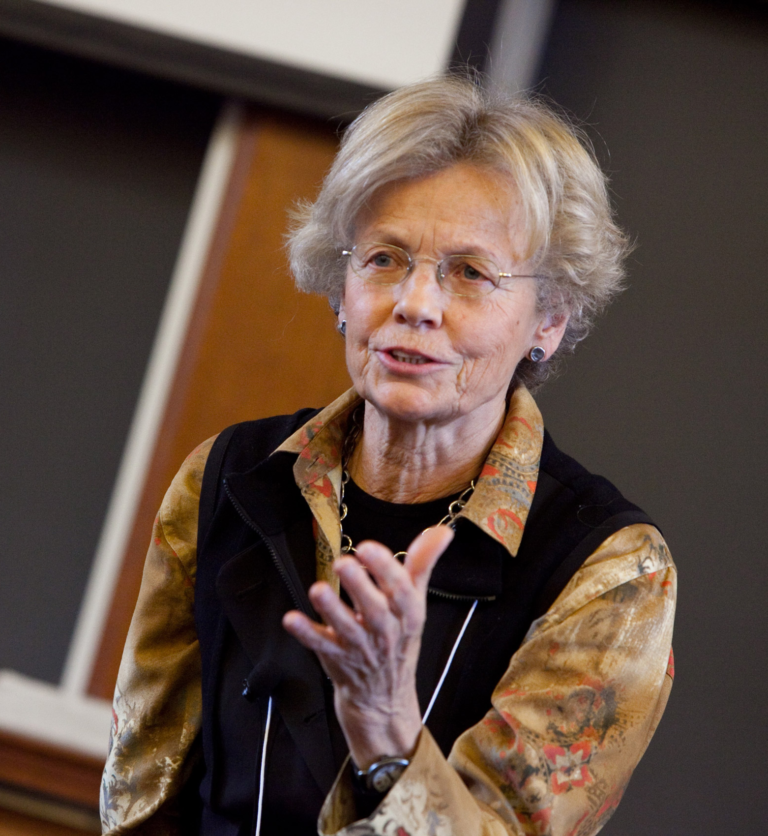 Professor Elizabeth Bartholet's Call for a Presumptive Ban on Homeschooling

“There’s an interesting range of accusations that I’m both a Communist — that might be most common — but also a Fascist, a Nazi, and, in a recent email, [a member of the] KKK,” recounts Elizabeth Bartholet, a Harvard Law School professor and the director of the Law School’s Child Advocacy Program. The comments are a part of the tidal wave of impassioned responses she received regarding her recent article published in the Arizona Law Review calling for more strict regulations on homeschooling.

Although many responses have been earnest complaints from students who had positive experiences with homeschooling, others write that they “hope I die an early but prolonged and torturous death,” she says. “The expressions of racism, sexism, homophobia, and ageism are constant in these emails.”

Her original article claims that the lack of regulation on homeschooling poses a danger to children, because it risks depriving them of an adequate education, exposure to a diverse array of ideas, and protection from potential child abuse. In the 80-page document, she writes that only ten states require minimum education levels for homeschooling instructors, and no states require background checks for past child abuse.

Above all, she says she fears for the children taken out of public schooling due to their parents’ religious beliefs, often those of conservative Christianity. Estimates place the fraction of parents who homeschool for religious reasons from “over half to 90 percent,” she writes. In the article, she argues that children in these situations lack exposure to beliefs and ideas beyond those held by their parents; she is particularly concerned about the children of homeschoolers who “question science and promote female subservience and white supremacy.”

“[Children] have a right to an education that provides them with access to a variety of viewpoints and attitudes, so that when they grow up, they have some genuine autonomy in terms of making their own choices about religion, culture, and employment,” Bartholet says. “Having children exposed to fundamental values in our society, including tolerance for other peoples’ views, is important.”

Bartholet ultimately calls for a “presumptive ban” on homeschooling throughout America, one in which parents who choose to homeschool must prove they are capable of providing an adequate education in a safe environment.

In response to her article, many critics have taken to virtual message boards and online publications to speak out against her views. A quick Google search yields headlines like “Harvard’s Lazy Attack on Homeschooling” in Forbes, “Harvard Law School Professor Shows her Prejudice Against Homeschoolers” in the Wall Street Journal, and “Harvard Professor Wants To Ban Homeschooling Because Christians Do It” in The Federalist.

These responses, among others, take issue with Bartholet’s critiques of the role of religion in homeschooling and claim that parents have the right to raise their children as they see fit. James R. Mason, the Vice President of Litigation and Development for the Home School Legal Defense Association, says Bartholet’s proposal “comes from a worldview that’s kind of antithetical to traditional notions of liberty, especially the right of parents to raise, nurture, and educate their children.”

Some reverse this attack and posit that banning homeschool threatens American pluralism. Others argue that eliminating the choice for religious schooling exemplifies exactly the kind of narrow-minded pedagogy Bartholet hopes to abolish.

However, Bartholet feels that these rebuttals miss her intended message. “There’s no way I’m for indoctrinating children in some universal majority culture,” she says. “I think parents absolutely have the right to raise their children within their own religion.” She pauses. “I just don’t think parents have a right to isolate their children from the larger culture.”

Bartholet’s article has also sparked a conversation about the idea of government intervention in schooling — as well as Harvard elitism. U.S. Senator Ted Cruz (R-Tex.) tweeted, “[Harvard] publish[ed] a cover story attacking home-schooling & people of faith. Elitist condescension looking down on the rest of America doesn’t wear well, even in crimson.”

“Sen. Cruz believes school choice is the civil rights issue of the 21st century and that the federal government should not get in the way of parents’ efforts to ensure their children receive the very best education possible,” a spokesperson for Cruz writes in an email. “Far too often, Democrats and Ivy League elites look down on those who make the decision to homeschool and attempt to impose on families a one-size-fits-all approach to education.”

Bartholet, however, says that a lot of emails she has received are from parents who believe “that they have an absolute God-given right to control their children. So one email after another will talk about, ‘These are our children, we gave birth to them — the government has no right whatsoever to interfere with our parenting,’” she says. “I do disagree with [parental absolutism]. It’s fine if parents want to withdraw their children because they want to emphasize their own beliefs and religion, so long as they can provide an adequate education, which for me includes exposing children to ideas other than those that the parents hold.”

Beyond ideological arguments, there stands the practical issue of whether public schools remain a better option than homeschooling. Bartholet says many parents have emailed her to explain that they choose to homeschool their kids to avoid bullying or because homeschooling provides a more specialized or better education than an underfunded and overcrowded public school.

Cevin Soling, a supporter of homeschooling and a current student at the Harvard Kennedy School, says Bartholet’s “views on the matter are uninformed, and her positions are irrational.” He says he is particularly troubled by Bartholet’s failure to recognize the downsides to compulsory public schooling.

“[Compulsory school] is the last place that you want to send kids. Students’ rights or other civil rights are abusively trampled in compulsory school environments. They have all sorts of diminished freedoms: diminished [freedom of] speech, diminished due process, diminished search and seizure protections,” he says. “Their privacy is limited, and they’re tamed such that the flight impulse is diminished. And there’s all sorts of psychological, physical, emotional consequences that come from being placed in captivity.”

Bartholet agrees that homeschooling may provide a better education for some, but she adds,“I think we would do far better as a society putting effort into reforming and improving the public schools; they definitely have lots of problems, including [failing to provide] adequate civic education.”

With almost all schools moving to online classes in light of COVID-19, homeschooling, or at least schooling while at home, has become the norm for students nationwide. While Bartholet agrees that keeping education online is necessary for public health, she is concerned for particular groups of students.

Bartholet, in a recent op-ed published in the Boston Globe, cites research that may indicate students are more at-risk for abuse and neglect now than before quarantine.

Bartholet hopes online classes will provide future insights into the effects of homeschooling.

“I would like to think there will be some good research during this period where we may get to learn more about both the positive and negative impact of homeschooling,” she says.

— Magazine writer Scott P. Mahon can be reached at scott.mahon@thecrimson.com and on Twitter at @scott__mahon.

— Magazine writer Rachel Chen can be reached at rachel.chen@thecrimson.com.