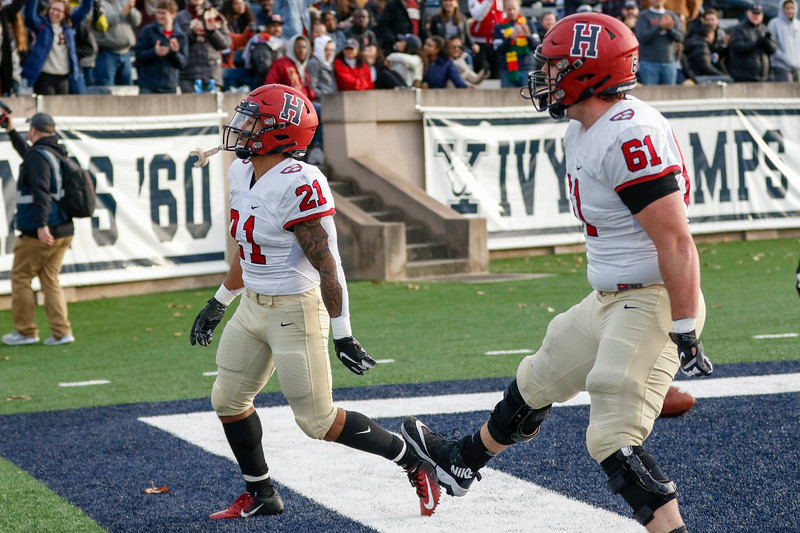 Liam Shanahan celebrates after lead-blocking first-year Aidan Borguet's way into the endzone in his final game in a Harvard uniform. Shanahan will play for the defending-champion LSU Tigers as a graduate transfer in 2020. By Timothy R. O'Meara
By Joseph W. Minatel, Crimson Staff Writer

Less than one week after seeing its star quarterback officially find his NFL team, the LSU Tigers added a soon-to-be Harvard graduate to its offensive ranks.

Harvard senior Liam Shanahan will be joining the defending-champion Tigers next season as a graduate transfer. The Marlborough, Mass., native will use his final year of eligibility in Baton Rouge whenever the college football season begins.

The news was first reported by The Athletic.

Shanahan will look to aid LSU in defending its national championship on the heels of a dominating 15-0 season in 2019, led by Heisman winner and recent NFL Draft number one overall pick Joe Burrow.

—Staff writer Joseph W. Minatel can be reached at joseph.minatel@thecrimson.com.