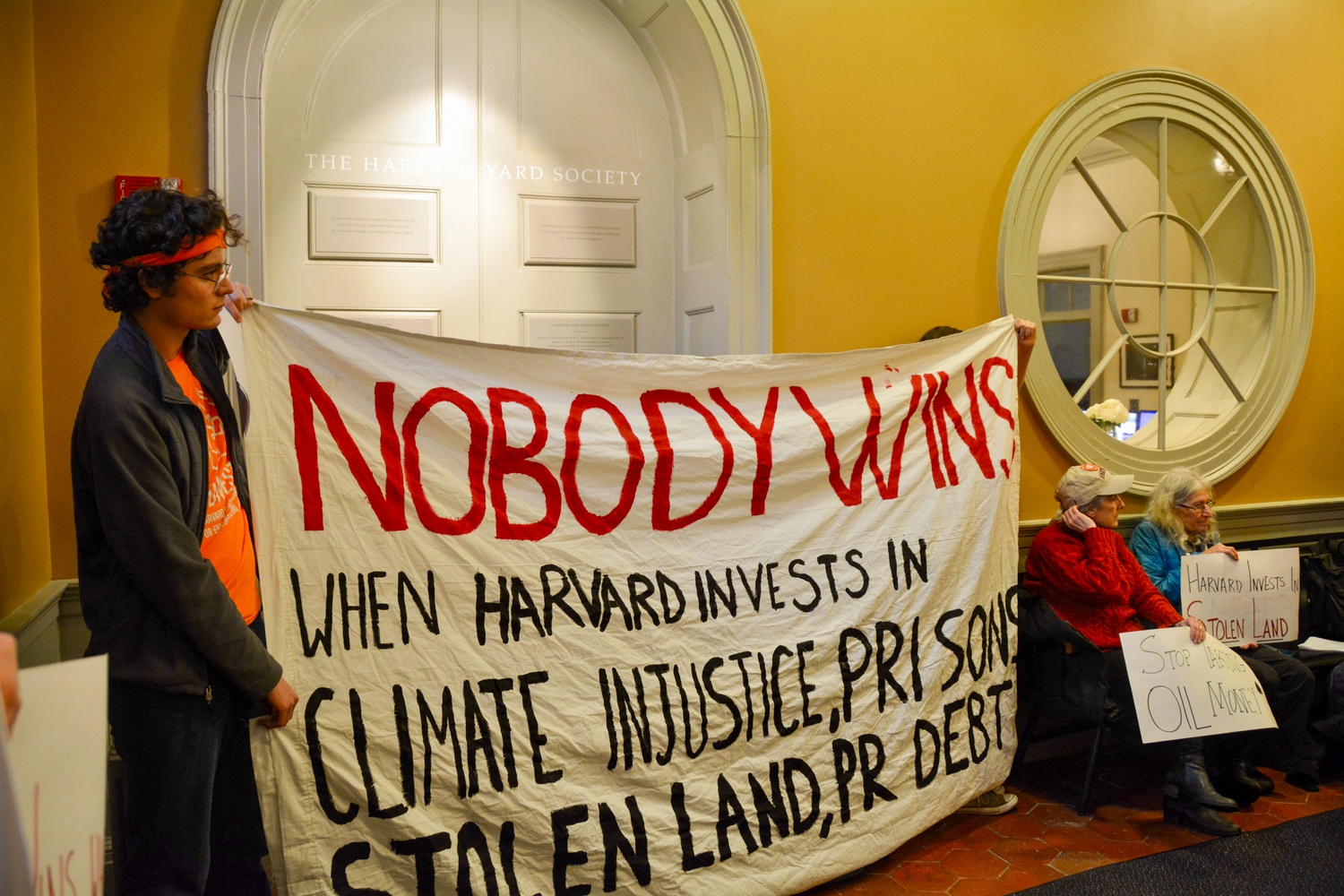 Divest Harvard, a student group calling on the University to divest from the fossil fuel industry, argued that Harvard’s commitment to making its endowment carbon-neutral by 2050 falls short of achieving the group's goal of total withdrawal from the industry.

“Until today, the administration has claimed that the endowment should not be used for political purposes,” Divest Harvard’s press release reads. “Now, thanks in no small part to years of student, faculty, and alumni activism, it has acknowledged its duty to mitigate the emissions its endowment has been fueling for decades.”

In February, the Faculty of Arts and Sciences voted overwhelmingly in favor of divestment from fossil fuels. At the time, Bacow said he would bring their resolution before the Harvard Corporation, the University’s highest governing body.

In a Tuesday message to faculty, Bacow acknowledged that the decision to go carbon-neutral by 2050 falls short of many divestment activists’ demands, but he argued that the school cannot drive a wedge between the school and “possible partners.”

“We appreciate that advocates for divestment from fossil fuel companies may not be satisfied with this approach, but we believe that divestment paints with too broad a brush,” Bacow wrote. “We cannot risk alienating and demonizing possible partners, some of which have committed to transitioning to carbon neutrality and to funding research on alternative fuels and on strategies to decarbonize the economy.”

Though Fossil Fuel Divest Harvard wrote that today’s announcement was “a step in the right direction,” they concluded that Harvard’s plan is “insufficient.” The group wrote that the plan still allows for investments in fossil fuels while relying on the hope that fossil fuel companies will become “cooperative partners,” and provided the University with a “wide margin” to calculate its portfolio emissions under a “protracted” timeline.

In February, Divest Harvard occupied University Hall, calling for the University to divest from fossil fuels by today, Earth Day 2020.

“A good-faith effort to reach carbon neutrality would have acknowledged that divestment is the logical first step,” the group wrote. “Instead, by not including divestment as one of its commitments today, Harvard is continuing to provide social and economic capital to the forces standing in the way of a decarbonized future. As the world burns, Harvard continues to defend the arsonists.”

“Its inaction only shows us the importance of putting younger and more diverse representatives of our community, and those committed to the principles the university preaches, into positions of power,” they wrote.

Caleb D. Schwartz ’20, a former Crimson multimedia editor and press representative for Divest Harvard, said he fears a 2050 deadline will be insufficient to address climate change.

“I'm really concerned, not just for my future, but for the future of my generation and the future of all the people who live on the planet right now, especially those who are already marginalized and facing the effects of climate change,” Schwartz said. “Climate change is not a problem for future generations. It's happening right now.”