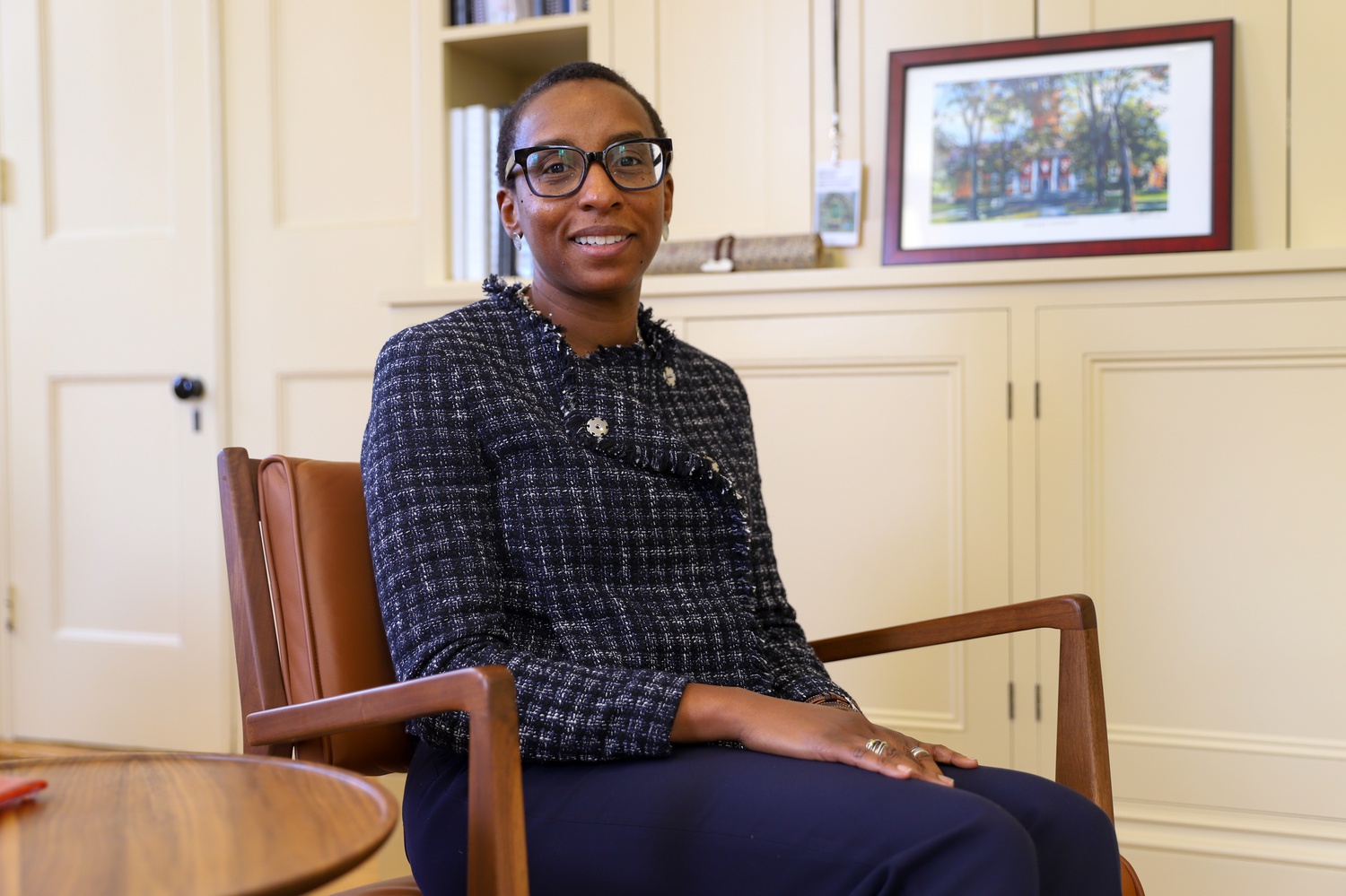 Dean of the Faculty of Arts and Sciences Claudine Gay, pictured here in early March, said in an interview Thursday that she and other higher education administrators are looking for rigorous By Ryan N. Gajarawala
By James S. Bikales and Kevin R. Chen, Crimson Staff Writers

As the coronavirus pandemic drags on, Dean of the Faculty of Arts and Sciences Claudine Gay said in an interview Thursday that she and other higher education administrators are looking for “rigorous and creative” solutions to ensure academic progress for all students this fall.

On March 10, Harvard became one of the first universities nationwide to switch to remote learning and send most students home in order to slow the spread of the virus. Most universities followed suit soon after.

Gay said Thursday that administrators at higher education institutions will be closely following public health guidance in the coming months to determine when their campuses will reopen. She declined to specify whether any committees within Harvard’s FAS are working on plans for the fall, or when she anticipates a final decision will be reached.

“Where we anticipate we’ll be in terms of the science — the science behind a vaccine and therapeutics — really forces all of us in higher ed to think in a rigorous and creative way about the fall and about all the different ways we might have to consider living and delivering on our mission,” Gay said. “I think everyone realizes that flexibility is the word of the day and it will continue to be for some time.”

University President Lawrence S. Bacow said in an interview Monday that Harvard is considering “lots of different scenarios” for what its fall semester might look like. Bacow told Harvard Magazine last week that University administrators are focused on making decisions about the fall, but he fears that by the time those decisions need to be finalized, there will still be “a tremendous amount of uncertainty.”

Gay said Thursday that while the University is currently focused on achieving a “successful end to this semester,” administrators are closely monitoring the progression of the virus.

“Important decisions have already been announced about the summer, and like the rest of the world, and certainly like the rest of higher education, we’re following closely the public health guidance,” Gay said, referring to the University’s decision to move summer programs online.

Gay also said that as the virus progresses, the financial impact of the pandemic will extend beyond the initial $30 million in losses the FAS has already incurred since the de-densification of campus last month.

“We don’t want to anchor too much around this number, because the reality is that the pandemic is a continuing issue,” Gay said. “Responding to it is not something that is confined to those five or six days in March when we were actively working to de-densify the campus.”

Gay said the $30 million figure included refunds for students’ room and board, support for shipping, storage, and travel, a reduction in the term-term time work expectation for students on financial aid, and lost revenue from programs in the Division of Continuing Education.

On Wednesday, Gay announced immediate cost-saving measures for the FAS, including the suspension of all capital projects and cuts to all non-essential spending.

She said Thursday that examples of non-essential spending FAS may cut include travel and speaker series, though specific cuts will vary by academic division.

Gay also wrote in her Wednesday announcement that FAS will suspend all faculty searches until further notice, excepting a “small number” which are already near completion. The University, meanwhile, announced a hiring and salary freeze across all its schools on Monday.

In late March, Gay offered many tenure-track faculty a one-year extension to their tenure timelines, citing the effects of the pandemic on their research. Shortly afterwards, more than 1,200 people signed a petition urging Harvard to do the same for its non-tenure-track faculty — faculty members who do not go up for tenure and instead must leave the University at the end of their time-capped contracts.

FAS evaluates faculty for tenure based on a combination of research, teaching, advising, and “citizenship,” according to its tenure-track handbook.

“Lecturers and preceptors play a very important role in carrying out our teaching mission at Harvard,” she added.