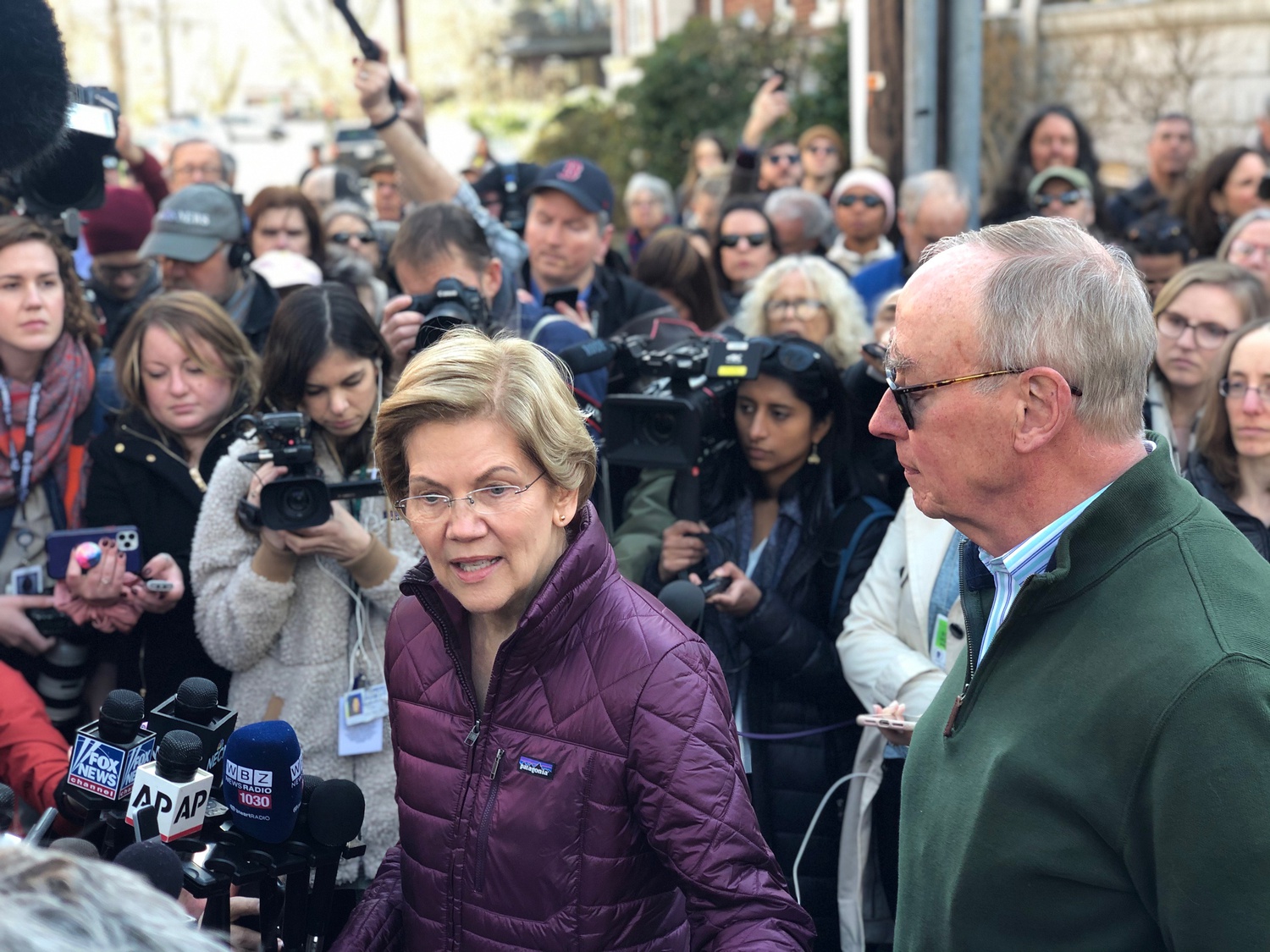 Warren told reporters in a press conference outside her house in Cambridge that she would not endorse another candidate “right now,” but did not rule out doing so in the future.

“This has been the honor of a lifetime,” she said. “Ten years ago, I was teaching a few blocks from here and talking about what was broken in America, and ideas for how to fix it. And pretty much nobody wanted to hear it.”

“I’ve had a chance to get out there and talk with millions of people,” she added. “We have ideas now that we talk about that we just weren’t talking about even a year ago.”

Warren taught at Harvard Law School until 2012, when she was elected to the Senate. Her husband — Bruce H. Mann, who stood alongside her Thursday with the couple’s dog, Bailey — is still a Law School faculty member.

Warren did not win any states in this year’s presidential primary, despite putting in strong debate performances and releasing a multitude of policy plans. She acknowledged that she struggled to carve out a “lane” between U.S. Senator Bernie Sanders (I-Vt.) and former Vice President Joseph R. Biden Jr. — the two major Democratic candidates remaining in the race.

“I was told at the beginning of this whole undertaking that there are two lanes — a progressive lane that Bernie Sanders is the incumbent for and a moderate lane that Joe Biden is the incumbent for, and there’s no room for anyone else in this,” she said. “I thought that wasn’t right. But evidently, I was wrong.”

Warren maintained strong support on Harvard’s campus. Many Harvard undergraduates canvassed for her in New Hampshire and in Massachusetts.

Gabe Zimmerman, a Law School student who wrote Warren a tribute, said the display is “wonderful.”

“I think Senator Warren fought for our values a lot,” he said. “I think that she cares a lot about working people, a lot about poor people in this country. That means a lot to me.”