‘A Great Initiative, But It’s Just Not the Same’: Class of 2024 Admits Weigh Pros and Cons of Virtual Visitas 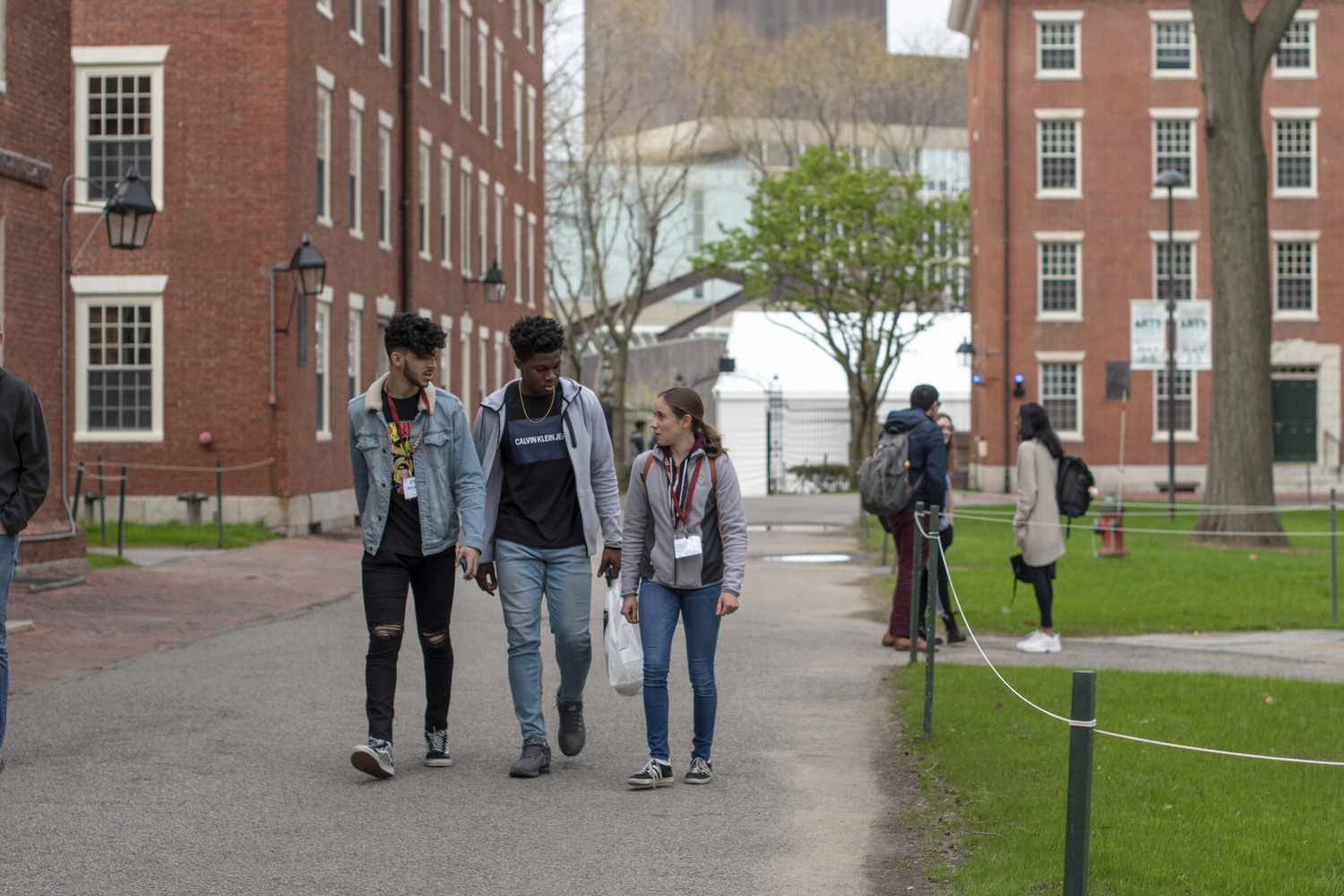 Prospective students from the Harvard Class of 2024 evaluated the impact of the College’s upcoming “Virtual Visitas” — online programming intended to replace the traditional on-campus admitted students weekend, which was canceled in light of the novel coronavirus pandemic.

Dean of Admissions and Financial Aid William R. Fitzsimmons ’67 announced the move to a Virtual Visitas in an email sent to admitted students earlier this month.

“Admissions and Financial Aid will manage specific larger events, including the president’s welcome, virtual visitas, and a few student/parent panels, but the majority of events are independently organized and produced by faculty, academic centers, and student groups,” College spokesperson Rachael Dane wrote in an email.

Students admitted to the Class of 2024 shared their excitement about being able to virtually meet some of their classmates and explore parts of Harvard, despite the ongoing COVID-19 pandemic.

“I lost the opportunity to meet my class for the first time together before the semester starts,” Kristen A. Harriott, an admitted student, wrote in an email. “But I’m hoping the projected online Visitas may help bridge that gap.”

Melissa Meng, an admitted student, wrote in an email that she thinks the online programming will allow 2024 admits to stick together during such a tumultuous time.

“I think that a Virtual Visitas would pull the class of 2024 closer together,” she wrote. “We are all united by our sadness of not being able to attend Visitas in person, so I know that many of us would reach for the opportunity to replicate something like it virtually.”

The situation has also helped some families — who would otherwise be financially excluded from attending Visitas — engage more in the college decision process.

Taruna Singh, an admitted student, added that “college tours can be difficult to do sometimes because of financial hurdles.”

Other students were less optimistic.

“We would know a little more but won’t be gaining that much of an experience,” Abiba I. Dyuti, an admitted student, wrote in an email. “I think it’s a great alternative to physical tours and it’s a great initiative, but it’s just not the same.”

Kevin Wang, an admitted student, also acknowledged that online interactions can be limited.

“There is really no replacement for the face-to-face opportunities to interact with your future classmates and Harvard institutions and student organizations. I’d say it’s still pretty valuable, though,” he wrote.

Stanford and Princeton, in correspondences sent to their own admitted students, said that they are in the process of creating a “compelling virtual experience” and a “robust digital preview program,” respectively.

Communicating with peer institutions is “in the normal course of business,” according to Dane.

Every spring, Harvard welcomes hundreds of admitted students for Visitas. The last time Visitas was canceled was in 2013, when law enforcement officials launched a massive manhunt for one of the two suspects involved in the Boston Marathon bombings.

Despite the challenges of a Virtual Visitas, admits for the Harvard Class of 2024 said they remained determined to get to know each other in any way possible.

“The computer science majors banded together to allow us to host giant video call sessions to meet each other already—our next call being right before Ivy Day,” Harriott wrote.

Christine A. Dela Cruz, an admitted student, said she is trying to meet prospective students through other online venues.

“Despite the hardships in terms of a lack of a physical Visitas, I'm still befriending a lot of people through GroupMe and other social media platforms and we've been holding our own online hangouts, so it's not too bad,” she wrote.

“We’re also all sticking together and maintaining hope, while making the most out of what we can,” Meng added. “So, while the situation is not the most ideal, I wouldn’t give it up for the world.”