Much to Give, Plenty to Prove: Seth Towns Returns Home 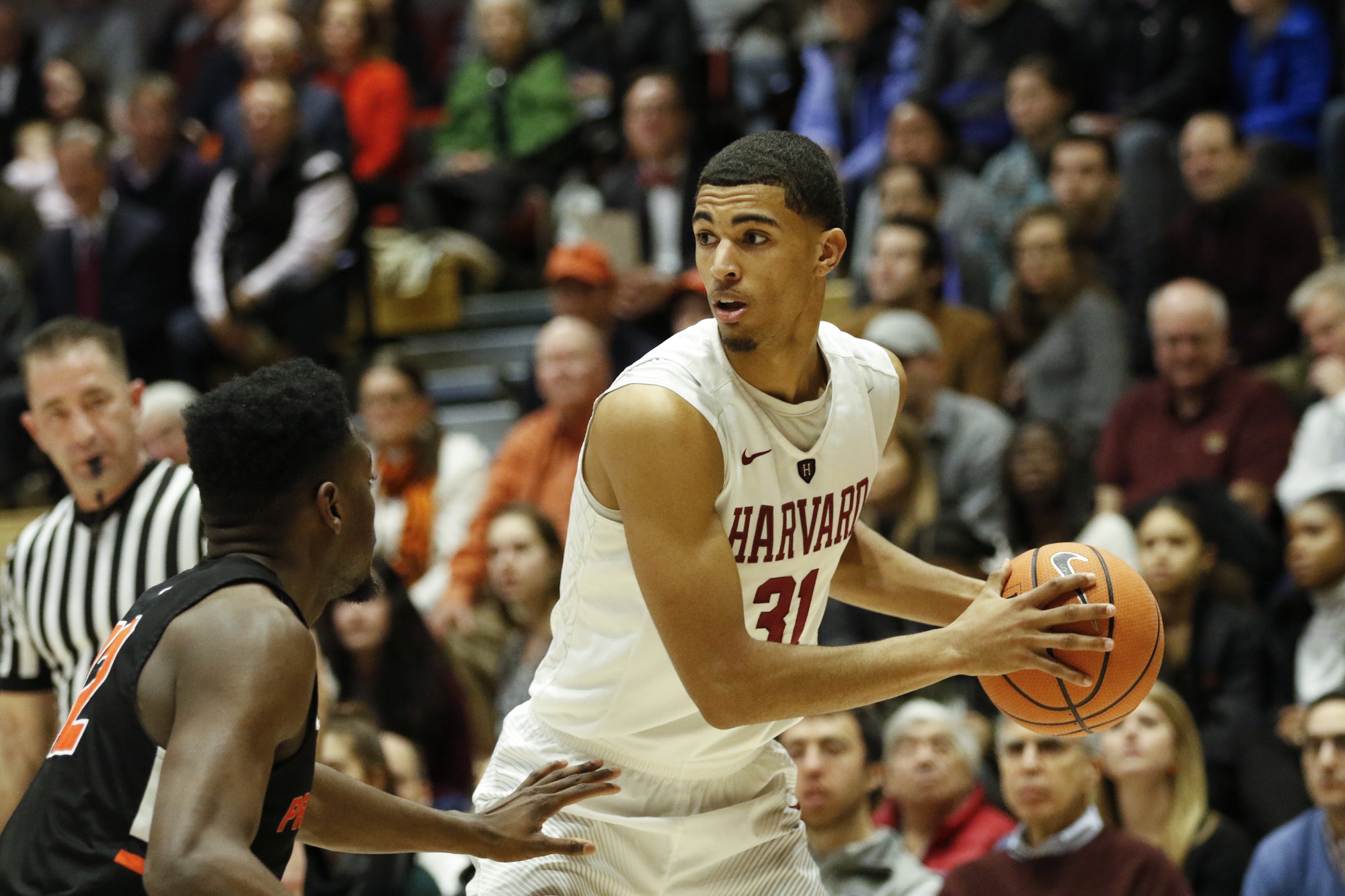 The Columbus, Ohio native last played in the 2017-2018 season, one in which he took home Ivy League Player of the Year. By Timothy R. O'Meara
By Henry Zhu, Crimson Staff Writer

One early morning during Seth Towns’ sophomore year, a “No Caller ID” phone call awoke the Winthrop House resident. Picking up the out-of-the-blue call, Towns recognized a familiar voice on the other end, one that he had heard numerous times in interviews.

Turns out, it was best-selling author Mitch Albom who had made the spontaneous phone call to the Harvard Basketball star.

“I lost my mind,” Towns recalled. “We talked on the phone for maybe an hour, and he invited me over the summer to volunteer at his orphanage [in Haiti], which I jumped at the opportunity.”

Two days prior, Towns had casually discussed in the coaches office that he was an avid reader of the renown sports journalist-turned-inspirational storyteller. Having finished around five of Albom’s works that have topped The New York Times bestseller list, the sociology concentrator was particularly interested in the author’s philanthropy work.

Less than 48 hours later, that one conversation with his coaching staff had turned into “a surreal moment” for Towns.

“The things that Mr. Tommy Amaker can do,” the Columbus, Ohio native succinctly reminisced.

Towns unfortunately missed out on that trip to Haiti, needing to stay home to undergo surgery on the injured knee he suffered in the Ivy Tournament final that season. That would be the last time the 2018 Ivy League Player of the Year would ever suit up in a Crimson uniform, as he battled through a frustrating two-surgery, two-year-long ordeal to fix the cartilage tear in the knee.

Now, the No.1 graduate transfer in the portal according to ESPN will have two seasons to fulfill his lifelong dream to play for his hometown Ohio State Buckeyes. Having had a painting of himself in an OSU jersey since he was two years old, Towns will aspire on the basketball court to accomplish something he could not obtain in his four years in Cambridge: a NCAA Tournament berth, and perhaps even more.

“Home is where the heart is,” said Towns in an announcement on Saturday night’s 11PM SportsCenter. “...That opportunity to fight for the city that raised me is so invaluable.”

But as the future Buckeye settles back down to life in Columbus — two months earlier than anticipated —Towns emphasized he will take home a multitude of new relationships, pathways, and values that have helped him become a “complete person”. 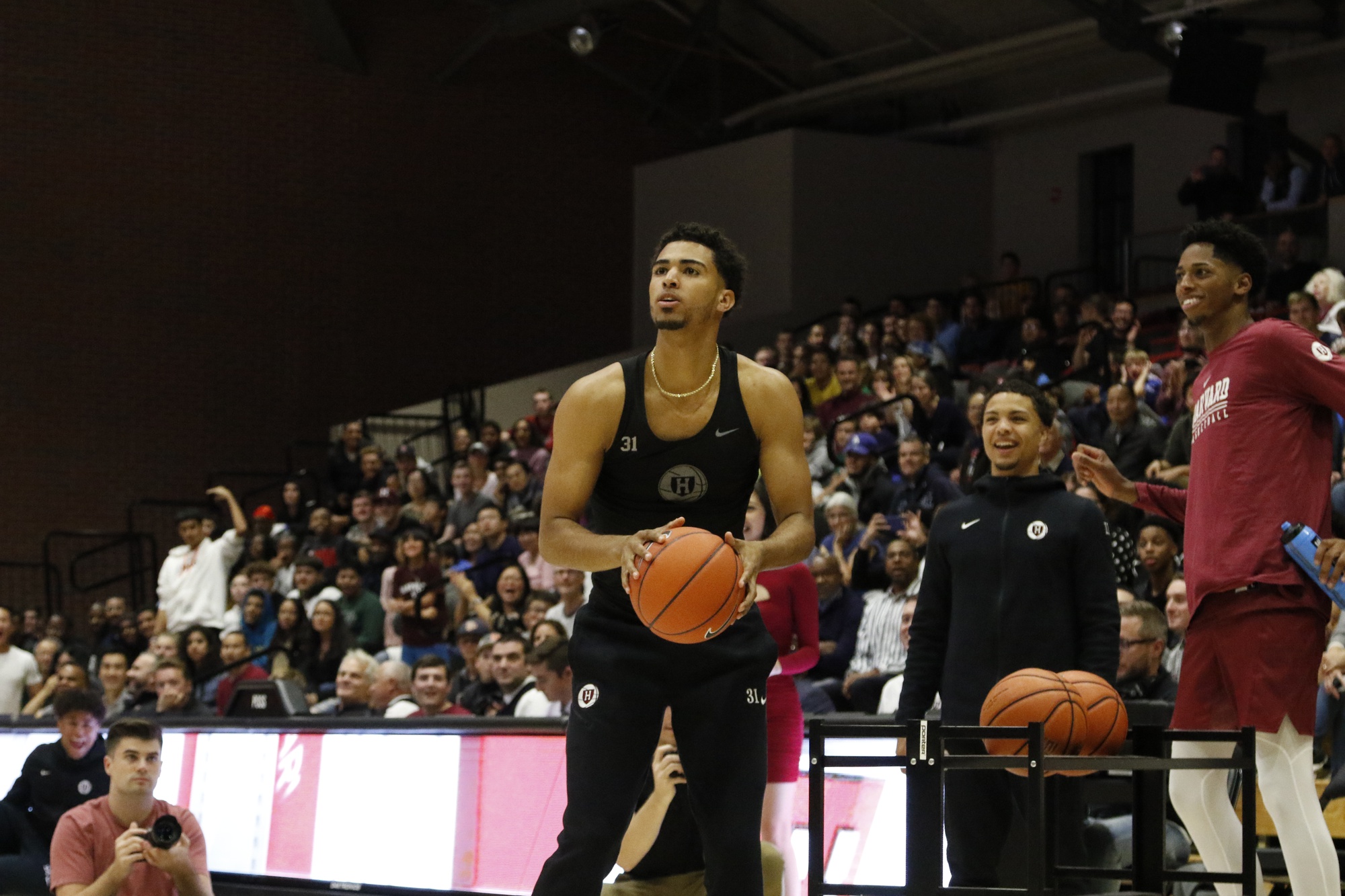 On Saturday night, senior Seth Towns announced his commitment to play at Ohio State University as a graduate transfer By Timothy R. O'Meara

“[What] a lot of people don’t understand about Harvard Basketball is that it is a fraternity that can connect you with so many different people, so many different endeavors,” Towns said. “In my time at Harvard, I’ve had in-depth conversations with civil rights activists that I’ve looked up to when I was in high school, my favorite author [Mitch Albom], and Lloyd Blankfein, who’s Lloyd Blankfein.

“[Coach Amaker] is so adamant about exposing us to the movers and shakers of the world, and I mean it’s incredible for me.”

Towns added he continues to maintain a strong relationship with three past Institute of Politics guest speakers at Harvard Basketball-sponsored discussions - former U.S. Secretary of Education and Crimson alumni Arne Duncan ‘87, civil rights activist and sociologist Harry Edwards, and basketball analyst Clark Kellogg. Kellogg is an Ohio native himself and mentioned that the two had begun to build a connection when Towns was still at Northland High School in Columbus.

Off the court, the noted quoter of Ralph Waldo Emerson stated that he is looking into potentially pursuing a master’s degree in creative writing, something he became increasingly interested in while in college.

But it was also as much the experience of being off the court for two years that has instilled a newfound understanding of himself, and in his passion for the game. Towns credits the six other seniors in his much-heralded recruiting class for providing him with the positivity and friendship he needed throughout his four years.

“We were all in it together the whole time so… overall, we are this band of brothers,” Towns said. “I’m super thankful for those guys, they lifted me up in a lot of different ways. So I can’t thank them enough.”

The role as a co-captain this past season was also an unexpected learning experience for Towns, something that has provided him with new insight on his own game.

“I didn’t realize how much I would love the role of being the captain of the team until the games started flowing,” Towns said. “I was just as into it as I would have been if I was playing it...I was just watching basketball, trying to increase the value of the team in any way I could. So when you have that perspective for two years it absolutely changes the basketball player you are, and makes you value everything about winning.”

The one area he has taken the most out of from his coach of four years at Harvard?

“His general principles were something that I absolutely needed to implement into my game, whether it’s like strong defense or ball movement. I came in as a freshman and not to say I wanted to shoot every shot, it just wasn’t like Harvard Basketball level movement.”

With a bounty of meaningful relationships and new acumen developed both inside and outside of Lavietes Pavilion, Seth Towns returns back to Columbus with much to give — and plenty to prove.

That support base he has cemented here at Harvard — coaches, teammates, classmates, mentors, and supporters — will certainly be ready for his big moment.