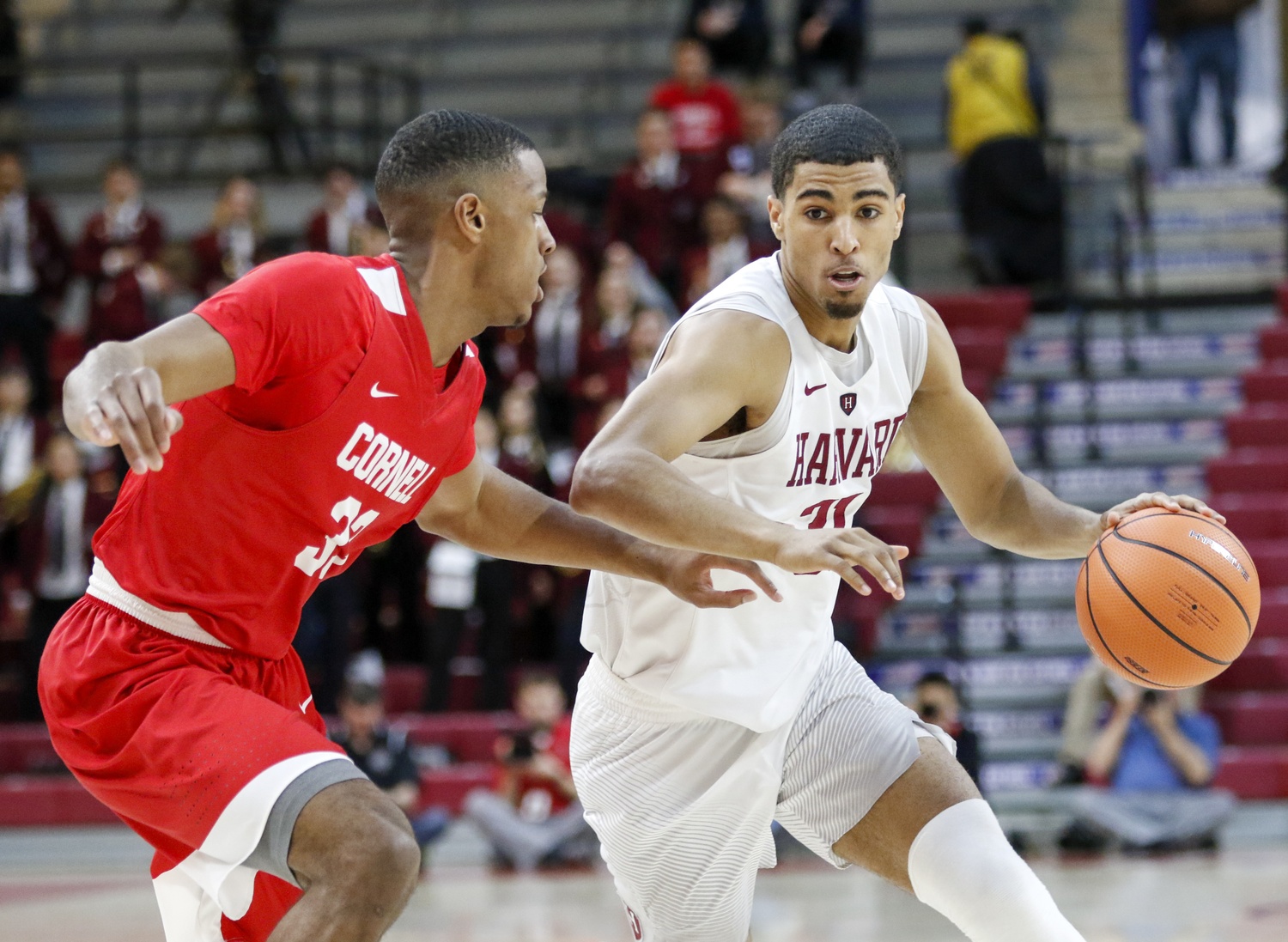 Seth Towns will graduate with a degree in sociology in May. By Timothy R. O'Meara
By Henry Zhu, Crimson Staff Writer

Harvard senior Seth Towns, the 2017-2018 Ivy League Player of the Year, announced on Saturday night that he will commit to Ohio State University as a graduate transfer.

Considered to be the top graduate transfer by ESPN, the Columbus, Ohio native narrowed his choice between the Buckeyes and the Duke Blue Devils earlier this week after receiving interest from schools across the nation.

Now, Towns will suit up less than 20 minutes away from Northland High School, where he finished as the all-time leading scorer before arriving in Cambridge. The Buckeyes offered their hometown star an opportunity to join the team coming out of high school, but Towns elected to play for Coach Tommy Amaker in what was then the No.10 recruiting class in the country.

The Harvard co-captain will graduate in May with a degree in sociology, having been a part of two Ivy League championship teams. Towns last saw game action in the Ancient Eight tournament final in his sophomore season after sitting out the past two seasons with a knee injury. The team announced this past December that the forward would undergo another surgery on the knee, ending any hopes of returning his senior season.

While healthy, the 6-foot-7 wing averaged 14.2 points for the Crimson over two seasons, shooting 42.3 percent from the field in 26.3 minutes per game. Towns scored a career-high 31 points against Columbia on Feb. 2, 2018 and also led the Crimson with 25 points in a loss to Kentucky that season.

Towns will have two years of remaining eligibility left as he prepares to enroll as a graduate student in Columbus. The Buckeyes, led by Chris Holtmann, finished tied for fifth in the Big Ten with a 11-9 conference record and was anticipated to earn a spot in the NCAA Tournament prior to the cancellation of the remainder of the college basketball season.