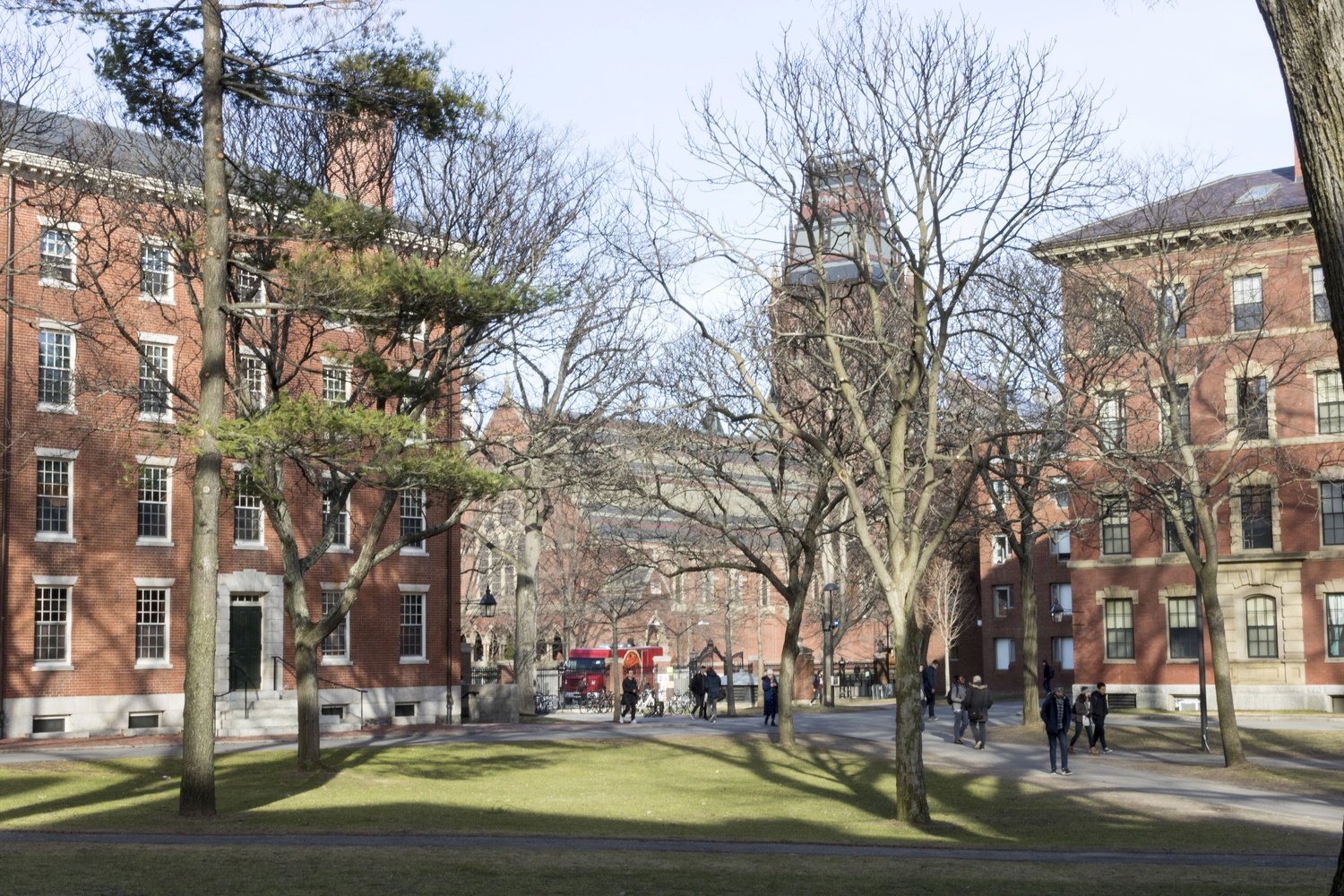 In recent months, a new campus organization, Harvard Out of Occupied Palestine, called on Harvard to divest from companies tied to the Israeli occupation of Palestine.

When it comes to divesting its $40.9 billion endowment, that call marks only the latest in a series of demands activists have made of the University, including divesting from fossil fuels, the prison industry, and Puerto Rican debt.

At a Junior Family Weekend event, activists hoisted a “Justice for Palestine” banner in front of University President Lawrence S. Bacow. The recent movement boasts prominent backers, like African and African American Studies Professor Cornel R. West ’74, who said Harvard “should disinvest in terms of its complicity with the Israeli occupation of Palestine” in February. In its 2019 report, the Harvard Prison Divestment Campaign named four companies in which Harvard indirectly invests that it said were linked to the Israeli military. Those investments amount to $86,625.

For the most part, though, the University’s financial involvement in the conflict has remained unclear.

The Crimson’s analysis of the Harvard Management Company’s latest filings found that HMC had over $194 million directly invested in Booking Holdings, a company that a United Nations human rights body ties to Israeli settlements in Palestine.

Booking Holdings — the parent company of a number of travel-related businesses, including Booking.com, Kayak, and OpenTable — is one of just nine companies in which Harvard has direct public investments.

In 2018, Human Rights Watch found that Booking.com and other services that connect travellers to accommodations — like Airbnb — list rental properties in the Palestinian territories.

Omar Shakir — the Israel and Palestine Director for Human Rights Watch — said he thinks the settlements are “at the root” of human rights abuses, criticizing Booking's decision to list properties in them.

“They basically broker rentals on land stolen from Palestinians who themselves can’t stay in those listings,” Shakir said. “Booking — by brokering these rentals in West Bank settlements — is helping to entrench the settlement enterprise.”

Shakir added that he believes the rentals listed on Booking.com — which are not available to Palestinians — are “benefiting from the infrastructure, the water, [and] the electricity” in the region.

Booking Holdings did not respond to multiple requests for comment.

Harvard also holds $294,988 in indirect investments through Exchange Traded Funds in other companies on the list that the U.N. High Commissioner for Human Rights released in February. Exchange Traded Funds, or ETFs, are exchange-traded securities that often contain small investments in hundreds to thousands of other companies that meet certain criteria.

The list from the U.N. includes 112 business entities, 20 of which — including Booking Holdings, Expedia, General Mills, and Motorola — fall within the ETFs Harvard is invested in.

Kelsey Roemhildt, a spokesperson for General Mills, wrote in an emailed statement that the company is included in the United Nations list because it holds a factory in the Atarot Industrial Park in East Jerusalem, which uses natural resources like land and water.

She also wrote that roughly 50 percent of the workers at the factory are Palestinian, and that they work “alongside” Israelis in addition to receiving “full social benefits without prejudice to race, religion or nationality.”

Shakir, however, said he believes that all businesses that operate in the area are “complicit” in human rights violations since its Israeli and Palestinian workers are governed by a “two tiered labor system.”

“The Israelis are governed under Israeli civil law and the Palestinian under military law, so that applies to things like wages, minimum wage, labor protections,” Shakir said. “Companies have a role to play in terms of entrenching the settlement enterprises, and what Human Rights Watch has found over the years of research is that businesses that operate in settlements are invariably contributing to and benefiting from serious abuses of human rights.”

Expedia and Motorola did not respond to request for comment.

A statement from the Ministry of Foreign Affairs of the State of Israel noted that Israel “condemns” the list of companies from the United Nations.

“Israel condemns the publication of this discriminatory list, which unfairly singles out Israel, provides support for the anti-Israel Boycott Divest Sanction (BDS) movement, and lacks fundamental requirements of due process,” the statement read. “No other disputed region of the world has been subject to a similar type of attempted sanction.”

Sarah H. Gold, a volunteer with the Palestine Advocacy Project and a student at Tufts Fletcher School of Law and Diplomacy, said she believes the investment in Booking Holdings amounts to “profiting off war crimes.”

“Harvard is a world renowned institution. What it does matters. People are watching. People look to it. And what it’s doing right now is profiting off of war crimes,” Gold said.

Hind Awwad — a member of the steering committee of the Palestinian Campaign for the Academic and Cultural Boycott of Israel — wrote in a statement that the organization is “troubled” by Harvard’s investments in Booking.

“We’re particularly troubled that Harvard is investing in Booking Holdings, owner of Booking.com, a company that profits from stolen Palestinian homes and lands,” Awwad wrote. “We urge the administration to divest from this, and all, companies on the UN List.”

Gold said she also hopes Harvard Management Company will reevaluate its investment in Booking and in other companies on the list. In total, the direct and indirect investments amount to nearly $200 million.

“Is Harvard an irresponsible institution that does not consider where its money goes? I don’t think so,” she said. “There are plenty of other investment options that do not necessitate complicity and oppression. And the question is, is Harvard going to be a principled institution or not.”

Patrick S. McKiernan — a spokesperson for Harvard Management Company — wrote in an email that HMC takes “environmental, social, and governance factors (ESG) factors that may impact the performance of our investment” into account in its investment decisions.

“HMC strongly believes that considering all data is not only in line with our fiduciary duty, but simply something that thoughtful investors do,” McKiernan wrote.

The Israeli Foreign Ministry also claimed the list is “not based on any acceptable legal or quasi-legal process,” and therefore encouraged companies not to boycott the companies on it.