Seniors Party, Lamenting the Loss of Their Final Weeks on Campus, as Harvard Tells Students to Move Out 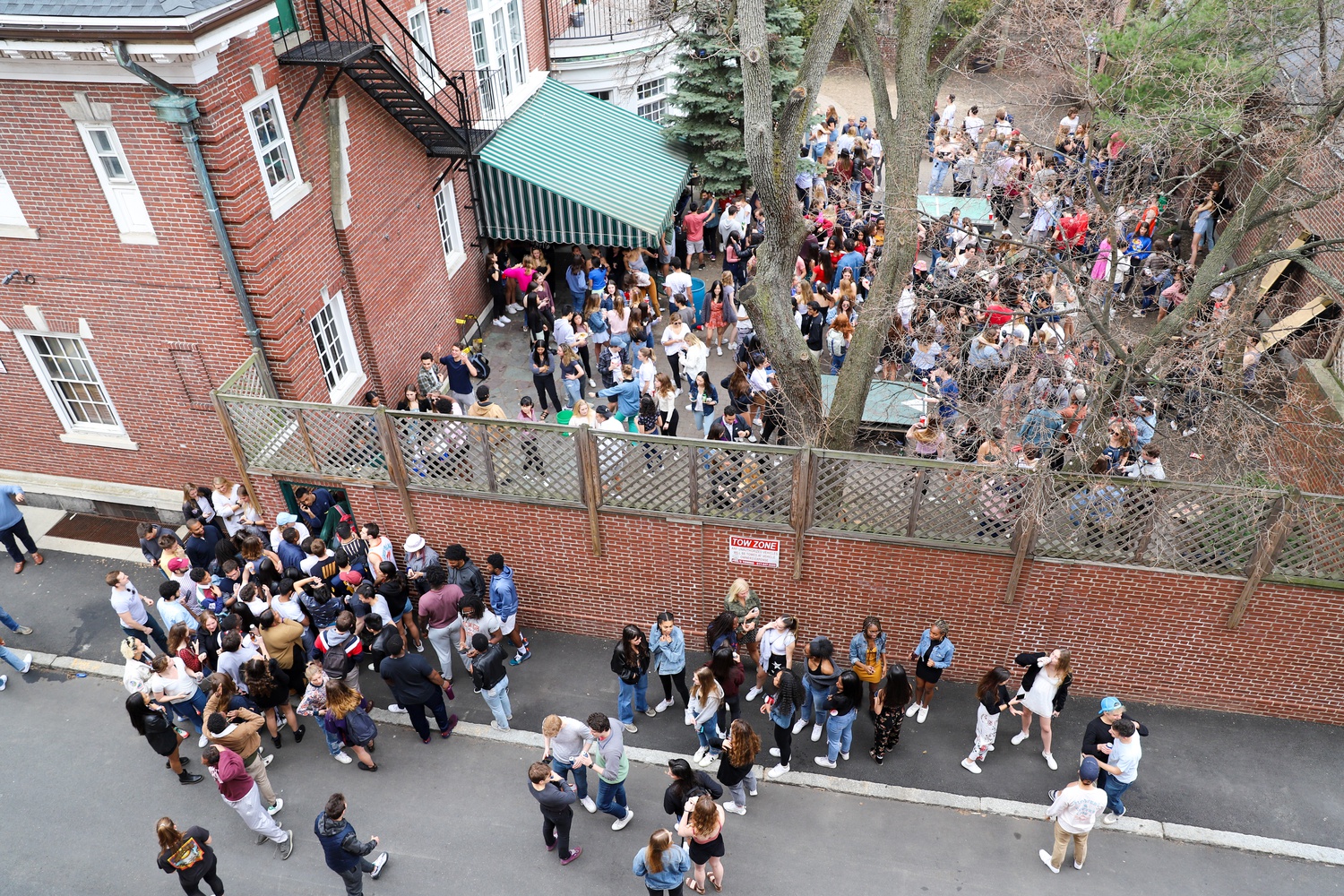 Harvard College seniors spent time with friends in dining halls and at outdoor parties in the balmy weather Tuesday while they processed the University’s decision to send students home amid concerns over coronavirus.

In interviews, 12 members of the Class of 2020 grappled with the announcement, which could mark a premature coda to their time at Harvard. These seniors described emotions ranging from denial to nostalgia to confusion.

Nicole M. Daurio ’20 was still processing the news alongside friends in the Kirkland House dining hall hours after the announcement went out. Daurio said she felt “numb."

“I don't really know how I feel,” Daurio said. “You've just been told that your college career is over, you're being kicked out of your House of three years, you're having to say bye to your friends.”

She also lamented the uncertainty around plans for this year’s commencement ceremonies.

“Are we going to all Zoom into our commencement?” she asked, referencing the online teleconference platform Harvard plans to use for virtual classes.

Daurio said that, if commencement exercises do take place, she will not be able to afford flying back to campus from her home in California.

University President Lawrence S. Bacow announced the decision to move all Harvard courses online as a result of the global spread of coronavirus in an email to University affiliates Tuesday morning. He also wrote that students should not return to Cambridge after spring break, which starts Saturday.

Other members of the Class of 2020 said they were scrambling to create a capstone experience before moving out of their dorms. Many chose to spend the day partying.

Devin C. Judd ’20 was carrying a box of Corona hard seltzers from the C’est Bon liquor store in Harvard Square to the Owl Club late Tuesday morning. He said he planned to spend his last days on campus “packing and drinking.”

“Senior spring’s supposed to be the best and we have to fit it in two days, three days,” he said.

C’est Bon manager Tony R. Daher said his business experienced greater traffic Tuesday morning as undergraduates stocked up on alcohol. He said students entered his store beginning around 10 a.m., though on most other days he “never saw students in the morning.”

Oliver L. Sughrue ’20 said he understood Harvard’s decision to move classes online, but felt disappointed that he and his friends only had a few days to leave campus. In the courtyard, he said they were “taking a personal day.”

“We're a really close-knit group, my blockmates, and it's hard for us to say goodbye,” Sughrue said. “And this might not be the best way to say goodbye, but it's the natural reaction.”

Sughrue explained why he and other seniors were celebrating Tuesday.

“We're trying to get happier so we don't get too sad because we're all really sad about saying goodbye,” he said.