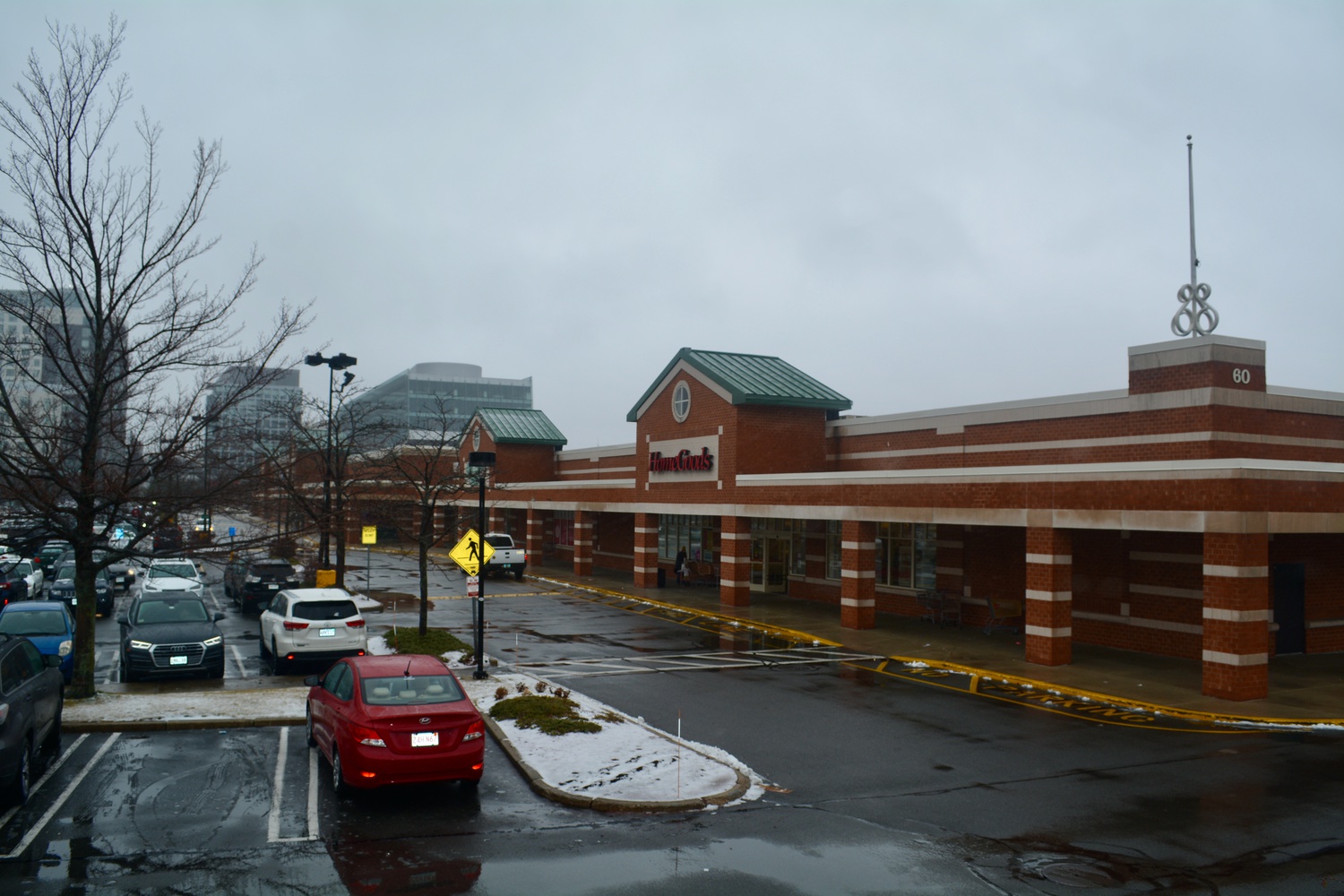 The Allston Yards redevelopment will create a new neighborhood in place of the current shopping complex. By Jenny M. Lu
By Arvin Hariri and Taylor C. Peterman, Crimson Staff Writers

Boston city planners are moving forward with the development of “Allston Yards,” a sprawling building complex located in the Allston-Brighton area, after approving the project Dec. 12.

Located at 60 Everett Street, the complex includes four buildings, scaling at a gross floor area of 1.2 million square feet. The space will encompass 868 housing units — 148 of which are low-income units — as well as a supermarket, office spaces, and retail stores.

The Boston Planning and Development Agency, the zoning authority in the Boston area, cast the vote to approve the project. Critics of the plan urged BPDA to delay the vote so that parties involved could further negotiate over the number of affordable housing units, homeownership opportunities, and community benefits associated with the complex. Still, the vote was passed unanimously on the original date.

Boston City Councilor Elizabeth Breadon, who was among those who advocated for a delay, said she is nonetheless optimistic about the project’s potential benefits for residents — including Harvard affiliates.

“We want projects to be affordable, be energy efficient, and offer opportunities for local small businesses,” she wrote in an emailed statement to The Crimson. “We need these projects to have well-thought-out access to public transit so that we can lower our dependence on cars. We are hopeful residents of Allston, including Harvard students, benefit from additional businesses and an improved public transit system.”

Some residents said they had hoped the project would include more affordable housing.

“They’re only sitting at 13 to 17 percent margin of affordability,” Allston resident Timothy F. McHale said. “We’d like the city to do better.”

“Twenty percent for all developers, so that’s kind of our mantra,” he added.

“Our dear University has negotiated with the city and the neighborhood a factor of about $40 to $50 per square foot of community benefits. That is what I’d like to see all projects,” he said. “By our reckoning, the Allston Yards project is coming in at about half that.”

Anthony P. D’Isidoro, who serves as president of the Allston Civic Association, said he views the development as a “missed opportunity” for a “real win-win situation” between residents and the developer.

“We were hoping to have 20 percent of the units affordable,” he said. “They started off with the minimum 13 percent and then, through the long community review process, they eventually revised it up to 17 percent, but never got quite to the 20 percent.”

D’Isidoro also said he wished the project would provide more opportunities for homeownership.

BPDA spokesperson Molly McGlynn wrote in an emailed statement that the proponent had decided to increase its contribution to the Allston Brighton Homeowner Fund to $4 million “in response to community feedback.”

“This fund will help to fund down payment assistance, homeownership programs with affordability components, home repair loans and/or Homebuyer 101 classes for income qualified individuals and families to support ownership housing availability, affordability and stability,” she wrote.

D’Isidoro said he and other Allston residents plan to continue to voice their concerns as further developments enter the neighborhood.

—Staff writer Arvin Hariri can be reached at arvin.hariri@thecrimson.com.