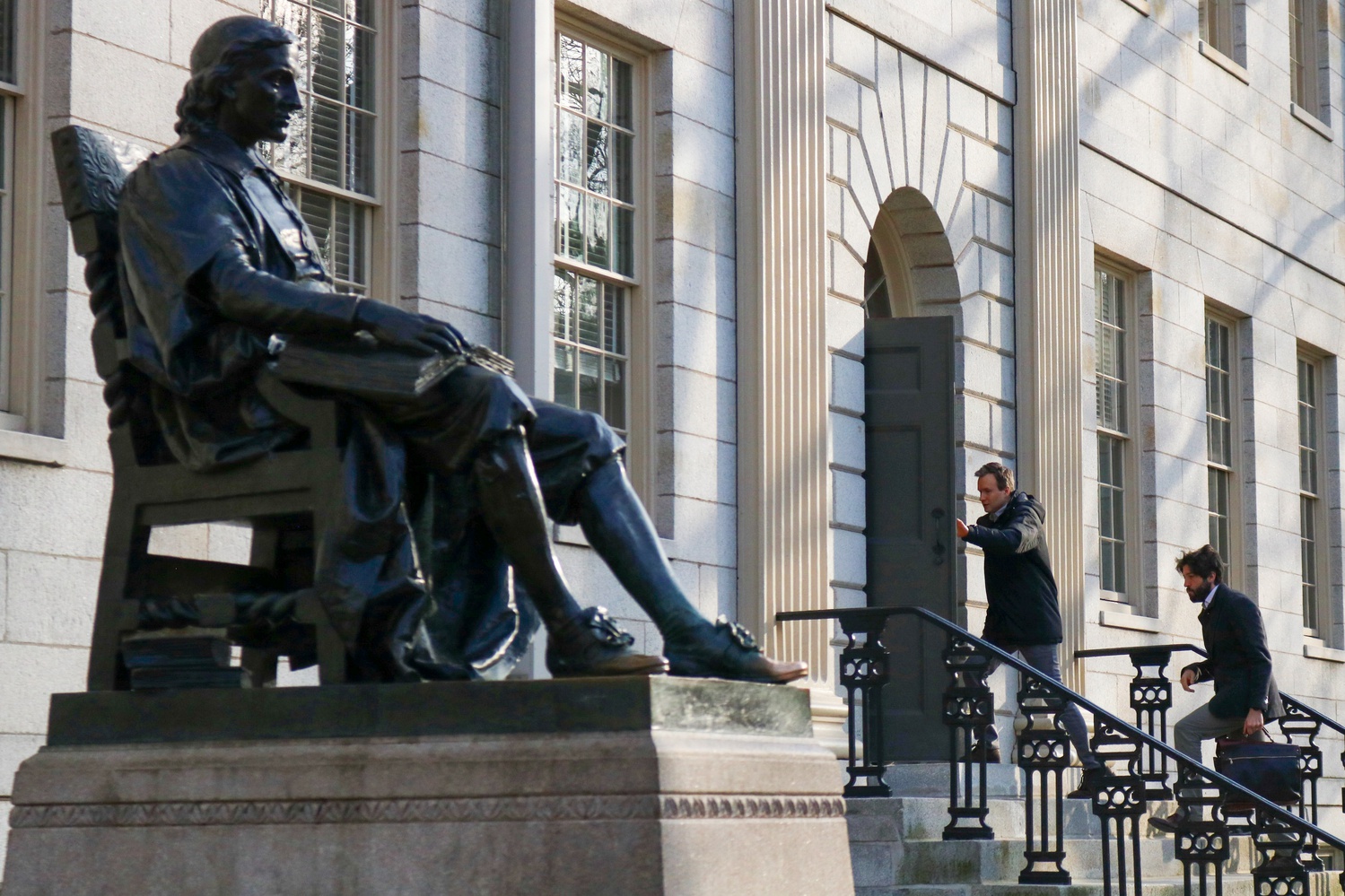 In a dramatic rebuke of administrators’ longstanding position on whether Harvard should invest in fossil fuels, the Faculty of Arts and Sciences voted overwhelmingly at its monthly meeting Tuesday to demand the Harvard Corporation divest the University’s endowment.

The vote marks the culmination of a four-month-long debate in faculty meetings over the proper role of the University in combating climate change. Ultimately, 179 faculty members supported a motion in favor of divestment, while just 20 voted to oppose it. Faculty supporters who spoke at the meeting argued that Harvard should be at the forefront of an international divestment movement.

English department chair Nicholas J. Watson presented the proposal, which suggested the faculty advise the Harvard Corporation — the University’s highest governing body — to instruct the Harvard Management Company to withdraw and no longer pursue investments in companies that “explore for or develop further reserves of fossil fuels.” The proposal also asks the Corporation to replace HMC investment advisers who are “unwilling or unable to comply” with the motion.

The final motion that passed included an amendment introduced by English professor James T. Engell ’73, which added that all future endowment investments should be subjected to a “system of decarbonization.” The vote on the final measure was taken by paper ballot instead of verbally — an unusual move for a Faculty vote.

Watson told faculty members before the vote that Harvard has become the “poster child” of the fossil fuel industry, and said the cumulative effect of his motion and Engell’s amendment could be “significant.”

“Divesting is not only the right thing to do, it is the smart thing to do for the long term,” Watson said.

Engell said while introducing his amendment that, even though the motion is “advisory only,” he hopes that it will provide University financial managers with “support and encouragement” to divest.

“We hope that Harvard will be a leader and not a laggard in decarbonizing its investments,” Engell said.

After the vote, University President Lawrence S. Bacow said that he would bring the motion to the Harvard Corporation for consideration.

“I am confident that the Corporation will give it the thought and consideration it deserves,” Bacow said.

Bacow asked faculty members for their “patience” and added that he will inform the faculty of the Corporation’s response later this semester.

“Just as it took the faculty time and thought to get to this position, the Corporation will also take time to get to its response,” Bacow said.

A group of professors known as Harvard Faculty for Divestment has been calling for divestment for more than five years. In 2014, the group wrote an open letter to former University President Drew G. Faust and members of the Harvard Corporation urging fossil fuel divestment. More than 500 faculty have signed onto a letter posted to the group’s website asking the same of Bacow.

Bacow has maintained that the University’s endowment should not be used as a tool to enact social change, as have several of his presidential predecessors. Instead, he has said the University must work with industry players to address climate change, among other arguments.

“The question before us today is whether this faculty supports divestment and decarbonization now, when we can possibly influence others to follow our lead, or we wait, as we did in the case of South Africa, until nobody cares,” Marglin said. “We are voting on divestment and decarbonization, but we are also voting on the honor of this university.”

Only one professor — Government professor Dustin Tingley — spoke against the motion at Tuesday’s meeting. Tingley said that, though he studies climate issues in his research, he believes that the motion would have a “symbolic impact” that is “hard to direct, contain, and control,” rather than a direct impact.

“Today, I will vote no to divestment, but yes to investment in the research, teaching, and learning around climate change,” he said. “Yes to investment by Harvard in this vital space that has clearly struck a nerve among our students, staff, and faculty.”