‘Lucian Freud: The Self-Portrait’ Provides Glimpses but not Clarity 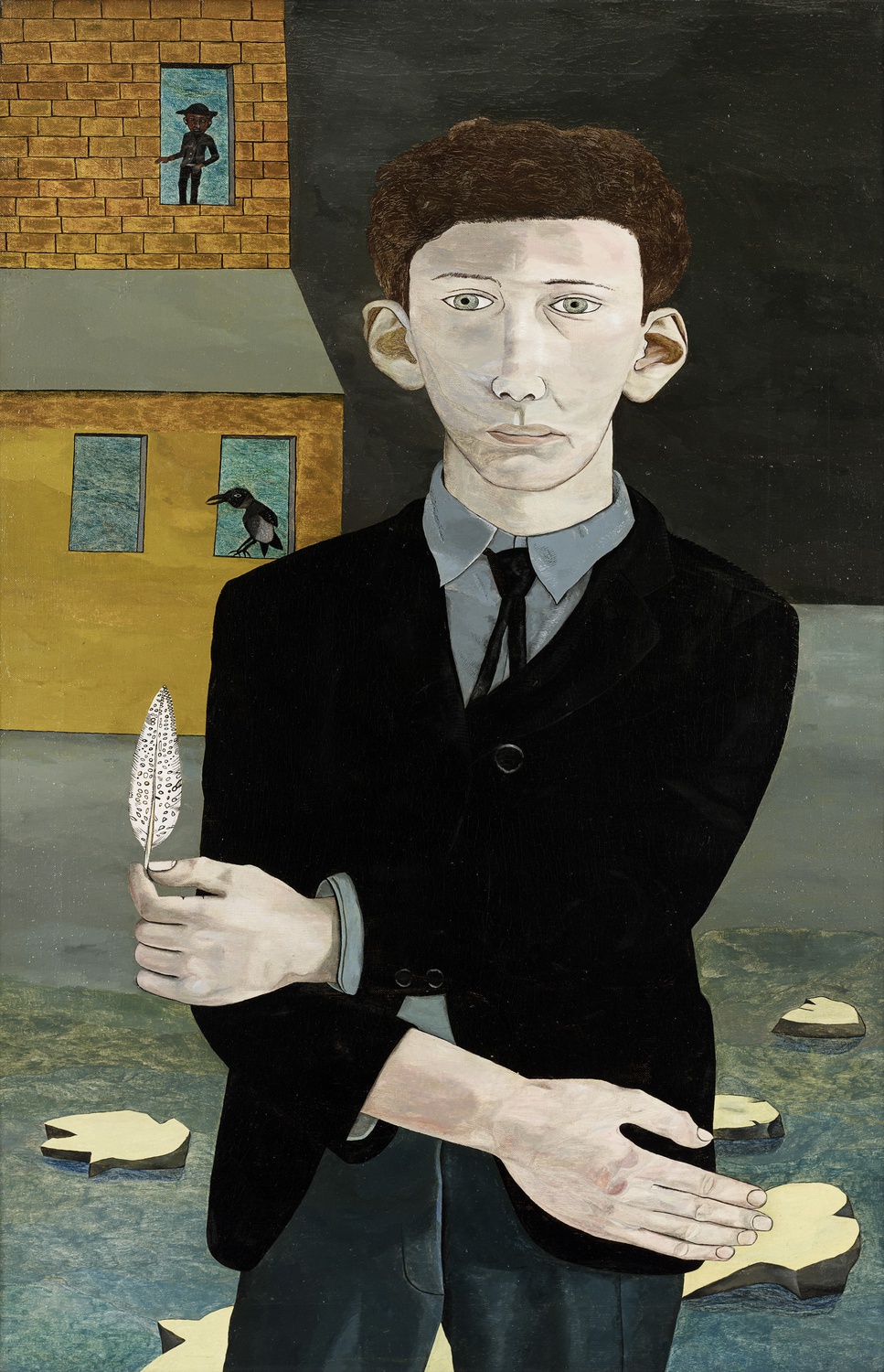 Nine years after the death of Lucian Freud, the Museum of Fine Arts, Boston is providing a new, intimate look into the development of the figurative painter’s artistic expression. Freud is one of the most renowned portraitists of the late 20th century. Even in his early twenties, he had already earned wide recognition in the art world, and his later paintings provided an archetype for the contemporary depiction of the human figure. To give museum goers more insight into his artistic career, the MFA is partnering with the Royal Academy of Arts in London to present an exclusive collection of Freud’s self-portraits. This is the first time in the United States that a collection of this sort has been exhibited. It will be on view in the MFA from March 1 to May 25.

In essence, Akili Tommasino’s curation of the exhibit of self-portraits itself forms a portrait of the artist. Oftentimes, the presence of other subjects in Freud’s art distracts from the masterful work of his painting. It is often tempting to analyze the relation between artist and sitter, especially given Freud’s close connection with psychoanalysis as the grandson of Sigmund Freud. Isolating Freud’s works as self-portraits, however, opens the possibility for the viewer to focus momentarily on Freud’s formal choices before considering his subjects.

The show opens with two pieces that juxtapose Freud’s early and late work. At first glance, the solid colors and minimalist shape of Freud’s “Man with a Feather” stands in great contrast to the exaggerated color and texture of his skin from one of his self-portraits from 2002. The show then proceeds to present his works in a fairly chronological order, demonstrating the maturation of the artist and his craft. In this way, viewers are able to easily appreciate the massive changes the artist made through his career, setting up the stage for what is to come.

The subsequent gallery space displays multiple drawings and sketches made by the artist in the 1940s. The diversity of stylistic approaches found in these portraits gives light to young Freud’s experimentation with portraiture. A number of these works were produced as book illustrations, which allowed Freud to easily dabble in different media and drawing styles. Observing the early sketches of the artists offers a unique opportunity to see him playfully explore different modes of portrayal before settling in his iconic heavy, impastoed style.

It is illuminating to watch the creation of Freud’s identity as a painter evolve over time. While Freud often discarded subpar material, he deliberately left behind some incomplete works. These drafts expose the initial sketchings that are obscured in published pieces by the following months of painting. Additionally, spectators walking through the exhibit are not only able to see the evolution of his style, but also layers of paint accumulating on his portraits’ skins, culminating in the thick and rough texture of his last works. The convergence of his previous works into a mature and intense depiction of skin reveals years of careful meditation. Every painting considered within this timeline hints at the ultimate direction Freud would take as an artist.

Interestingly, the exhibition strives for interactivity, potentially to build an online following. In the back of the gallery, there is a room in which visitors are encouraged to pick up pencil and paper and try self-portraiture themselves, and to share these drawings on social media. With the advent of museums designed entirely to be Instagramable, it is reassuring to see the MFA attempting to stay up to speed without straying too far from their purpose. Drawing, however, may be too time consuming for visitors. With the average viewer scarcely spending more than 30 seconds observing a painting, it would be surprising to see one invest their time into trying to draw themselves — especially if they have little experience. But even if the interactive studio doesn’t reach viral fame, one can only hope that some will find this opportunity enriching.

Near the end of the exhibit, the bubble of Freud’s individualistic representations is broken with two portraits in which Freud is only marginally represented: once as a shadow and once as a small, unfinished painting in the background. The surprising appearance of these works complicates audiences’ views of the artist by presenting a clear example of how he looks at other people. Up to this point, the exhibit cut only considers him a self-reflecting individual, but now the curator highlights that his work is more complex than that. The estrangement previously evident in the abstract shapes that made up Freud’s skin is now visible in the people he paints. Before, his work was only about form; now we have to be concerned with meaning as well.

“Lucian Freud: The Self-Portrait” will leave viewers with the desire to know more about the artist. The exhibition only presents a peek at Freud’s life outside of the self-reflecting mirror. Although the curation is extremely successful in providing a portrait of Freud as painter, it lacks information about the person he was, or why exactly he painted the way that he did. In the end, the exhibition raises more questions than answers about Freud’s complex, illustrious career.

—Staff writer Tomás Guerrero Jaramillo can be reached at tomas.guerrerojaramillo@thecrimson.com.