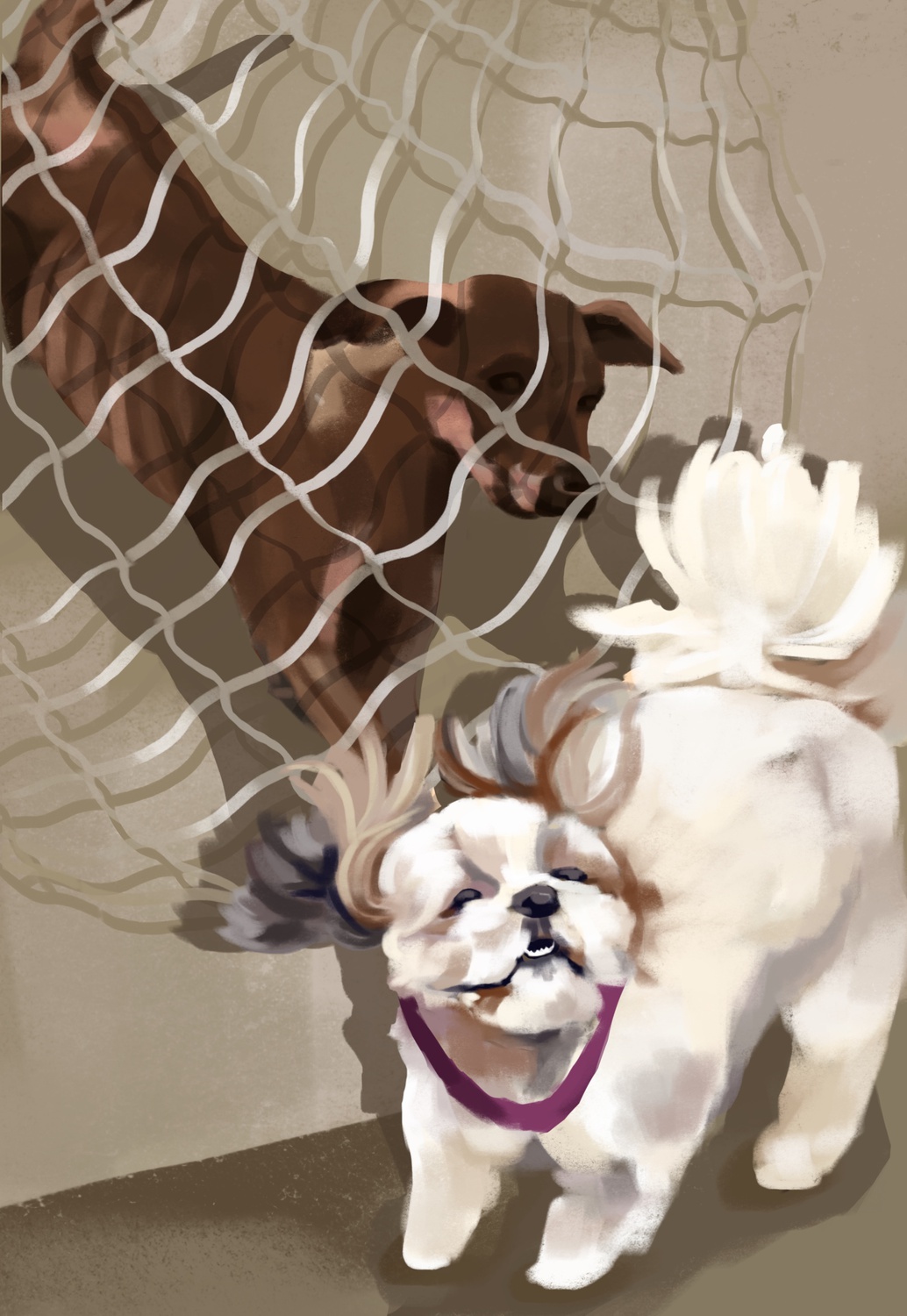 "When people ask me about the most memorable thing I saw on my trip to the Philippines, I don’t tell them about the stray mutt." By Sofia G. Montinola
Advertisement
Advertisement

Ask anyone who knows me — I cry easier than a toddler at the dentist. But for some reason, it wasn’t the hundreds of patients we’d seen in various stages of disease or the abandoned children ecstatic to receive their first toy who finally broke the dam on my tear ducts. It was a stray mutt minding its own business in the corner of a park in Concepción, Iloilo.
By Rachel Chen

I don’t know why it took me so long to cry.

Ask anyone who knows me — I cry easier than a toddler at the dentist. But for some reason, it wasn’t the hundreds of patients we’d seen in various stages of disease or the abandoned children ecstatic to receive their first toy who finally broke the dam on my tear ducts. It was a stray mutt minding its own business in the corner of a park in Concepción, Iloilo.

We were in the Philippines for a medical mission trip only days into the new year, and I had arrived expecting to be moved. I was ready to witness suffering and help relieve it; I eagerly anticipated the opportunity to recognize my privilege so that I could be a changed woman when I returned home.

The local Filipino schoolchildren paid the stray no mind as he trotted around the border of the grassy square, looking alert but by no means aggressive. We didn’t notice him at first, either. We were playing with Peyton, the Shih Tzu puppy of a local nurse working in our medical clinic. After screening dozens of women for cervical cancer, we were taking a break from speculums and pap smears to rub Peyton’s fluffy, rounded belly and coo into her flapping ears.

We didn’t look up until he was screaming, and then we couldn’t look away. Panicked yelps and vehement growls filled the square as three men in padded suits secured the net they’d thrown around the stray. Cruel and calm as cartoon villains, they waited until the dog’s thrashing and snapping had diminished into fretful whines before they bound his paws together. They carried him away like this, a whimpering knot of scruffy fur and protruding bones tangled up in mesh.

I glanced down at Peyton, still snuffling in my arms. I had involuntarily turned to shield her from the scene.

I didn’t realize I was crying until my sister patted my back: “You’re a mess.”

It comes up sometimes, walking from Sever to the Science Center. It surfaces during the late hours of night, between abandoned problem sets and passionate rants. We talk about school shootings and terrorist attacks; boys of color shot in the back for walking; coronavirus.

When people ask me about the most memorable thing I saw on my trip to the Philippines, I don’t tell them about the stray mutt — they’d only sigh sympathetically, more concerned about my wellbeing after witnessing such brutality than the dog’s welfare. When we talk poverty and privilege and power, interpolated between small talk about exams and ex-boyfriends, the puppy fits into the latter category.

Instead, I tell them about a patient: a woman who lifted her purple shirt to reveal a monstrous, fungating tumor protruding from her left breast. Scarlet, furious, pulsing, it leaked serous fluid through the makeshift bandages that struggled to contain it. According to her file, the growth was the size of a coin in late July. Only six months later, it was the size of my fist.

I describe how she sat on the bed, unmoving, the quiet eye in a hurricane of teal scrubs and hushed murmurs. I do not speak Ilonggo, but desperate fear is a universal language. Clearly, her husband was unwilling to pick her up or speak to the doctor.

This story garners the reaction that I subconsciously seek. The audience gasps. Wide eyes meet dropped jaws. Discussions about healthcare inequities and social suffering immediately commence. Previous classes taken and books read are all cited in a public, earnest bid to prove credibility of compassion, of our well-informed and well-intentioned empathy.

It strikes me sometimes, while I’m basking in the glow of the conversation I’ve sparked, that it feels slightly competitive — performative, even. What are we posturing for? How often, when we engage in discourse about suffering, are we discussing what we’re truly indignant about as opposed to what will paint us in the most intellectual, compassionate light?

And what does it say about me, that in the split second I select an anecdote to share, I pander to this particular audience?

What I don’t tell people is that I saw the woman with the breast tumor only a day after I saw the stray dog in the park. This is how the story really ends:

I had to leave the patient’s room. Nausea rolled through my gut — not from the oozing, grotesque tumor burned into the back of my eyelids, but from an oppressive, staggering secondhand terror I felt for this woman’s life. I slipped past the curtain and stumbled headlong into a doctor I had been shadowing.

What are her options? My trembling lips could produce neither sound nor syllable. Will she be okay?

“Oh, baby.” She rubbed my arm. “She’ll try the mastectomy. But we can’t focus too much on her — she knew for months! Since July, she did nothing about it.”

I wanted to rip my hair from its roots. Did she have the money? If so, would her husband let her use it? How close was the nearest hospital? Could she get there? Did she have work, children, bills to pay that seemed more pressing than a lump under her skin she thought she could pray away?

But even harder to chew, let alone swallow: Was the doctor just a little bit right? Even when we’re well-informed and well-intentioned, and in a place of so much need and so few resources, might we need to ration our compassion?

I don’t tell the second half of the story because it isn’t what people want to hear. The nausea and newfound doubt in my capacity to care, just like my five-cent story about a stray puppy, do not belong in the same conversation as the hyperintellectual and performative echo chambers I created by telling the first half.

But that five-cent story is worth more to me than just a belated activation of my tear ducts. It was the climatic epiphany I had so eagerly anticipated all week, the moment I grasped intuitively what I had always known cerebrally. Nothing separated the Shih Tzu from the mutt, except that she was young, and cute, and bred to be sold to a warm home that would take her on long walks and feed her beef-based pellets twice a day; nothing, other than the chance circumstances of birth, separated me from the woman and her tumor.

And I am coming to realize that perhaps I arrived in the Philippines with selfish expectations: to be genuinely moved, yes, but also to leave with a goody-bag of anecdotes, to prove to myself and others that I was genuinely moved — as evidence of both emotional engagement and intellectual mastery over these hefty topics we toss around over drinks at night and brunch the next morning. And in the process of cherry-picking the right stories, I glossed over the only one that actually shook me to my core — a tale of two dogs that wrenched my eyes open wide enough to register human suffering the way I had so hoped and anticipated the rest of my service trip would.

When people ask me about my trip to the Philippines now, I tell them both stories: the mutt in the park and the woman with the tumor. I hope they see that to me, they are the same story. I’m just the other dog.

—Magazine writer Rachel Chen can be reached at rachel.chen@thecrimson.com.