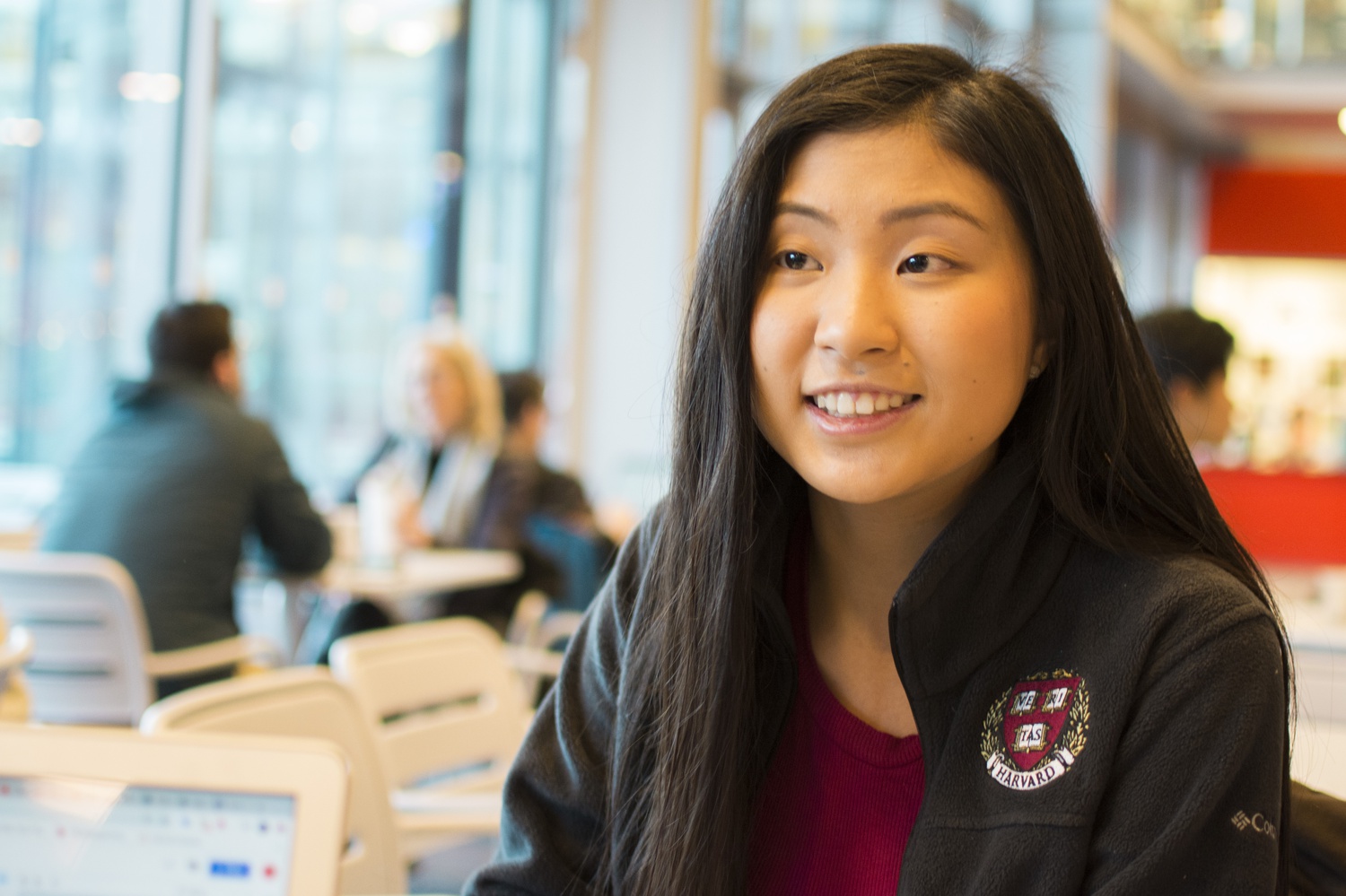 “Growing up, there just wasn’t a lot of Chinese American representation in pageantry,” Yang says. She imagines an America where Miss Chinatown U.S.A. will not be confusing to anybody.
By Jane Z. Li

Lauren H. Yang ’23 was crowned Queen of the Miss Chinatown U.S.A. court in February — though she almost did not compete for the title at all.

“When I was little I was too shy to ask for take out boxes at restaurants,” Yang recalls. When Yang was eleven, her mother pushed her and her sister to participate in pageants — she hoped it would help them overcome their shyness.

Even at eleven, Yang had some misgivings. Popular images of child pageants from shows like ‘Toddlers & Tiaras,’ with “little kids wearing a lot of makeup not having any manners at all,” deterred her from competing. The reality, however, was much more “kid-friendly” than Yang anticipated.

“If you were below thirteen you couldn’t wear makeup,” she explains. “[The pageant organizers] created a community and environment to help you grow that’s completely different from what I saw on TV, which I’m really happy about.”

Though she’s interested in pageantry, classical piano, and visual art, women’s rights activism is the passion nearest to Yang’s heart. Her face lights up when she begins to describe “Girl Up,” a “United Nations Foundation campaign dedicated to women fighting for women and girls.” Yang — who grew up in Sugar Land, Texas — founded a Houston chapter of the campaign. They worked to raise money for girls in Malawi to safely get to school, purchased feminine products for girls in Mexico, and even passed a federal law that prioritizes refugee children’s access to education.

After high school, Yang felt the time had come for another challenge: Miss Chinatown U.S.A. “After I graduated I was like, I might as well do something new this summer,” she says. “I may never have the chance to take the time to do something for myself, so I kind of just went for it.”

Yang, however, had doubts about the pageant whose crown she now holds. Although Yang appreciated the focus on Chinese culture and history, Miss Chinatown U.S.A. had another unique element she found less appealing: a swimsuit competition. As an ardent women’s rights activist in high school, she felt the nature of Miss Chinatown U.S.A. went “completely against everything that [she’d] ever believed in,” particularly in the context of the Miss America 2.0 movement.

“[The Miss America pageant] got rid of the swimsuit competition because of the male gaze and all the connotations of it,” she explains. “I was like, who am I to be putting myself into this when I’m at the same time advocating for women’s rights?”

In fact, according to the event’s website, Miss Chinatown U.S.A. began in 1948 as a “bathing beauty contest” in San Francisco, possibly started by “Chinese-American GI’s...with a habit of looking at pin-ups.” It became the Miss Chinatown U.S.A pageant in 1958, and evolved to include a talent competition, Q&A, and qipao (a traditional Chinese dress) section.

Ultimately, Yang decided to take a “leap of faith.”

“I can’t make a judgment about other people or about this experience until I actually do it for myself,” she says. Despite her initial misgivings, something “clicked” when Yang stepped on stage and felt the outpouring of support from her friends and family.

“I realize now that the whole swimsuit competition is not about wearing a bikini for other people to see,” Yang says. “I think it’s more about choice.”

Before stepping out in front of a million viewers, Yang had never worn a bikini. “The first time was when I tried it on, the second time was tech rehearsal, and the third time was the actual night,” she laughs. “But getting to the point where I was comfortable enough in my own skin was super rewarding, because that was something I struggled with when I was younger.”

Yang also appreciated the pageant’s emphasis on staying connected to Chinese culture. Miss Chinatown U.S.A. coincides with San Francisco’s two-week-long Chinese New Year celebration. After the pageant weekend, Yang and the other members of the court visited Chinatown and businesses run by Chinese Americans or Chinese immigrants. They also saw family associations, groups founded during the Gold Rush. Organized either by last name or ancestral village, they were designed to offer Chinese immigrants a community.

Miss Chinatown U.S.A. offers Yang and the other members of the court a platform to be “goodwill ambassadors for the Chinese community throughout the new year.” Yang hopes to give back to the Boston Chinese community during the school year by volunteering with the Chinatown Citizenship Program.

And yet, Yang noticed the pageant was not just “goodwill.” Miss Chinatown U.S.A. was not immune to the climate surrounding the coronavirus. Viewership dropped from 3 million to 1 million this year, and event organizers had to reassure the media that it was safe to watch the parade. Yet Yang feels the adversity only makes their work more important.

“There’s so much xenophobia and anti-Chinese sentiment going on right now,” she says. The work of Miss Chinatown U.S.A., Yang explains, “is super important in honoring Chinese culture and tradition and making sure people know that where we come from is not what people keep saying it is.”

While her title holds wide-reaching implications, Yang leaves me with a more personal note about her victory’s significance.
After her win at Miss Chinatown U.S.A., Yang walked the streets of San Francisco with her court. They revelled, but it was bittersweet.
“People weren’t really sure who we were because we were wearing the qipaos and sashes and crowns. [I] heard people say, ‘Oh, that’s Miss China’ or ‘that’s Miss Universe,’ but I never once heard ‘oh that’s Miss U.S.A.’ or something American.”

“Growing up, there just wasn’t a lot of Chinese American representation in pageantry,” Yang says. She imagines an America where Miss Chinatown U.S.A. will not be confusing to anybody.

“I think that’s somewhere we’re going towards, but I just wish it was faster,” she says.