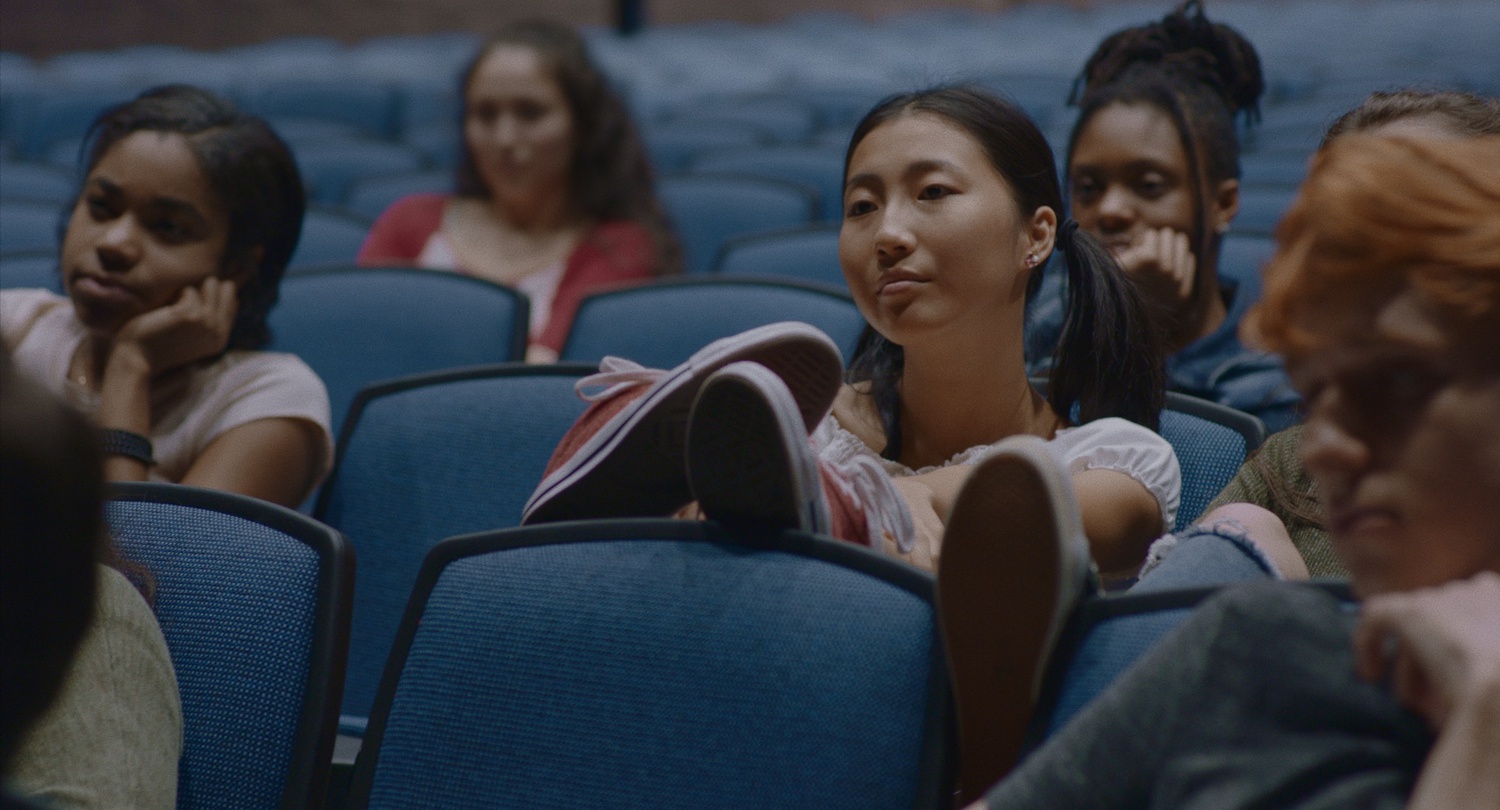 From Harvard to Sundance and Back Again With Shirley Chen '22

She remembers often feeling underrepresented when auditioning for lead roles when she was younger — she was often one of two Asian-Americans waiting backstage. Now, Chen no longer feels as if she can only audition for the token “type-A student or best friend.”
By Felicia Y. Ho

“Beast, beast, ready to act,” chants Krista — the character Shirley Chen ’22 is playing — under her breath before launching into a tumbling series of improv exercises in acting class. In “Beast, Beast” — a feature film produced by Alec Baldwin that premiered at Sundance in late January — Chen’s acting prowess allows her to capture the full force of Krista’s bubbling, layered personality.

A self-described “zany theater kid,” Chen was inspired to pursue theater at a young age after watching her older brother perform in plays and musicals. Soon, she was auditioning for commercials and shows. At age 13, she moved from Washington state to Los Angeles to pursue acting as more than just a hobby.

In high school, she landed her first breakout role as Molly, Peter Pan’s love interest in the play “Peter and the Starcatcher,” a prequel to “Peter Pan.” As Molly, Chen played “a romantic lead and the strong female protagonist” for the first time.

Her next major role came in 2018, when she played the eponymous character in the short film “Krista” — a performance that later won her the South by Southwest (SXSW) film festival’s award for “Best Acting in a Narrative Short.” “Krista,” written and directed by Danny Madden, explores the cathartic nature of acting when growing up in a world haunted by gender discrimination and sexual harassment.

After watching the short at SXSW, actor and producer Alec Baldwin signed on to produce a longer feature film, “Beast, Beast,” that expanded upon major themes from "Krista." Madden credits Chen’s powerful performance as a factor in the decision to create “Beast, Beast,” telling Deadline Hollywood in a January interview, “We became tight with Shirley, and she has more life and bubbliness — I felt that was something missing from the short.”

After premiering at the 2020 Sundance Film Festival on Jan. 25, “Beast, Beast” received acclaim for telling a raw, emotionally turbulent tragic story about three teenagers coming of age in contemporary America. This was her first professional leading role in a feature length film, and Chen was particularly excited to be presenting the film’s world premiere with Baldwin.

“My colleagues and I would pass by Steve Buscemi and Lin-Manuel Miranda, and [Baldwin] treated us the exact same way as he did them, with the most respect and charisma and willingness to share what he’s learned over the years,” Chen says.

Reflecting on her career thus far, she remembers often feeling underrepresented when auditioning for lead roles when she was younger — she was often one of two Asian-Americans waiting backstage.

Now, Chen no longer feels as if she can only audition for the token “type-A student or best friend.”

“The mentality has shifted completely, to believing that having an opportunity for any Asian person is also an opportunity for me. It’s about retraining yourself to think, ‘Okay, well, I inherently bring something unique because I am me,’” Chen says.

At Harvard, she has become a leader in the acting community, passionate about challenging herself through new experiences. Last year, she became the only freshman girl in the first co-ed Hasty Pudding cast. “I definitely went into it feeling like a fish out of the water, but getting to work with these girls who are very much respected on campus and who really felt so comfortable with musical theater really pushed me to try new things and grow,” Chen recalls. 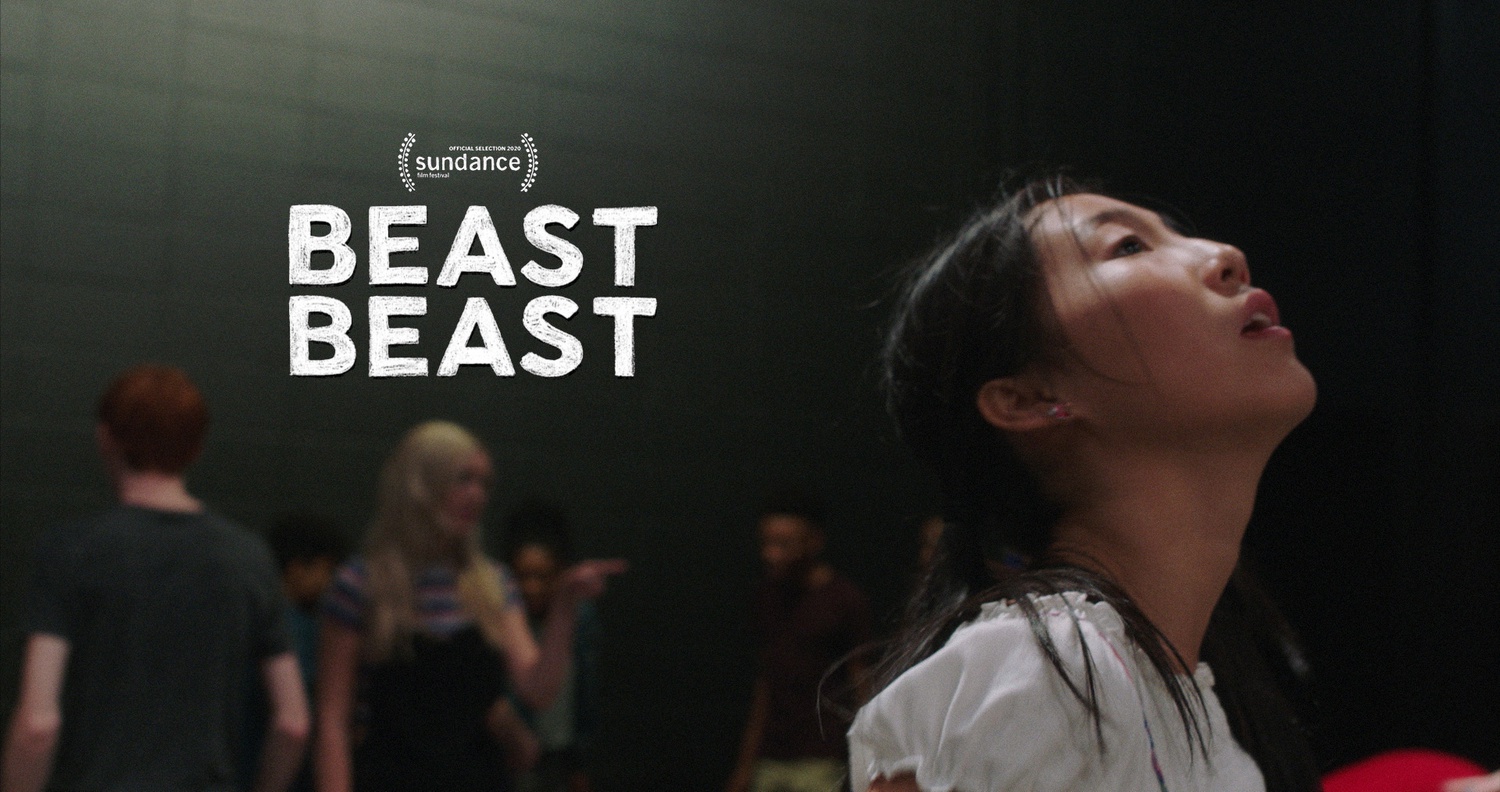 Shirley Chen ’22 played the character Krista in the feature film "Beast, Beast," which was produced by Alec Baldwin and premiered at Sundance in late January. By Courtesy of Shirley Chen

During her time in college, Chen also joined the Harvard College Asian Students Art Project (ASAP), a group dedicated to celebrating the creative art skills of Pan-Asian and Asian-American students. She decided to join after watching ASAP’s production of the student-written musical “The East Side” last year.

“It was an amazing thing because it was the first time I’d ever seen an audience that was primarily Asian or Asian-American,” Chen says. “It was also in Farkas, which is the same space we do for the Hasty Pudding show, which is a very different kind of demographic and audience.”

Chen went on to co-direct ASAP’s production of “M. Butterfly” last fall — another new experience for her. “Ultimately, I would hope that I could help promote Asian-American arts, not only being in front at the stage or the screen but also behind the scenes more creatively,” Chen says.

Taking this mission to heart, Chen is on leave this semester to act in her first professional play, “Man of God,” as a member of an all-Asian cast. Talking about the audition process, Chen says, “Well, everyone [at the audition] looks like me. What makes me different now is not based on the superficial, but more so it’s about you and what you bring in.” She is excited to devote her full attention to the play without having to balance acting with a full course load.

Although Chen, for now, may be “riding it and seeing how it is” to be a professional actress full-time, she also looks back fondly on her busy first year here: “I think there’s nothing like going to Harvard, and there’s also nothing like trying your best to pursue your passion.”