‘Horsepower’ Marches to Its Own Beat 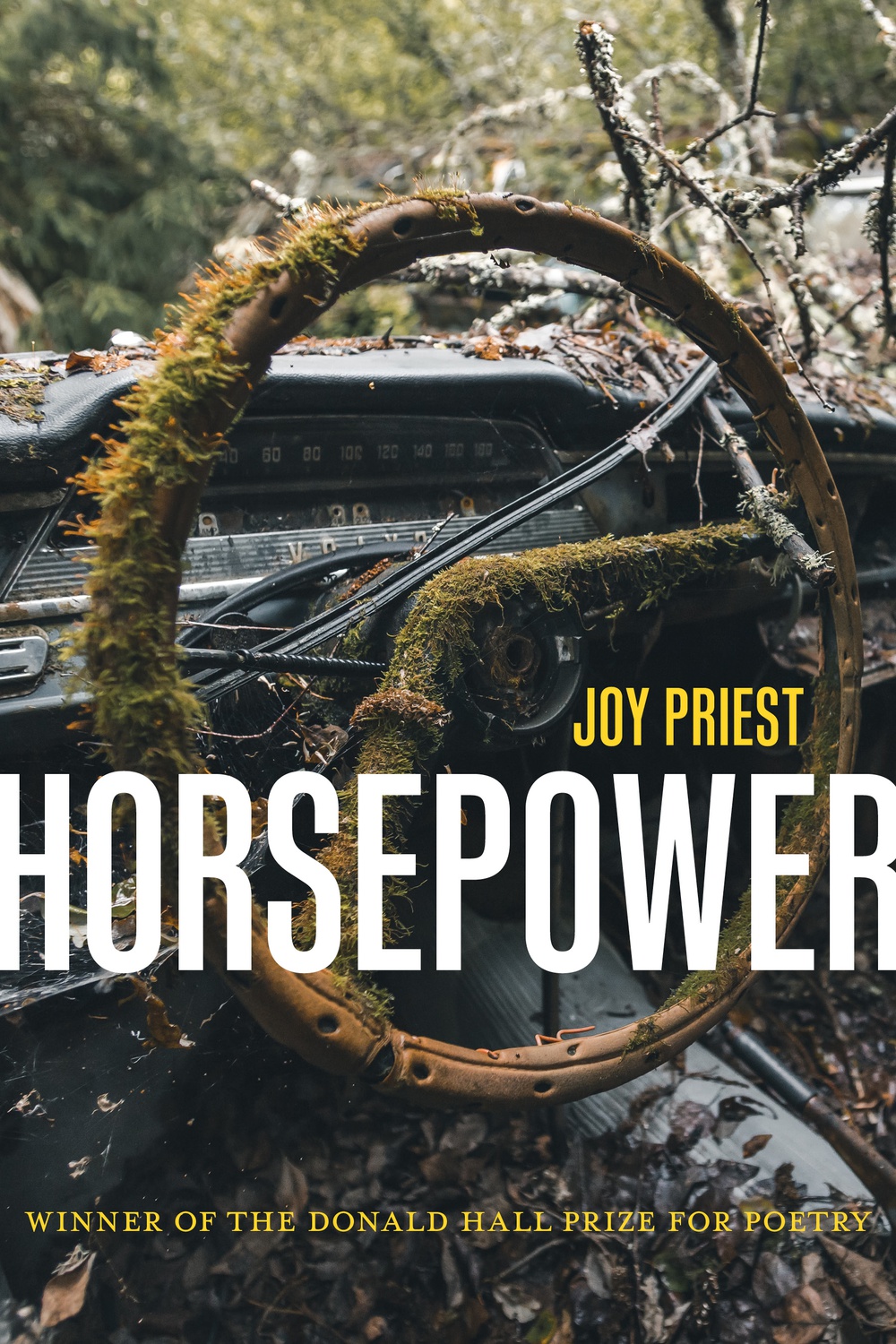 In her debut collection of poems, Joy Priest examines sensation and memory, childhood and adulthood, family and sexuality. Bracingly honest, featuring careful experimentations with form, “Horsepower” is a raw and thoughtful creation.

“Horsepower” is divided into three sections, the collective whole of which is flanked by two poems: “Horsepower” and “Pegasus.” Of all of them, “No Country For Black Boys,” which Priest notes was “written on the occasion of the acquittal of George Zimmerman,” carries the most explicit message –– grief, anger, resentment, resignation, all tied up in a double narrative of a Black boy walking and a white man with a gun. Some poems are half-family histories, mostly of her father’s side, the “family / I do not know / I have” in “Horsepower.” Others are imbued with the sometimes-violent nostalgic sexuality of her later years. Some of them are so deeply personal that they seem as if they weren’t meant to be published.

Each poem could easily stand alone. At first glance they seem largely disparate and unconnected but for the overarching image of horses at the racetrack. But look closer, and slowly Priest unveils the ties between the bits and pieces. In “Self-Portrait As Disney Princess,” she describes bees “glittering with pollen”; in “Junker,” she remembers how her “fingertips glitter / with neon dust… Sometimes I miss her / pollinating everything.” She then carefully draws together the narrative she has built for herself: a runaway horse leaving Kentucky, still looking back.

Now for the highlights. “Rodeo” is a simmering desert-hot thing, a love poem: “Butterflies collide with my / Whipped tail, my / Tremoring eyelashes, my / Heavy teeth.” Priest has a talent for last lines and that of “My Father Teaches Me How To Handle A Pistol” is one of the best: imagining her grandmother, Priest thinks, “I keep [the gun] straight / learn what she was tested by / to get eyes old enough / to hold a bullet still.” The omnipresent image of the horse is, in “Elegy For Kentucky,” a dying black filly, which bleeds into first-person halfway through.

Every poem comes in a different shape. Priest has placed targets between the stanzas of “Upon Reading James Lipton’s “An Exaltation of Larks” and before each page of “Ode To My First Car.” At the beginning of “No Country For Black Boys,” she crushes “iamalwaysthereipatrolifollow” into one smudge of ink. She adds space, fills the page here and leaves it blank there. “In The City” is dirty and pulsing: “redbone rhythm her first time breaths only sound / that ever drowned out the buzz of the city.” Masterfully Priest weaves the blur of the Kentucky heat into the clarity of her vision.

The whole of “Horsepower” is shot through with a strange, buzzing nostalgia. Each theme –– the lingering influence of slavery, misogyny, sexual violence, what it means to be Black in America –– does not reveal itself so much as claw its way out. Reading “Horsepower” is reminiscent of growing pains. It is sympathetic without asking for sympathy, an unflinchingly honest portrayal of life as experienced. “Horsepower” demands to be witnessed.