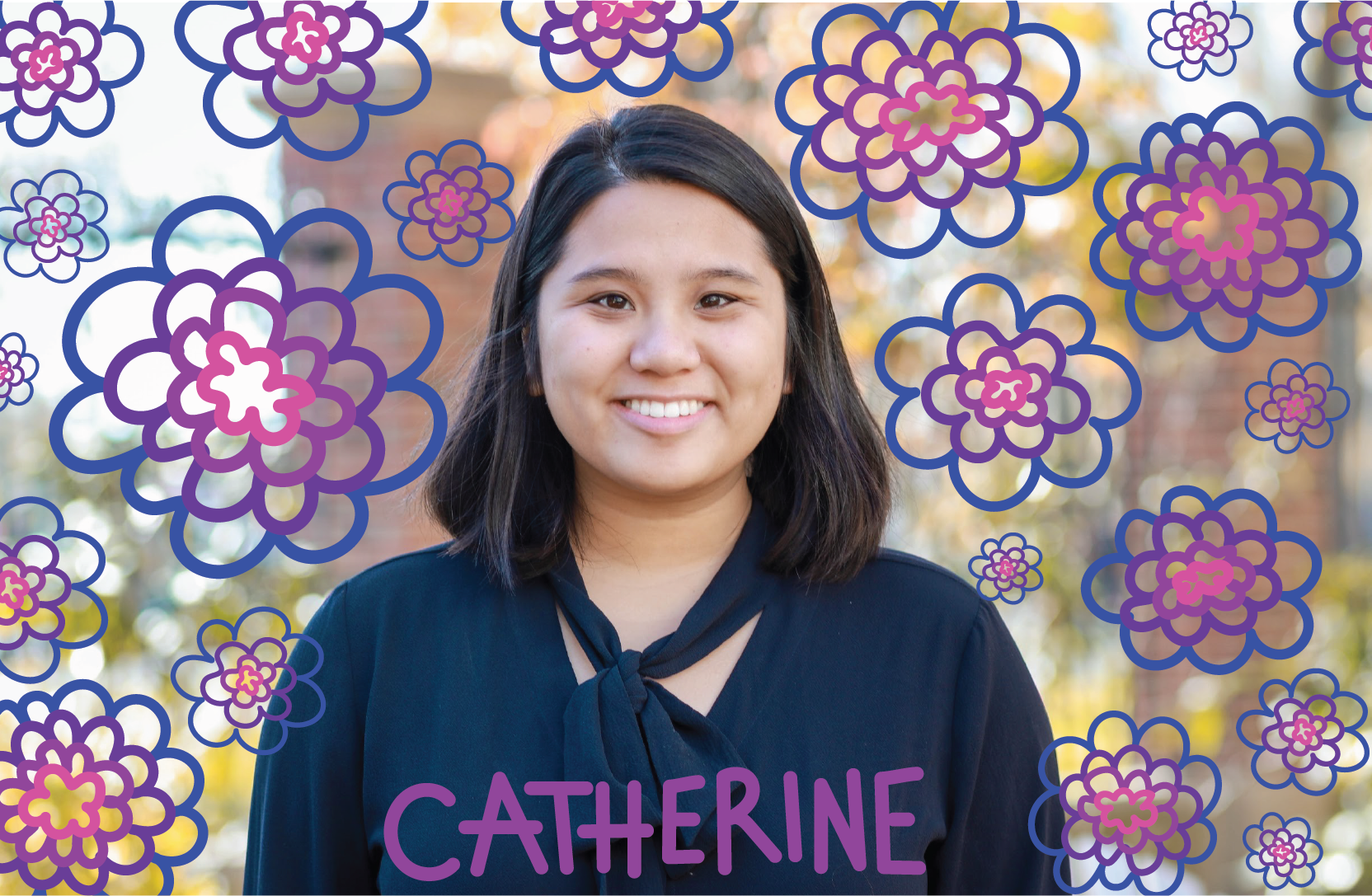 Catherine H. Ho’s ’21 college experience has come full circle — she’s back in her childhood home in Louisville, Ky., feeling slightly coddled by her parents as an only child and “reverting to high school dynamics” over time. But Ho says she’ll be graduating from Harvard a very different person compared to her freshman self.

“I was such a hardcore pre-med,” she laughs. Ho had planned to apply to medical school in her senior year and continue on directly after graduating.

Her trajectory changed during the fall of her sophomore year, when Ho testified in defense of race-conscious admissions in the Harvard affirmative action lawsuit. When she took to the stand, she cited the importance of her Vietnamese heritage in her identity. She spoke to lawyers, learned what Asian American studies was, and took her first Ethnicity, Migration, Rights class that semester.

By now, Ho has taken almost as many classes for her EMR secondary as she has for her Neuroscience concentration. “[EMR] classes have really asked me to consider what I want the institution I exist in to be,” she says. Her growing awareness of how power dynamics play out at Harvard — “who gets valued, who doesn’t get valued” — has guided her work with the Asian American Womxn’s Association, the Task Force for Asian American Progressive Advocacy and Studies, and the Harvard Ethnic Studies Coalition. 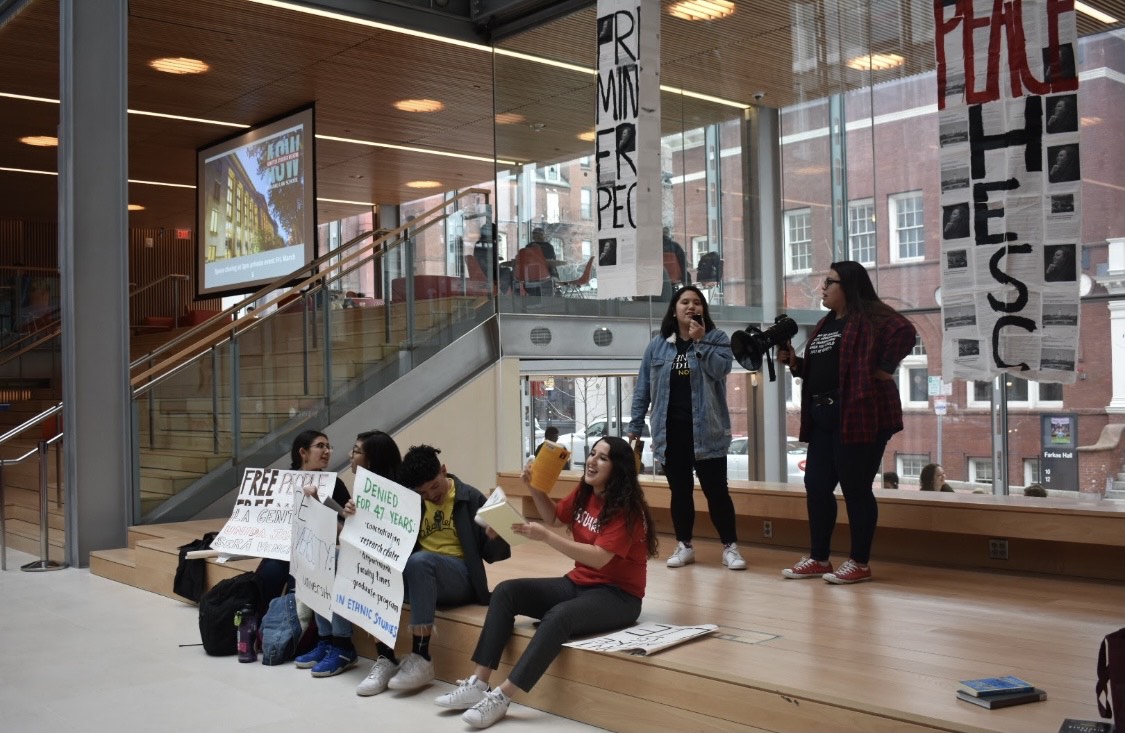 What science and social justice share, Ho says, is the feeling that she can bring her full self to both of these environments, with mentors that understand the challenges of being an FGLI student. “I’m not just there in one capacity,” she says. “I’m not just there as an undergrad thesising, but I’m also a person who has interests, who my mentors care about. In class I’m not just a student, but I’m also a person with a lived set of experiences that are seen as valuable.”

In the past, Ho could be found trudging through the snow in Quincy courtyard on her way to Leverett House or working on her thesis about memory retrieval and problem solving on the eighth floor of William James. These days, she wakes up at a “quite bad” hour in the late morning and reads through her notifications from the Boston Globe, the New York Times, and the Washington Post. After her classes, she will “decompress for half an hour by reading more news,” then FaceTime her friends or wrangle hyperactive elementary school students on Zoom as part of the Phillips Brooks House Association’s Boston Refugee Youth Enrichment program. Even if she doesn’t manage to get through the curriculum she planned for the kids, she’s grateful to still be a source of regularity and support in their lives.

“On campus, my Google Calendar was very full, but with quarantine and with the heightened experience that is 2020, I’m proud that I’ve been able to be more flexible with myself,” Ho says. She has been cooking or baking one new recipe each week since quarantine began, stretching her culinary horizons with milk bread rolls, lemon Greek yogurt cake, and an attempt to recreate the HUDS sweet potato casserole — “I DMed them for the recipe and they never responded,” she says. 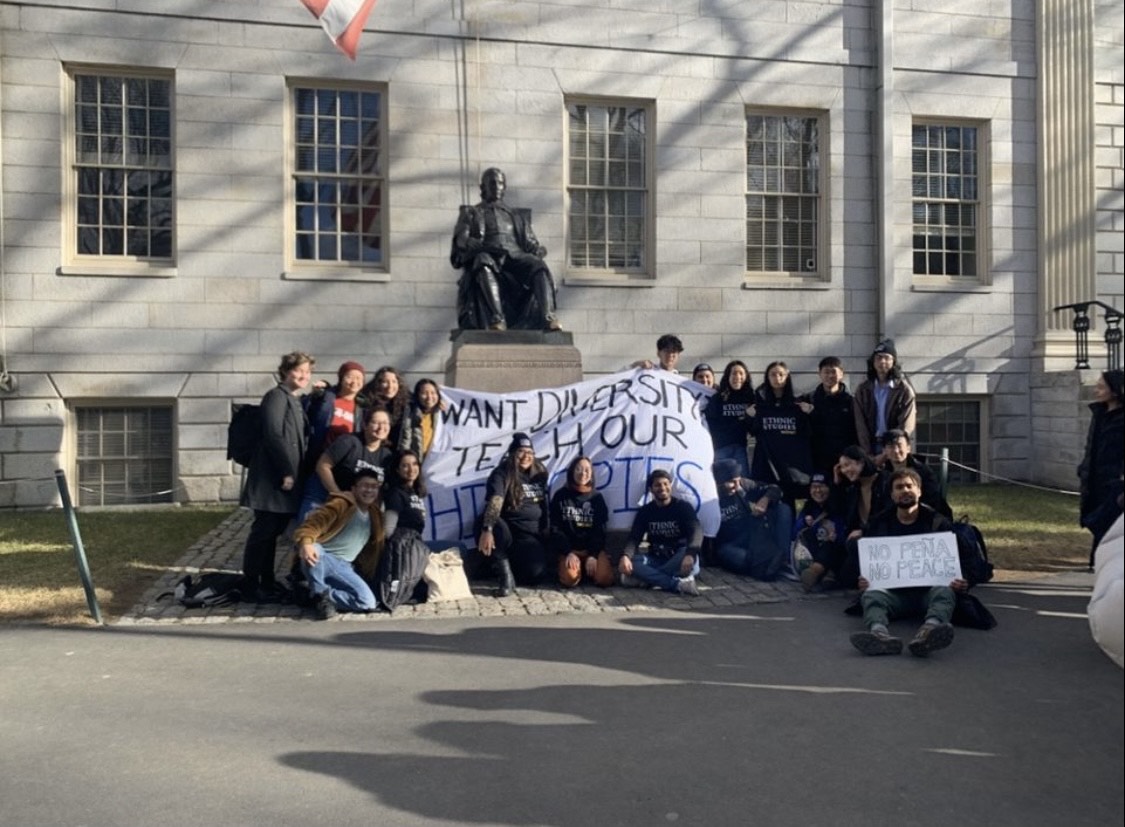 Though Ho entered college as self-described "hardcore pre-med," she says she'll graduate as "a very different person." By Courtesy of Catherine Ho
Advertisement

Returning home has also given Ho the opportunity to translate her politicization from Boston and Cambridge back to her hometown. The shooting of Breonna Taylor and the subsequent protests in Louisville have led her to think more deeply about the dangers of performative activism and how she approaches her work as an ally.

“Racial triangulation tells us that we’re all connected,” Ho says, “but how do I really think through the complicated entanglements of what that means? How can I bring myself to this space in the most respectful way while still really being involved?”

Ho has already been accepted to Harvard Law School through the Junior Deferral Program. She plans to spend her two deferral years in an Asian American Studies or American Studies master’s program, and she hopes to eventually become an immigration lawyer or a community lawyer. Though college has taught her that Harvard is not the perfect institution she imagined as a freshman, she is eager to return for law school to continue to advocate for diversity and inclusion at the University.

“My relationship to and gratitude to Harvard is for what it can hold in the future,” she says.