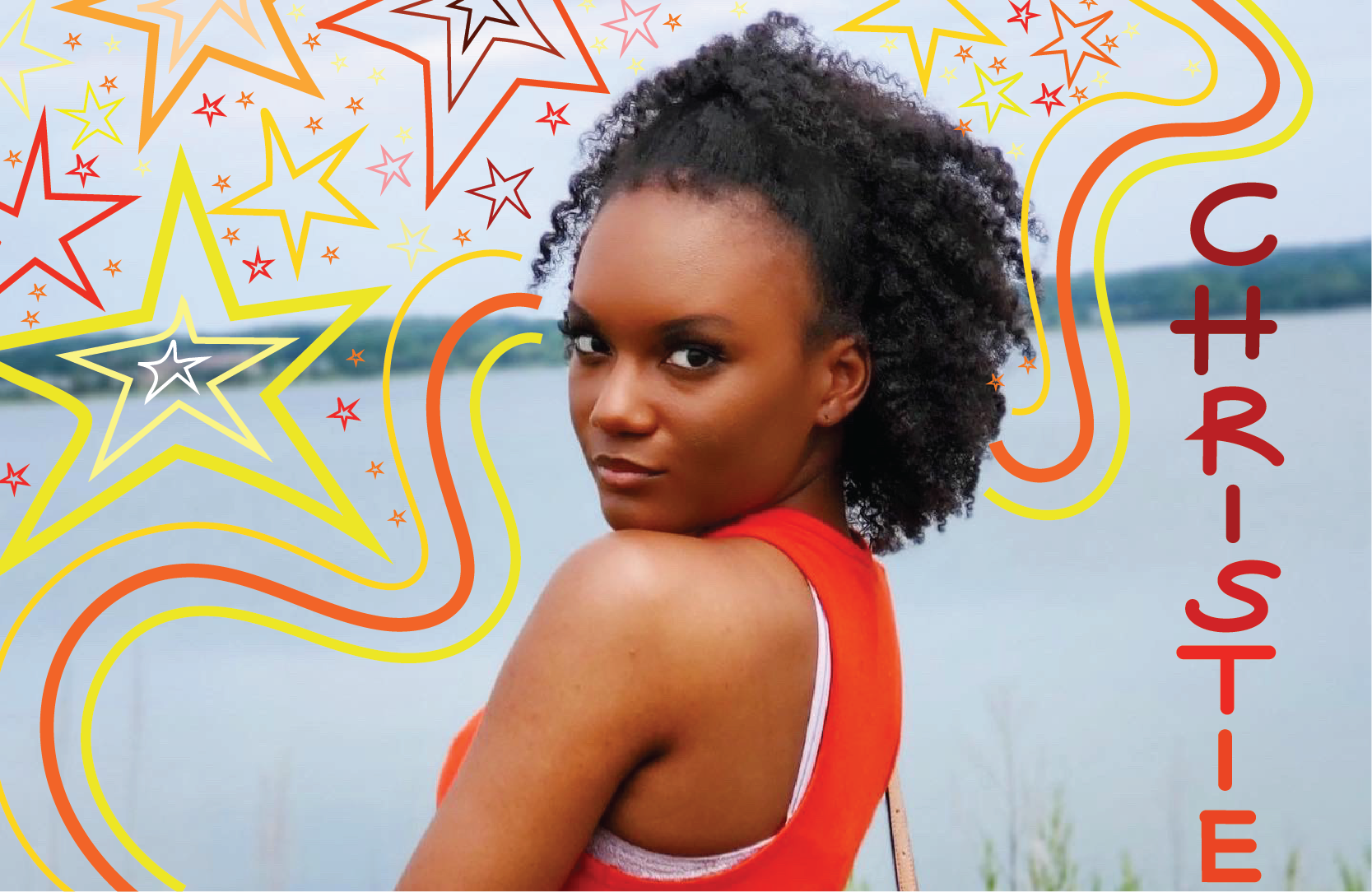 Christie A. Jackson ’21 answers with no hesitation when I ask her what her favorite color is. “I love yellow,” she says, as she pinches the fabric of her turtleneck, pulling it toward the camera as proof. Even through a computer screen, Jackson exudes a positivity and confidence that can best be described as sunny.

Jackson has been living off-campus in Cambridge since June. Before that, she spent several months in Detroit, Mich., her hometown, after leaving campus in March. When I ask how the pandemic affected her life at the time, she pauses. “That’s a complicated question,” she says.

Detroit wasn’t the easiest place to return to during those intervening months, she says. By the end of March, Michigan ranked third in the country for coronavirus cases, with 80 percent of those cases occurring in the Detroit metro area. “I saw a lot of friends who were impacted by COVID-19,” she says. “I have lost a lot of mentors.” Later in the summer, Detroit became a site of widespread protest after the murder of George Floyd.

Jackson is a part of a small cohort of students from Detroit at Harvard — which includes one other student from her high school and a few from another Detroit public school. “We have our small rivalry about which high school is better,” she jokes. Coming to college was a difficult but “enlightening” transition, Jackson explains, as she saw firsthand just how “full of wealth and privilege” Harvard was. “I think that those two experiences definitely showed me a fuller picture of what America looks like,” she says.

Growing up in Detroit shaped her passions and career aspirations. “I’ve personally witnessed and seen how the criminal justice system, how domestic violence, just tears apart lives,” she says. “I think that it’s so important for me to bring awareness to that in a space like Harvard where other students, students like me will go on to be leaders in this country.”

On campus, Jackson serves as Co-President of Harvard College Project for Justice, an organization that brings awareness to issues of criminal justice reform. She also interns at the Harvard College Women’s Center, where she helps organize women’s groups on campus around joint initiatives, including a recent campaign to make HUHS services more accessible to women and LGBTQ+ people. Seeking to merge her interests, Jackson studies Philosophy with a secondary in Women and Gender Studies. 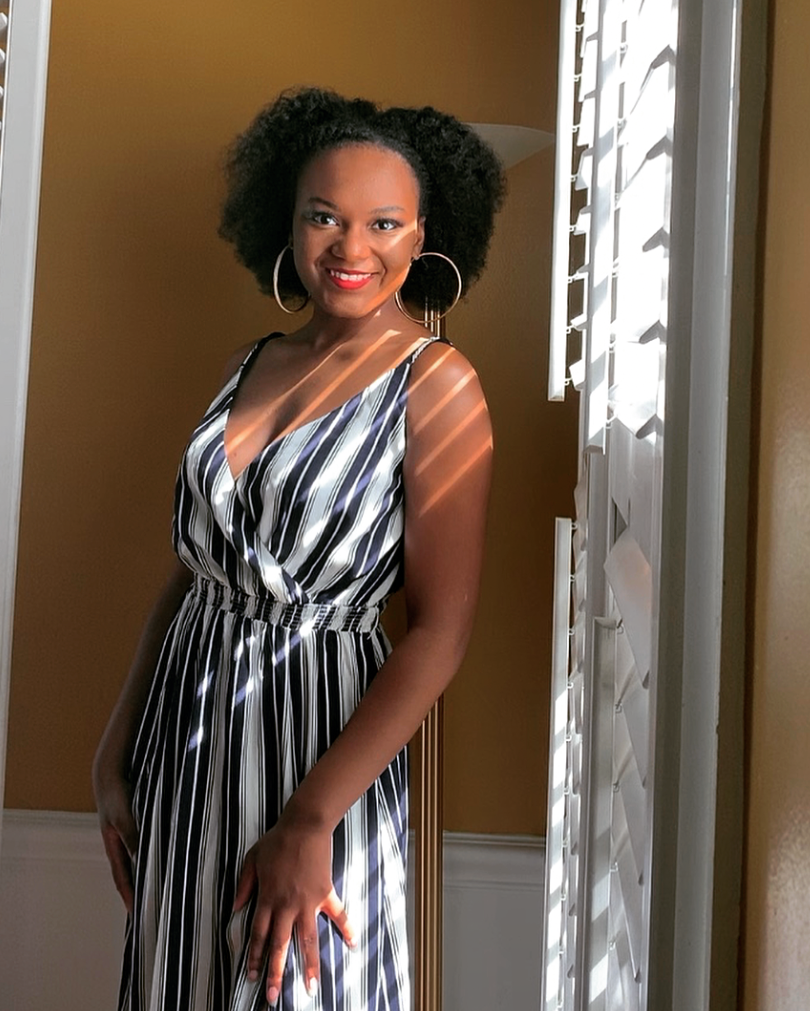 Jackson is one of a handful of students from Detroit, Mich. By Courtesy of Christie Jackson

Though Jackson has been an activist throughout her time at Harvard, the COVID-19 pandemic has reignited her passion for organizing. The mass mobilization of grassroots organizations and the newfound engagement of previously apolitical people in the wake of Floyd’s death has given her hope that real systemic change is on the horizon. “People are beginning to listen to people like me, and I think that’s given me hope in going after my purpose, that it’s worthwhile to advocate for social justice issues,” she says.

The pandemic has also been a time of reflection and reevaluation for Jackson, who is considering post-graduate career options. She previously aspired to become a lawyer — the “safe” track, she says — but is now doubly motivated to pursue grassroots organizing, despite its unpredictability. “This pandemic has shown me that it’s worth taking that risk to do what I’m passionate about,” Jackson says.

Living in Cambridge for around seven months, Jackson has found time to revisit long-dormant passions from her youth — namely, creative writing. Though she started writing stories at age six, writing as a creative outlet was pushed aside by papers she had to draft during her time on-campus. Now, she finds herself writing “a lot,” and recently began a new novel. She’s never published her writing before, but when I bring it up, she lights up with possibility. “Maybe I should go after my dream and publish my writing,” she says. “This is my opportunity, my chance.”

On a typical day,Jackson wakes up at “a reasonable time,” for her around 11 a.m. or noon, and starts her morning with some yoga or meditation. She attends class, cooks some dinner, “tr[ies] to do homework in between binge-watching Netflix,” and then settles down for the evening. As part of her nightly routine, she likes to light a candle and read. “I like to start with something spiritual and end with something spiritual, to have some grounding and not go crazy from everything happening outside,” Jackson says.

Jackson plans to live on-campus for the spring semester. She looks forward to seeing her friends and, surprisingly, studying at Widener Library. “I love the feel of being in the library and just the smell of books,” she says wistfully. She also speaks fondly of spontaneous run-ins with friends in the Smith Campus Center — “that was so beautiful,” she says, nearly choked-up.

As for the online experience, it hasn’t been too bad. “The classes are still, you know, as difficult as they always are, but I think I’ve made more time for things I love,” she says. “Now that I see how important it is.”