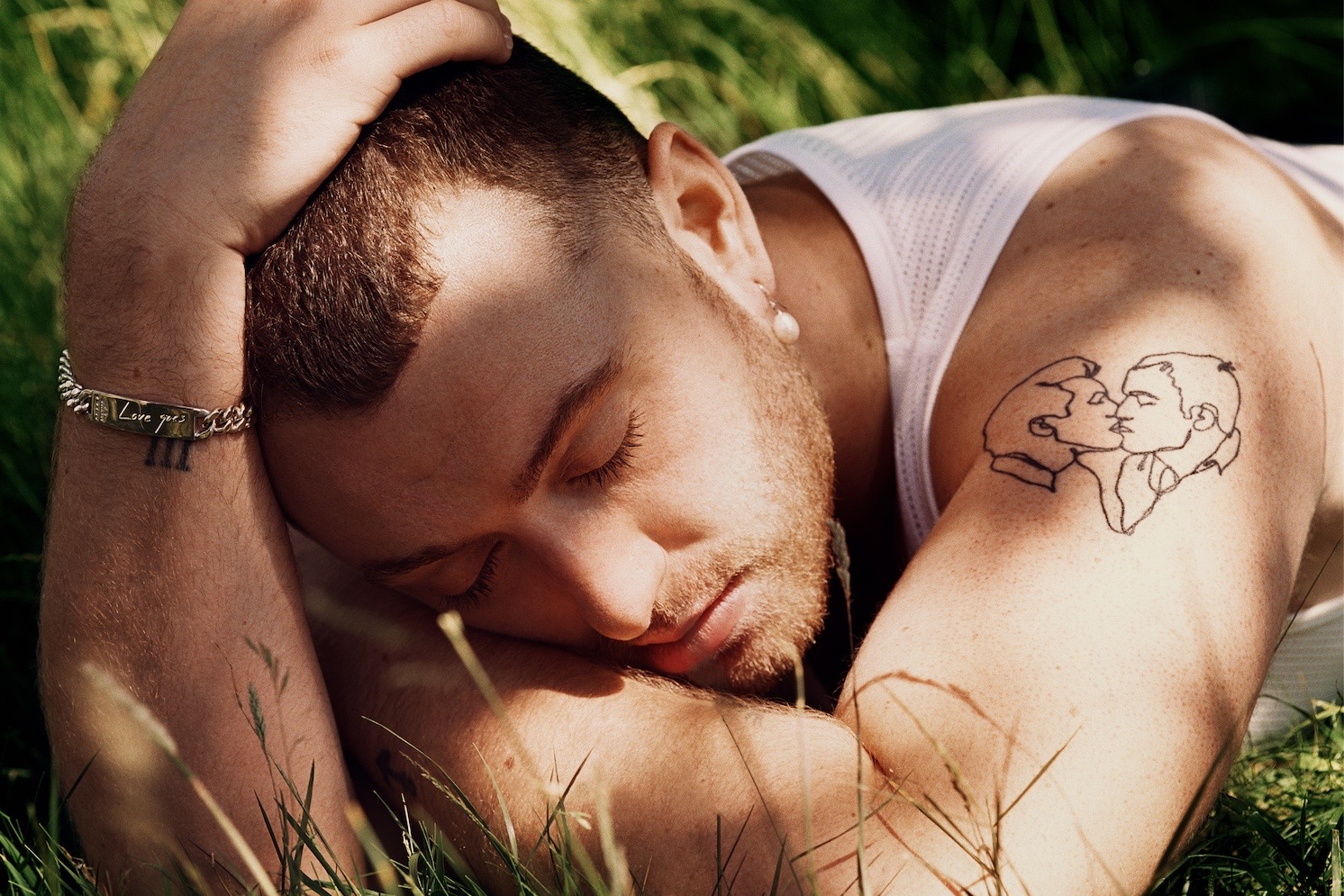 The album’s opener, “Young,” is a 2.5-minute a cappella track on which Smith sings completely alone — an unexpected, yet ultimately rewarding, choice by a singer who is primarily known for piano-heavy ballads and gospel-style backup vocals. Because “Young” is a change from Smith’s usual style and because Smith sings unaccompanied, the track captivates audiences and leaves them with no choice but to listen to every effortless and beautiful word. “Young” not only captures listeners’ attention, it leaves them ready for the rest of the album — excited for what’s to come.

In an interview with Apple Music about “Love Goes,” regarding “Young,” Smith said, “This isn't going to be an album of only uptempo pop. I’m still the person who was writing sad love songs.” And this is true. “Love Goes” has quite a few sad love songs — the types of ballads that fans of Smith’s earlier works have come to expect. Despite the exclamation that this album isn’t entirely uptempo pop, however, there is still a fair amount of the style featured on the album.

“Dance (‘Til You Love Someone Else)” exemplifies Smith’s successful integration of uptempo pop into their album. As the name suggests, “Dance (‘Til You Love Someone Else)” is a dance track. With its quick-building first verse, funky electronic beat, and repetitive chorus, this song is the perfect club anthem. Despite its departure from Smith’s usual style, this song, as well as the other uptempo pop tracks found later on the album like “How Do You Sleep” and “Promises (with Calvin Harris),” demonstrates Smith’s ability to create songs that aren’t sad ballads but still connect well with their audiences.

Smith’s growth as an artist and the worthwhile risks they chose to take on this album are best exemplified on the titular track, “Love Goes (feat. Labrinth).” The song starts off simply enough — after a minute-long soft piano melody, Labrinth sings the first verse and chorus in his soft, smooth, R&B-style voice. Smith then joins the song to sing the second verse and chorus, with subtle but tantalizing harmonies by Labrinth. The pair’s voices work effortlessly together as they sing the chorus’s simple yet weighty lyrics “‘Cause that’s how love goes / That’s how love goes (goes).” Everything changes when, about two-thirds of the way in, the song abruptly transitions from a sad ballad into horn-filled fanfare — another unexpected choice by Smith. Suddenly, the two singers are accompanied by horns, strings, and a hip-hop-esque beat as they sing, “That’s how love goes.” And as quickly as the theatrical instruments joined the second, they disappear, and a soothing string orchestra closes out the song. Much like the album, “Love Goes (feat. Labrinth)” takes listeners on a musical journey. The shifts in the song mirror the shifts in Smith’s musical style that are represented throughout the entire collection.

While there are no songs on “Love Goes” that fail to exemplify Smith’s incredible talent, the last six songs of the album — all of which are bonus tracks — detract from the cohesive journey of the album rather than add to it. These tracks, much like with the album as a whole, are each different from the last and are undeniably good compositions. Each one was also a single released ahead of the album. This, however, is not the actual issue; singers release singles to build anticipation for their albums all the time. The problem is that each of these singles have been out for a long time. For example, “Dancing With A Stranger (with Normani)” was released on Jan. 11, 2019 and “To Die For,” one of the most recent singles, was released Feb. 14. Because big fans of Smith listened to these songs repeatedly as they waited for the release of the album, the last third of the album feels boring and unsurprising — very different feelings than the ones of surprise and excitement evoked by the first 11 tracks.

Despite the drawbacks of the bonus tracks (which are still great songs), “Love Goes” remains a remarkable album. The LP both represents a shift in Smith’s style as a musician and showcases what they are known for and do best. Smith shows off their newfound versatility as an artist previously only known for sad ballads by creating fun, upbeat, danceable tracks. Both seasoned fans of Smith who fell in love with their heart-wrenching love ballads and newer, casual listeners of the singer who enjoy their new, uptempo discopop tracks are bound to appreciate this album.

— Staff Writer Annie Harrigan can be reached at annie.harrigan@thecrimson.com.