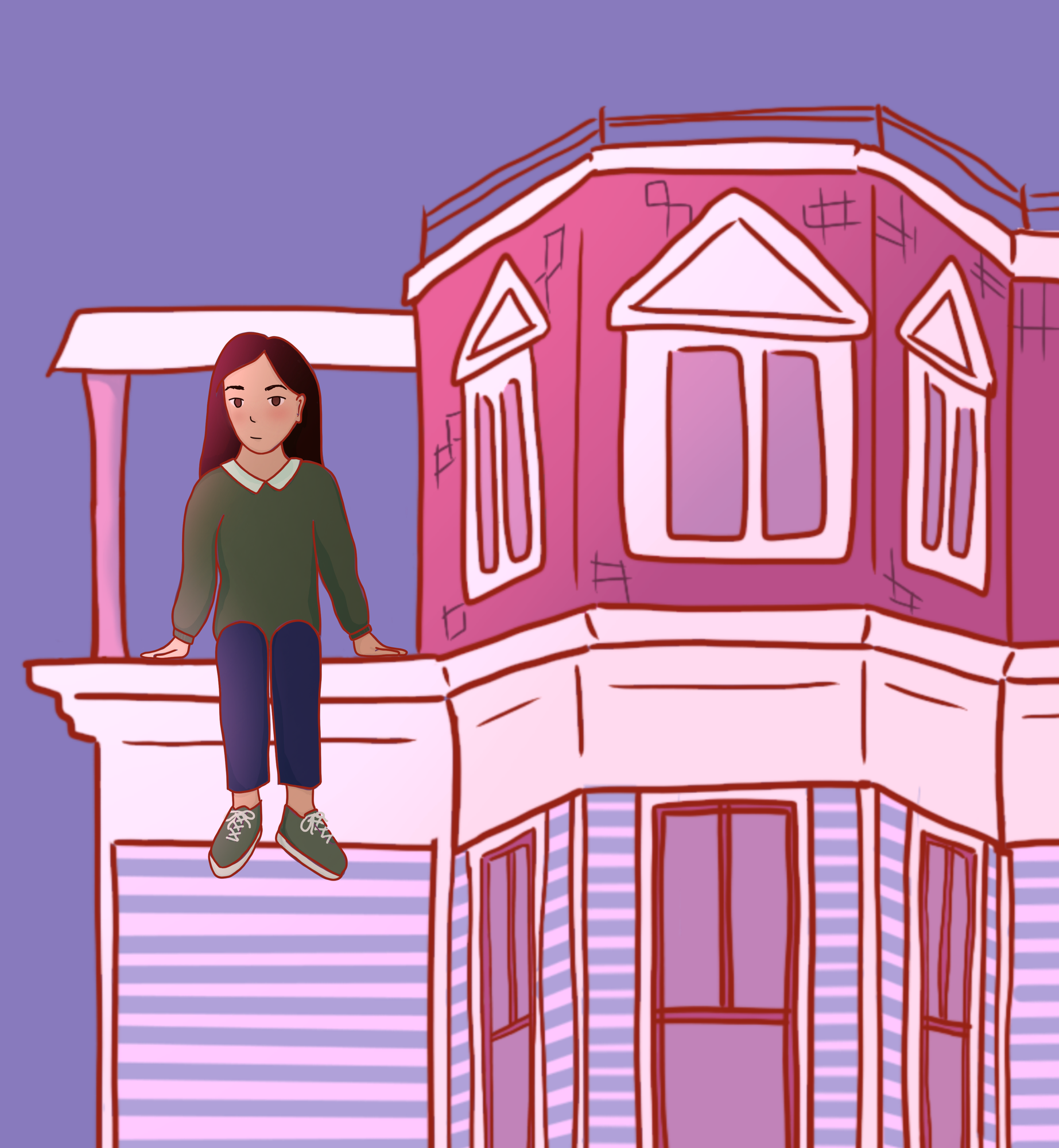 The Price of Independence

By Jane Z. Li
By Madison A. Shirazi

This past July, I frantically scrolled through AirBnb, scouring the website for apartments or houses. Though I’d considered Zillow, Apartments.com, or other sites that would offer a broader selection, the moment called for speed and convenience. Cambridge, Brighton, Allston — virtually every town in the greater Boston area graced my search bar. Finally, I landed upon an image of a towering, bright blue building glinting in the sunlight:

“The Penthouse Redline | 2BR 1 BA | Walk to the Redline for UMass and Mass General!”

My eyes darted to the rent; a gray, striked-out number gave way to a cheaper price. I skimmed the amenities list, breathing a sigh of relief at the washer and dryer. Scanning a slew of glowing reviews started to solidify my attachment toward the location. Finally, I glanced at the map at the bottom of the page, registering the parks, beach, and shopping areas nearby. I barely noticed “Dorchester,” written in faded text. I copied the page link into a message and hit send to my group chat, hoping that I’d found exactly what I was looking for.

Immediately after learning Harvard wouldn’t let upperclassmen back on campus for the fall, I, like many, began weighing my options. Do I continue with classes or do I take time off to preserve as many on-campus semesters as I can? A flurry of texts, frantic calls, and long talks with my parents soon revealed that a happy medium might be possible: living in Boston with friends while attending online classes.

It seemed ideal: I could alleviate the loneliness that hung in the silence I heard after logging off of every Zoom call. The overall cost of living would be less than paying for Harvard’s room and board. An added bonus were the “adulting” skills I might gain — the cooking, cleaning, budgeting, and organizing prowess that my mom always told me I lacked. And I would be living in Boston, where I could bridge the physical distance that separated me from my college friends and possibly create a partial substitute for the junior fall I desired.

After another week of urgent Zoom calls, we formed a group, nervously anticipating our first stint at adulthood. But the process proved more difficult than anticipated. Unexpectedly, we were seriously advised against the location, with family members warning us about Dorchester. They cited crime rates and personal anecdotes, the concerns alleviated only after one of our roommates — who went to high school within walking distance of the apartment — vouched for the area’s safety.

Still, even with our main concerns resolved, one of my friends was unconvinced. As we perused the area around the apartment on Google Maps, a few things caught his attention — a Gem Auto Parts and Mass Motor Services on the same road as our building, a car dealership down the street, and another auto repair shop less than half a mile away. He smirked and said, “You know what it means when there are a lot of car shops around?”

I looked up in confusion. “No, what are you talking about?”

“It means people want to leave.” He eventually decided to live at home.

My roommates and I hauled our belongings up three flights of stairs in early September. We set up our workspaces, established a cooking and cleaning schedule, and wholeheartedly embraced our new independence — we went on a group run, cooked together, and held weekly game nights. One Friday evening, we lugged a table and four chairs across our balcony and up the stairs to our roof. Together we ate a dinner lit only by a Nalgene water bottle placed on top of a smartphone flashlight and the twinkle of the Boston skyline beyond our railing.

We never found the time to reenact that meal over the months that followed. But that experience encompassed my hopes and expectations for the semester — the companionship, the self-sufficiency, the proximity to the city. 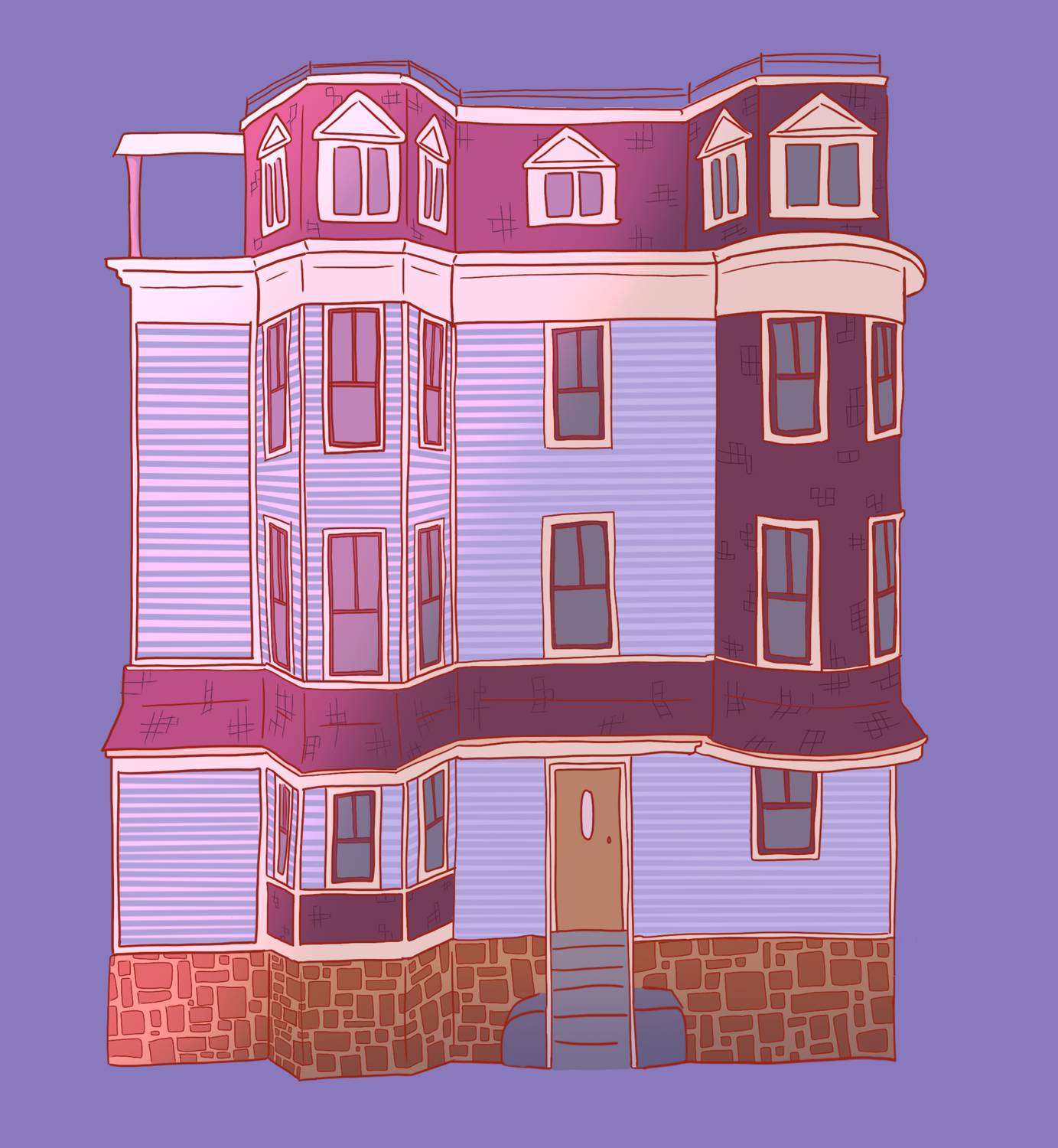 By Madison A. Shirazi

In September, my editor reached out to me about co-writing a cover story about the effect of Harvard students moving into homes in the greater Boston area for the fall, as many tried to maintain ties to campus after being denied entry — just as I did. I agreed, feeling that my personal insight might add more to the piece. But as our research and reporting continued, our angle shifted; there was new information to reconcile.

Landlords, we learned, were losing business. As the number of empty units in the city increased, they slashed rents and made leases easier to obtain. When Boston’s moratorium on evictions expired in October, thousands of families were at risk losing their homes. Housing advocates told us that without significant help, as many as 250,000 people could fall far enough behind on rent that they would be left homeless in the winter months, a situation only worsened by the pandemic.

The takeaway of our reporting was clear: As the housing market tanked, I had scored an apartment for cheap. And I remembered scrolling past pages of discounted Airbnb prices, pleasantly surprised at the lower numbers but never curious about their origin.

After writing that piece, I started to notice more. I noticed that the bustling plaza two streets away filled with restaurants and shops barely blocked a string of warehouses from view. The first time I drove by, I snickered at the fluorescent signs that boasted names like “Mutual Beef” and “Lord Jeff,” but later I started to wonder at the duality of my new neighborhood. And when we ordered food from a restaurant where the price of half the entrees soared past $20, I remembered driving by a sidewalk barely five minutes from our home filled with people leaning against their belongings or settling onto the ground for the night, their outlines silhouetted by the flashing blue lights of the police car behind them.

Just as our piece revealed that the “Harvard bubble” was more porous than we had thought, my own idyllic housing bubble popped. As much as I’d like to call myself innocent, I benefited from the phenomenon that has — and will — cause thousands of people grief. I thought back to my friend’s line and realized that I had tried so hard to see only the parts of the community that might make people stay — and ignored the ones that might push them out.

While writing that article, I interviewed Kiah D. Duggins, the president of the Harvard Legal Aid Bureau. When she spoke to me, she emphasized that Harvard students need to remain humble and take action to help the communities that surround them. I’m still wrestling with that question of action. I understand the need to remain conscious of our impact on the communities around campus — we don’t just arrive in September and leave in May without a trace. But despite my discomfort at benefiting from the consequences of a housing crisis, it’s hard to imagine what type of meaningful action I — or any student — could even take.

For now, maybe the best we can do is stay conscious, protecting ourselves from the danger of forgetting about the world outside the Yard and the Square.

— Staff writer Jane Z. Li can be reached at jane.li@thecrimson.com. Follow her on Twitter @JaneZLi. This is one of eight essays published as a part of FM’s 2020 “Synapse” feature, about gaps and how we fill them.