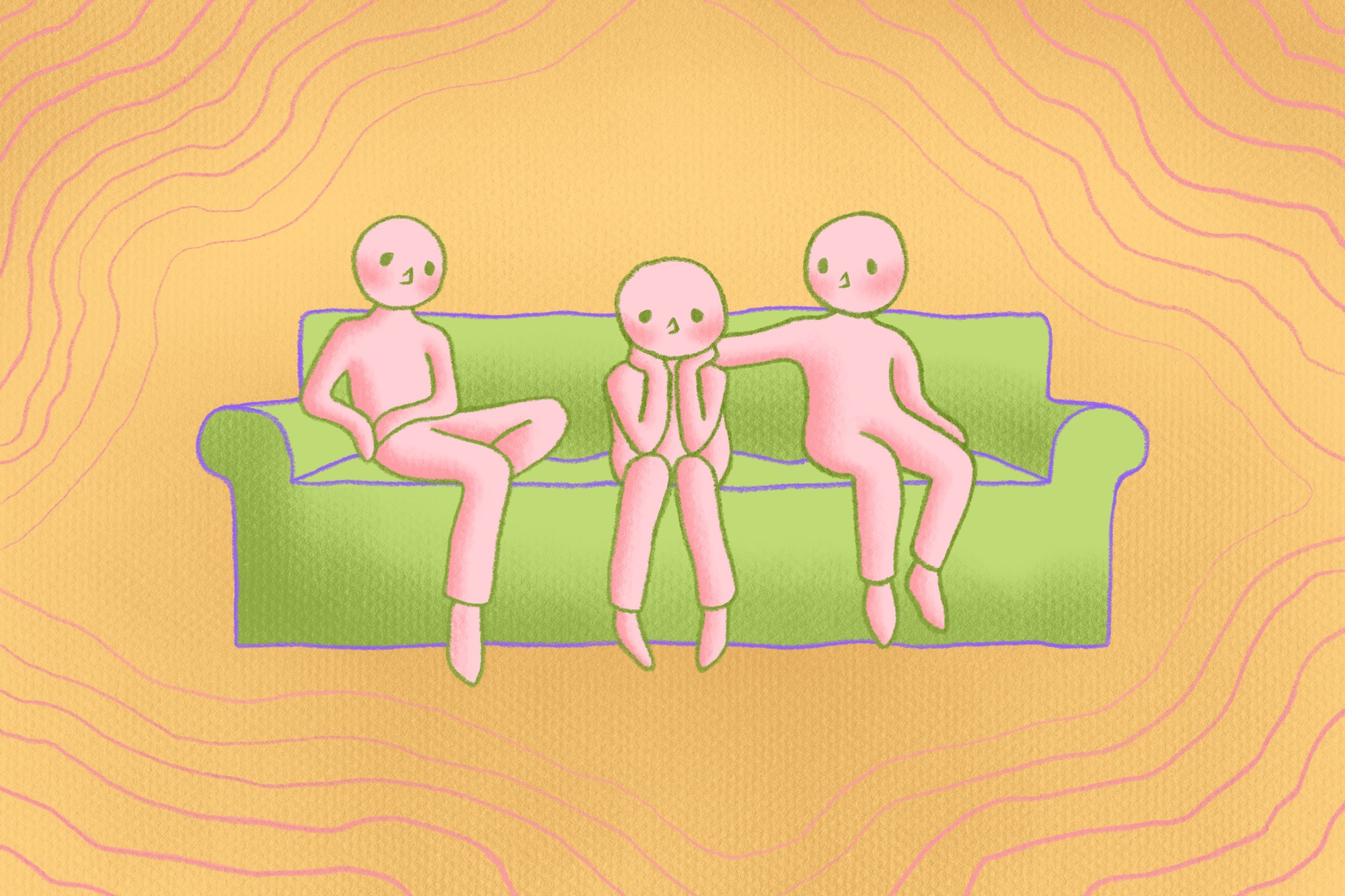 The Lines We Will Not Cross

By Alexandra A. Chaidez
By Isabella C. Aslarus

I was scrambling to complete homework when my phone began to buzz, facedown on the desk.

The night before, I’d stayed up late reporting a story and scrambling to finish my application for an editor position at The Crimson. I answered the phone with a curt hello, planning to ask if my mother could talk later — I was busy.

But the call didn’t go as expected. I am struggling to find the words to describe such an intimate moment. My family is intensely private: There’s a running joke that we won’t even tell our doctors the full truth. Describing how she sounded when she told me her father was passing away — that’s a line I won’t cross.

I still tried. I started running, running so fast that I almost tripped down the street. I didn’t know where to go. I didn’t know how to react, my body betraying me as it was overwhelmed with fear and loss. Which way was the airport? Where do I go for this?

My feet landed me firmly in front of my dorm. I only registered snippets of what my mother had said, her voice thick with tears. There was a fall. No time to fly back, to fly home. Had to go to talk to the doctors. Did I have someone there to talk to? The line went dead shortly after that.

I texted my friends, but how do you convey something like this in a text? Something along the lines of: “Hey everyone — my grandpa is dying in a hospital room right now. I can’t be alone.”

Seconds or maybe minutes later, a friend showed up as I stood in the courtyard of my dorm, where I realized I had been pacing. I ran into him like a wall and finally broke down as he guided me up the steps and to my common room couch.

Slowly, my friends begin to trickle in. If you know anything about me, you know I don’t like silences. I began to talk quickly, filling the air with stories and recollections and sobs that tumbled out of my mouth.

My grandfather spoiled me. He let me lay on his fancy living room couches. I could spend hours watching TV in his room. After school, he and I would often go to McDonald’s. He ordered the same thing every time — McChicken and fries. It’s still my favorite order. 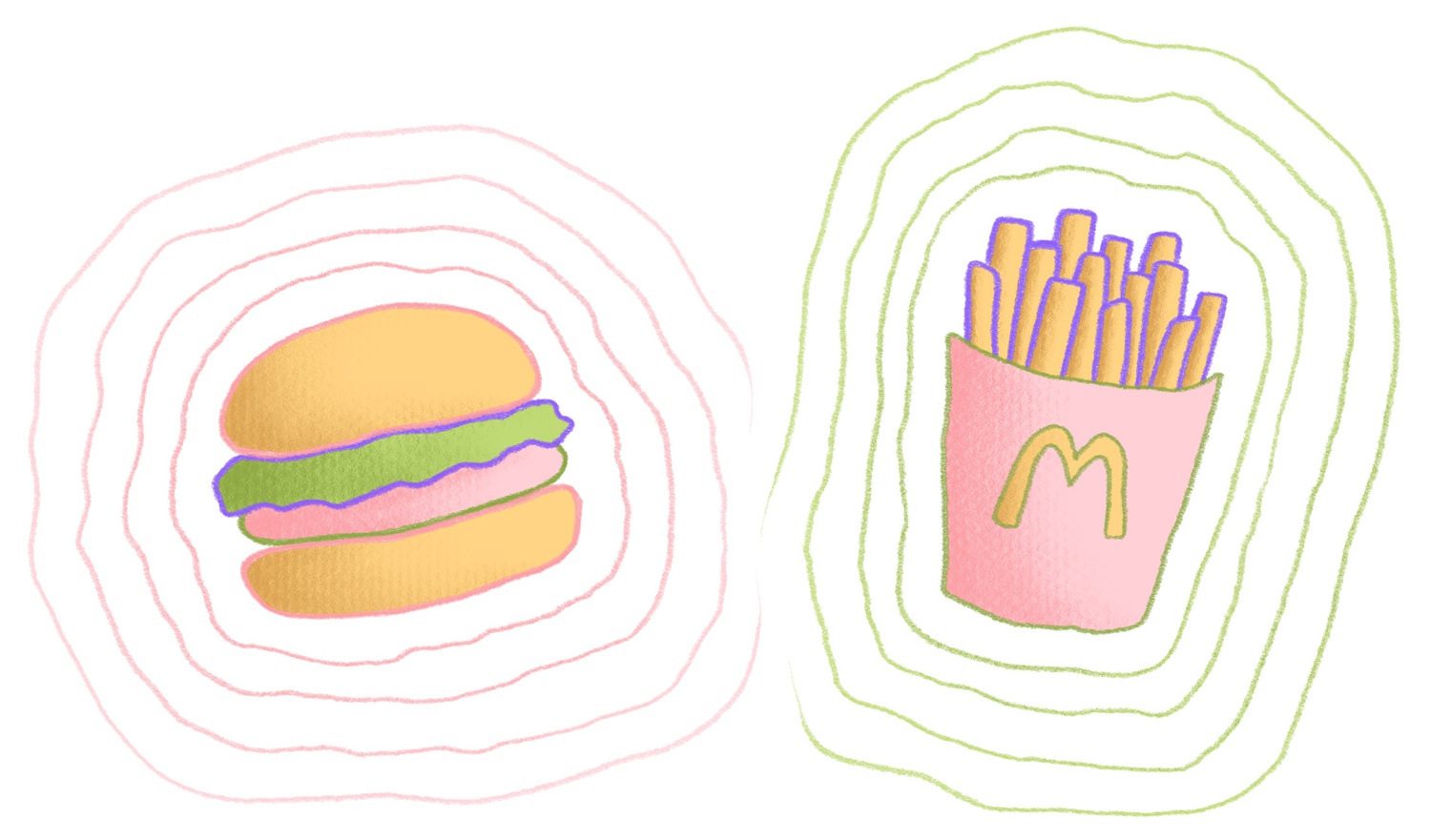 For the first half of my life, he was one of the few people who I would spend an inordinate amount of time with, even more so than my mom. He would faithfully pick me up almost every single day from school, drive me to his house, and keep a watchful eye over me as I did my homework or read. His watchfulness was one of his best qualities. He would sit quietly and make sure everyone was well-fed and rested. When I was sick, he wouldn’t leave my side until he was convinced I was okay. He would wait for me outside of summer tennis classes to ensure I was safe and felt comfortable. He was vigilant, with a huge heart.

My grandfather was also a man of extreme habit. His favorite drink, always, was Crown Royal and coke. Whenever my grandma took him to the grocery store, it was his job, always, to pick out the fruit. (This would take over 15 minutes because he would meticulously look at every peach or banana until he collected the best ones.) He liked doing things with his gnarled hands — a vestige from his years doing manual labor — and would always mow his yard and my mom’s. He made busyness a habit. My grandfather was a provider, a hard worker, and a care-giver. But he was also so, so full of life. His skin glowed in the sun, his eyes would twinkle like we shared an inside joke. His laugh wasn’t frequent, but when it did sneak out, it was clear and genuine.

He was gone now. And I didn’t get to say goodbye. (I couldn’t say this part. Another line I wouldn’t cross.)

In my family, grief is communal. Our funerals are packed to the brim with relatives, friends, friends of friends, neighbors from my family’s small town in Mexico, the mailman who gets a Christmas card every year. Funeral processions line more than five blocks. Mournful crowds recite prayers.

It was strange to experience this grief thousands of miles away from my mother or my uncles or my grandmother. There were no cousins to hug, no uncles who stood outside my door to guard me, no mothers to wipe my tears, no aunts to crack a joke to cheer me up.

Truthfully, I didn’t really process much of that day. That’s another part of grief. Still, when I look back, I remember one thing clearly — my mother’s question to me before she hung up the phone. Did I have someone here?

Prior to that day, I probably would have said no. I had always believed we each existed in our own worlds at Harvard. Of course we did things together: we went to parties, shared meals in the dining hall, and talked for hours in courtyards and on dorm room couches. But rejection, heartbreak, loneliness — these were things we dealt with alone. There were certain lines we, too, did not cross. I had friends — wonderful, brilliant, hilarious, sweet friends who I loved — but I never really considered them being “there,” a replacement for that uncle or aunt or cousin. I never needed to, until now. It was their arms I fell into that day.

These friends who became my family with one phone call were the ones who ensured I made it on a plane that week. They brought me my favorite snacks (Kraft Mac & Cheese, Cheetos, and Kit Kats — a disgusting paradise) and even assigned shifts to make sure I was never alone for those first 24 hours. They hugged me even if they hated hugging (a constant battle between us). They cared, deeply and unconditionally, and I took that love with me back home, ready to say goodbye.

Three days after my grandfather passed, I touched down in Chicago.

My grandfather’s funeral was the most painful experience of my life, topping all surgeries, bee stings, stubbed toes, and broken bones. It still hurts to think about it a year later, but I imagine one day, I will remember the abundance of flowers and the musical prayers. I’ll hear the singing and the beautiful speeches that brought us to tears. I’ll be able to feel the pain after it lessens, ever so slightly. 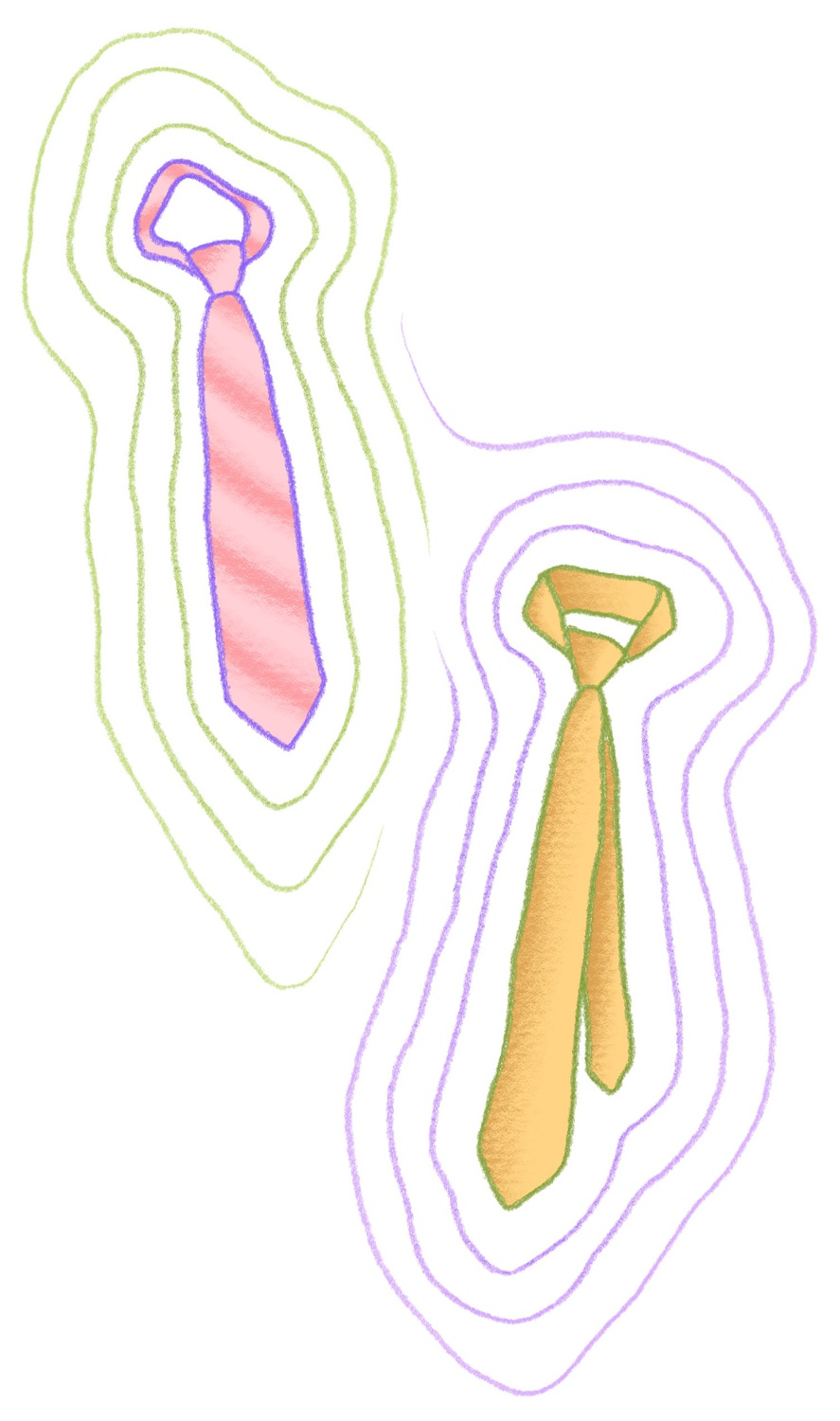 Before I flew back to school, I went into my grandfather’s closet. This is the one line I will cross with you. I still see his ties, so neatly pressed, and his shoes, so evenly stacked. I smile at my memory of his hats, his favorite beanie laying on the very top of the pile. I can smell his aftershave, its clean scent coating his clothes. I kept grabbing his ties, trying to grasp a few more moments with him. I haven’t been back to that room since.

I traveled back to Massachusetts the next day, still smelling his aftershave on the plane.

When I got back to Cambridge, I needed something very out of the ordinary for me — some peace and quiet. I just wanted to be alone, to catch my breath.

I walked to the empty Harvard Crimson building. Ordinarily, I spent every day in that windowless building writing and editing, but since my grandfather passed, I hadn’t stepped inside once. It buzzes with activity at night, filled with the people doing the things that make a paper come together: reporters conducting interviews, editors proofing stories, everyone snacking on whatever greasy food we pick to fuel us that night.

I caught it during the midday silence that typically envelops the newsroom while people attend their classes. As I sat on the leather couch in the news conference room, I remembered my first meeting in this room my freshman year. I hesitate here and decide against name-dropping a few of the editors’ names because to me, they are still pseudo-celebrities. I worked hard to gain their approval and the approval of the people who came after them. I gained my confidence in that room and found a place in those meetings, and finally, when I became an editor, I became well acquainted with misery (and passion and fulfillment and a lot of coffee) there too.

Alone, listening to the slight hum of the empty building, I found that bit of solace I needed, a wave of gratitude washing over me.

When my mother asked me “Did I have someone there?", it was in large part thanks to this building that I could eventually say yes. These people — frustrating, talented, and warm-hearted — wrapped me with the same love that I felt at home. In moments where it was so very painful to be away from my family, my friends reminded me that I had a family here, too. It looked different — forged through long nights, stake-outs, trips to Boston, deliveries from McDonald’s, cups of hard apple cider — but it was family, nonetheless.

Did I have someone here? Yeah, mom, I think I do.

— Alexandra A. Chaidez ’21 is an Associate Managing Editor of The Harvard Crimson’s 147th Guard. This is one of eight essays published as a part of FM’s 2020 “Synapse” feature, about gaps and how we fill them.