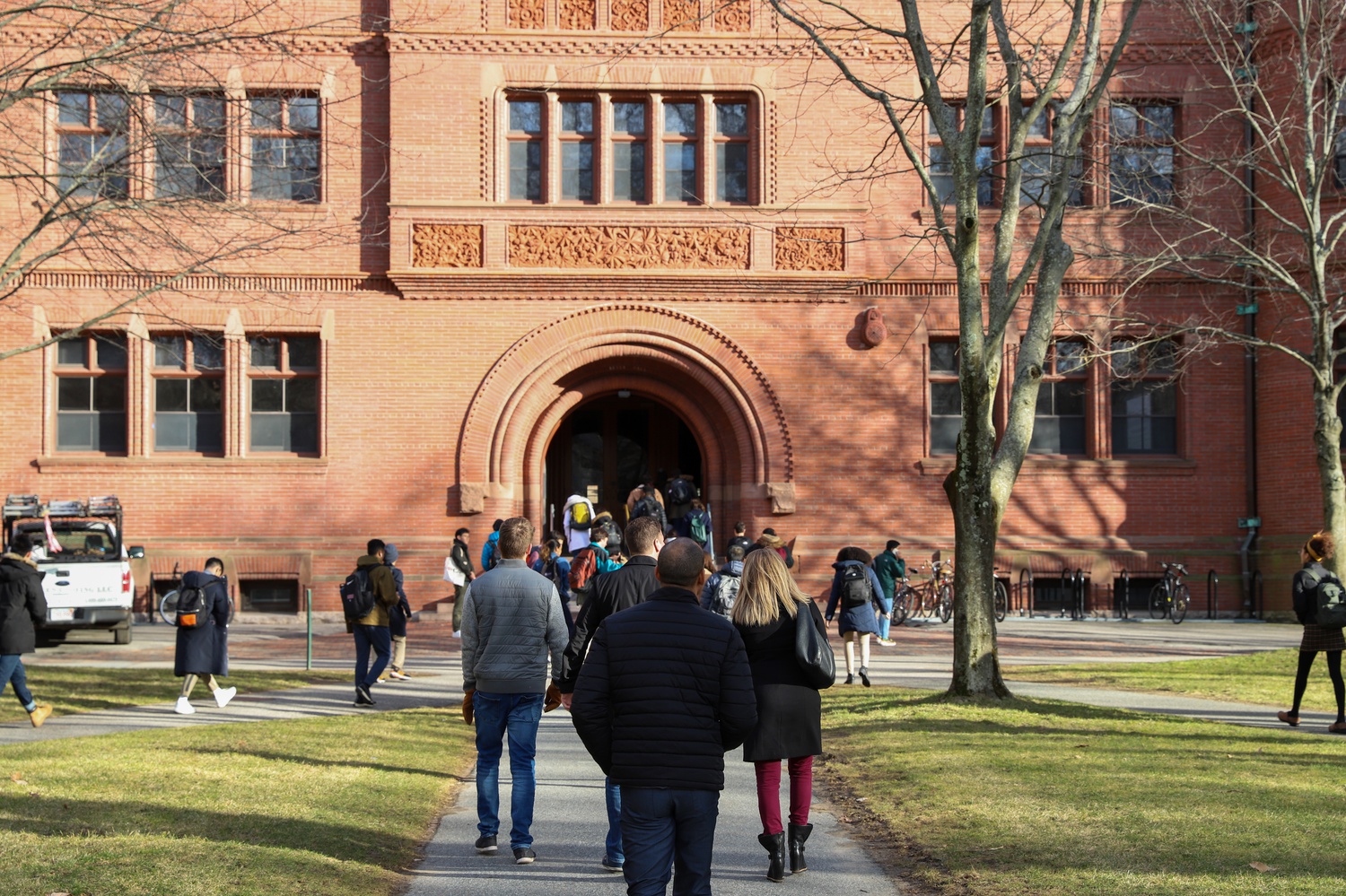 The Faculty of Arts and Sciences may make its first forays back into in-person instruction next semester. By Ryan N. Gajarawala
By James S. Bikales and Kevin R. Chen, Crimson Staff Writers

Harvard’s Faculty of Arts and Sciences hopes to pilot some in-person academic experiences in the spring of 2021, though instruction will remain remote by default, FAS Dean Claudine Gay said during a faculty meeting Tuesday.

Limited in-person advising or teaching would allow the FAS to experiment with how to hold such events safely, in anticipation of nearly all students returning to campus in fall 2021, according to Gay.

“We also will be looking for opportunities and faculty volunteers to pilot some in-person academic experiences so we can begin to work through the logistics of doing that safely,” she said. “And here, I’m thinking ahead to next fall, when some aspects of the pandemic may still be with us, but we hope to be operating as close to full capacity as possible.”

Gay added that the limited in-person advising some freshmen received this fall proved successful. Expanding that, or permitting certain courses to have an in-person element, would allow the FAS to experiment with the types of courses, rooms, and health and safety measures, eventually allowing for greater face-to-face engagement in the fall.

Harvard announced earlier Tuesday that it would expand its residential capacity for the spring semester, allowing all seniors and many juniors to return to living on campus, though teaching will remain virtual. Students living on campus must follow stringent health measures.

Gay said during the faculty meeting that the FAS hopes to open up access to non-residential common spaces for students living on campus faster than it did this fall. Additionally, she said the FAS has “not foreclosed” the possibility that some students living off campus might be able to access research facilities, something the University did not allow this semester.

Garber said there is “no controversy” that healthy college students will be among the last in line to receive the coronavirus vaccine, making it likely that some students will be vaccinated and others will not by next fall. He said it’s also important to consider that inoculating healthy Harvard students could keep the vaccine from reaching less developed parts of the world that need it.

As a result, Harvard needs to decide whether to allow students who have not received the vaccine to attend in-person classes next fall, while considering that some students cannot or will decline to be vaccinated, Bacow said. In response to a faculty question on whether the University would require vaccinations, Bacow said a committee led by Garber will begin exploring such questions at the end of this week.