'The Smoke Shop' Sizzles Up in Harvard Square 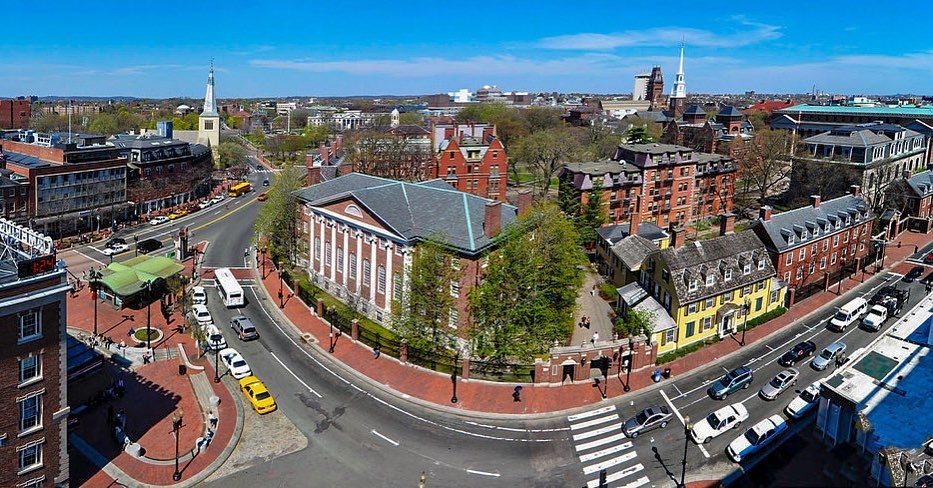 The Smoke Shop, a Boston-area barbecue restaurant, opened its doors in Harvard Square this Halloween.

The restaurant, situated on Holyoke St., is the Smoke Shop’s newest addition to its chain of locations in Kendall Square, Seaport, and Assembly Row. Its menu, designed by owner and pitmaster Andy Husbands, features an array of BBQ dishes, such as Texas-style brisket and “Nashville Hot” chicken sliders.

Husbands said his Halloween opening was a “traditionally slow night” but that the calm first days have been welcome.

“Generally when people open any type of business, they want to be out the gate, you know, crushing it, but for us, this is actually kind of nice,” he said. “Think of it like an orchestra, or a football team, you have say 30 employees or 30 members — players — getting everybody to play the same symphony at the same time is difficult.”

“So this is a nice way of kind of just slowly ramping up, which is great,” he added.

The opening of the Harvard Square location comes as other Square restaurants — and restaurants around the country — adapt their operations to meet health and safety guidelines.

“We know they are coming at a really challenging time,” Denise A. Jillson, executive director of the Harvard Square Business Association, said. “But if anybody could do it, they can do it.”

Husbands said ensuring the health and safety of his team and his customers has been his priority. He said his experience adapting operations at his other locations has given him and his team “good practice” at implementing procedures to prevent the spread of COVID-19.

“Me and some of the team members built these beautiful plexiglass partitions,” he said. “The way we designed them — they almost kind of almost disappear in your sight in the restaurant, so it's almost like a security blanket.”

“It's a balancing act between, you know — kind of, everything's normal and everything's okay, yet we are keeping you safe. That's a new part of hospitality that we've been really striving to show,” Husbands added.

Husbands, who has decades of experience in the restaurant industry and in barbecue competitions, said he brings his passion for barbecue to the new restaurant.

“Barbecue to me is more than just the meat,” he said. “Barbecue is the friendliest food — it's the food of gatherings, graduations, family celebrations, and I think it's just a really, really special thing, and that's what we try to kind of do at the restaurant.”