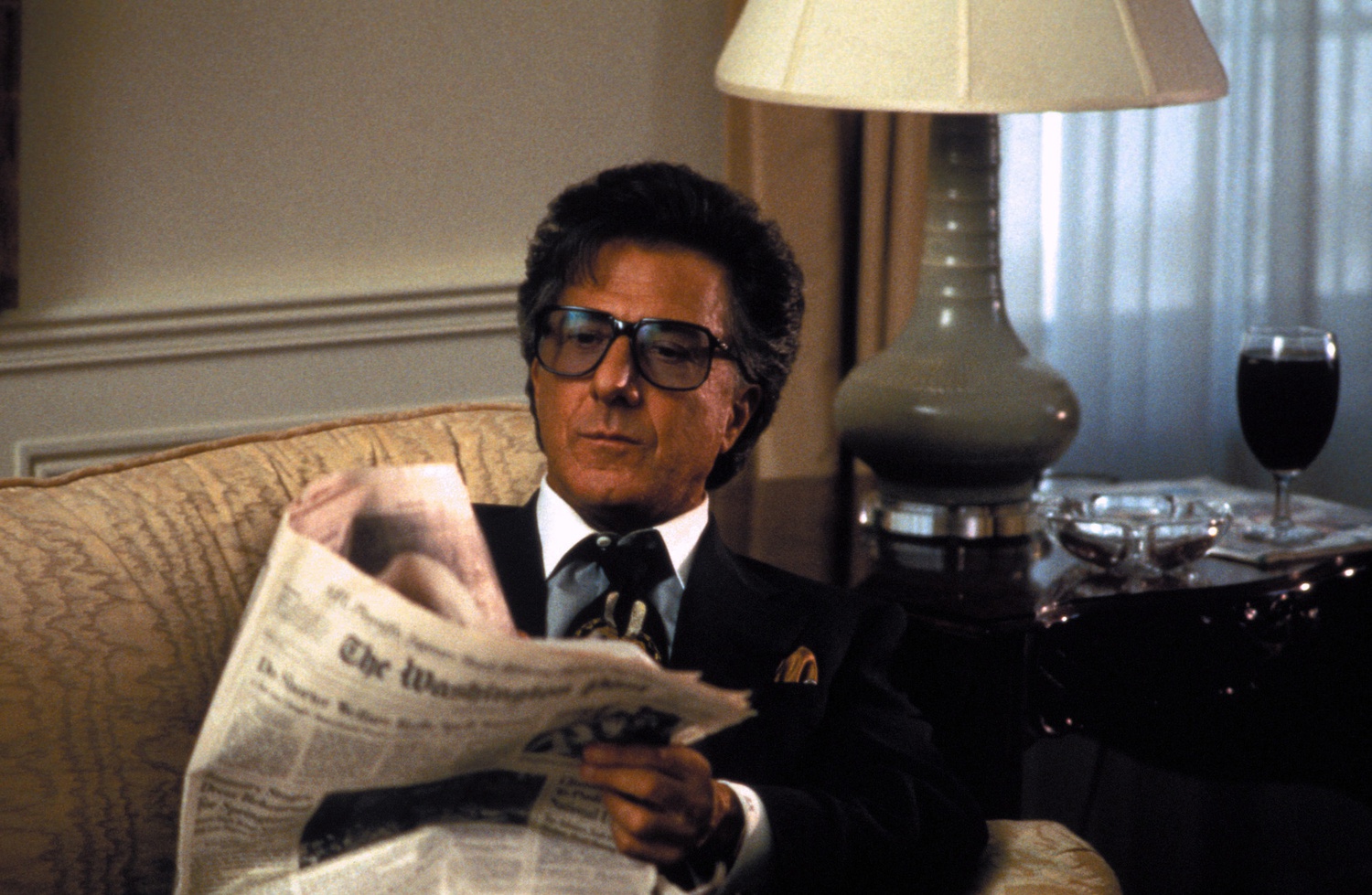 Totally absurd until it isn’t, the 1997 film “Wag the Dog” still manages to feel prescient despite its age and thematic distance from current American politics. In the realest sense possible, we are living in the film’s own world — except dialed up many, many notches.

The film shocked audiences not once, but three times due to its eerie similarities with the Clinton impeachment trial, the 1999 attempt to bomb Iraq, and the 1999 Kosovo War. At the beginning of the film, the President of the United States (Michael Belson) is weathering the crisis of his sex scandal, and hires spin doctor Conrad Brean (Robert De Niro) to make the problem go away. To do so, he hires director Stanley Motss (Dustin Hoffman) to film fake footage of the bombing of an Albanian village (complete with a white kitten and a young Kirsten Dunst), a bunch of old friends to write a folk song to celebrate a Prisoner of War beyond the Albanian border, and create a cult of personality around said POW.

Crazy how all these real-world events magically seemed to echo a movie released before they transpired — it’s as though America loves bread and circuses so dearly as to distract from critical thinking and engaged citizenship. The film’s largest deviation from reality lies in the subtlety of the characters’ machinations: Now, we watch Tweets unfurl themselves, spokespeople spread lies on television, and scandal after scandal paint themselves across front pages of newspapers. In short, it’s become so obvious that everything is a coverup for something else that we don’t even know where to look.

The film’s success lies in its ability to capitalize upon some of the deepest and most defining traits of the American public: The love of pageantry, the nationalism-disguised-as-patriotism, and the folksy origin tales that attempt to camouflage this country’s laundry list of committed atrocities. It asks the viewer to ponder whether America’s brand of mythology is actually true, or whether it was crafted by a few rich oligarchs who would do anything to manipulate the psyches of the working classes in order to maintain their power.

One has to laugh while watching because everything about the film makes sense: Of course the viewer knows that digging up a record from the Library of Congress and highlighting how it is the perfect fight song for the campaign to bring home the abandoned POW is a deus ex machina. Yet the film’s magic lies in simply pointing this out and sitting back while you apply its internal logic to real political machinations.

Think about the scenario in the US shortly before the election: one week the discourse surrounds the president’s wish to fire Dr. Anthony Fauci, two weeks before that it was the debate, a few weeks before that he had coronavirus, and shortly before that it was the tax bombshell. The above timeline fails to consider all the small, daily, and unceasing disruptions emanating from the White House, which now undermine fair elections and ignore the devastation of coronavirus. But all the scandals and crises become a circular pattern, in that the public goes from one scandal to another only to begin at the beginning and unearth a problem anyone following along had mentally blocked out.

“Wag the Dog” is less frenetic, but by no means less relevant. Of course, one other major difference might be that the film’s cast intentionally manufactures problems that can easily go away, whereas our current moment is made up entirely of grave mistakes, disinterest, a lack of empathy, and incompetence. The film is funny, unlike the present. And it has a self-awareness that makes it both ridiculous and sobering. It would be funny if it weren’t tragic — all the way down to Motss’ rejoinder when someone tells him he should do something about his dislike of politics: “Me? No, I don’t vote.”