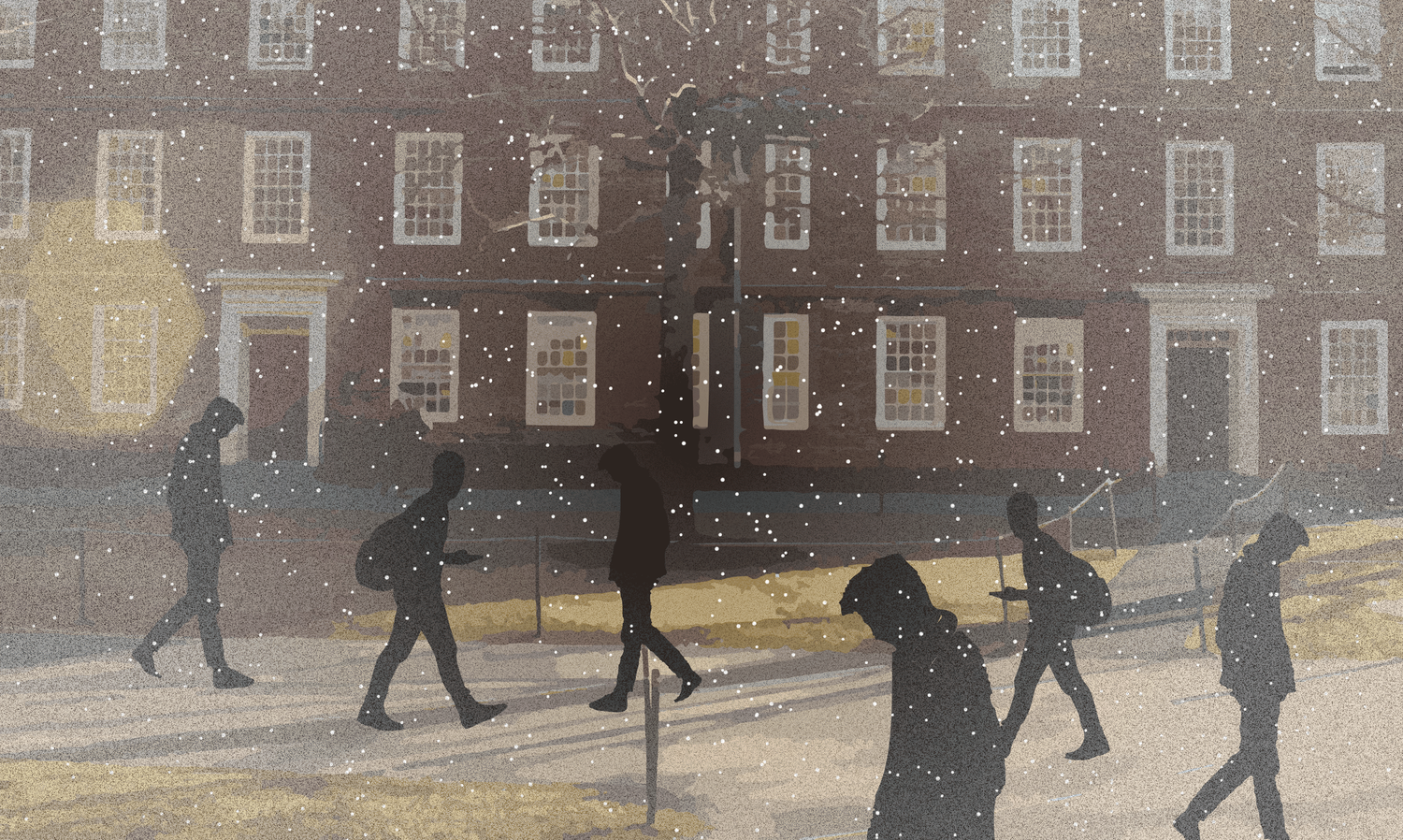 While most Harvard students who spent the semester on campus have now departed for the year, those remaining in the dorms are bracing to spend Thanksgiving mostly alone, with some even preparing to ride out the winter in Cambridge.

In October, the College announced a petition process that would allow a select group of students to remain on campus through the end of the semester and winter break. Those who petitioned for housing included international students unable to return home due to travel restrictions, students with health or safety concerns at home, and students with home environments detrimental to academics.

Students remaining through the end semester will be assigned to one of four dining halls — in Currier, Kirkland, Leverett, and Quincy Houses — that will remain open through Dec. 19. For those spending the winter break on campus, Harvard will provide a $30 daily Crimson Cash meal stipend beginning Dec. 20.

Students residing on campus over the summer also faced a largely empty campus and skeleton services. During the spring, dining services were reduced to limit contact between students and staff.

Rachel A. Harris ’24, who lives in California, said the College granted her housing through the end of semester to mitigate the academic disruption that changing time zones would cause. She also said she expects the campus atmosphere to change with fewer students around, but is not worried.

“A large portion of the campus life that has sort of formed this semester will be significantly less present,” she said. “But I'm not too apprehensive about that. I think it's definitely going to be different from the semester.”

Zeynep R. Bromberg ’24 said she is worried about being lonely during break but decided that remaining on campus was the best decision academically.

“I'm worried that I'm going to be holed up in my room for the next few weeks without really much else, since it is getting colder,” Bromberg said. “I'm really grateful for the opportunity to be able to stay but I am apprehensive and nervous about not having too many people around.”

Jordan Mubako ’22 said he is thankful for being able to stay in residence through the winter, but anticipates campus will be a lonely place with most students gone. Mubako, who is from Zimbabwe, lived at Harvard during the summer and said he remembers it as a “ghost town." He expects winter break to be a similar experience.

“I'd love nothing more than to be back with my family,” Mubako added.