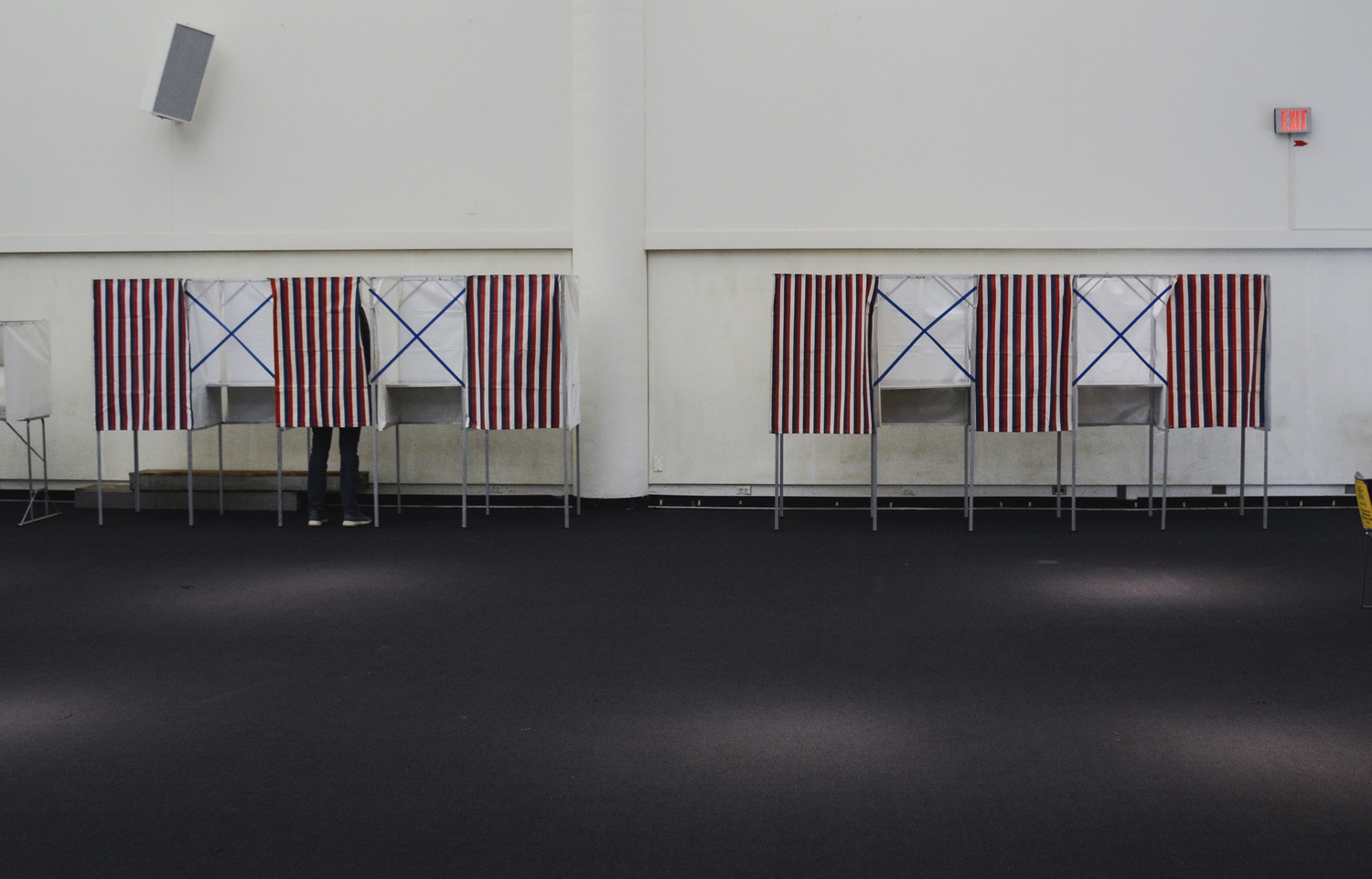 Campus activists reacted to the results of the presidential election. By Owen A. Berger

As the election drew near, leaders of these groups — many of which helped organize protests against President Donald Trump’s administration — all emphasized the “high stakes” of this presidential contest, whether in relation to race, immigration, climate change, or sexual assault prevention. With so much on the line, anxieties ran high while the result hung in the balance.

Leo A. Garcia ’21 — co-director of Act on a Dream, an immigrants' rights advocacy group — said the election caused stress within the organization. This apprehension was especially intense among undocumented students who were unable to participate in the election but, Garcia said, were “directly impacted in very real ways.”

Connor P. Chung ’23, press coordinator and co-organizer at Fossil Fuel Divest Harvard, emphasized the importance of this election due to Biden’s climate-focused policies, compared to what Chung called Trump’s refusal “to even recognize the basic facts of scientific consensus.”

“The thing about climate change is that it is so intertwined with so many other questions of justice and injustice,” Chung said. “So long as climate change disproportionately impacts low income people, communities of color, the most vulnerable populations at home and around the world, climate justice is an issue of racial justice, social justice, economic justice, and more.”

‘A Weight Lifted Off Our Shoulders’

The “Muslim ban” was an executive order signed by Trump in January 2017. The original order barred the entry of people from seven Muslim-majority countries to the United States for 90 days, in addition to imposing other restrictions. In its current iteration, the ban also affects certain countries in Asia and Africa.

“What I'm hoping is that this administration will actively work towards racial justice and inclusion, and that it will be more unifying than it is divisive, and hopefully try to mend some of the damage that's been done,” co-director of external affairs of the Harvard Islamic Society Heba H. Mohamed ’23 said of Biden’s presidency.

According to Harvard-Radcliffe RAZA president Karla B. Chavez-Espinosa ’21, members of the organization perceived Biden’s win as a hopeful sign, given some of their negative experiences under the Trump administration.

Such experiences included Trump’s racist comments about immigrants and his repeal of Deferred Action for Childhood Arrivals, an immigration policy protecting undocumented children from deportation and making them eligibility for work permits.

“What we saw the past four years was very, very scary. To go through that again would have been more anxiety,” Chavez-Espinosa said.

Members of Our Harvard Can Do Better — an anti-sexual assault advocacy group — expressed joy over the departure of Trump and U.S. Secretary of Education Betsy D. DeVos, whose Title IX ruling last spring elicited strong opposition from students.

Groups like the Harvard Islamic Society and the Harvard College Pakistani Students Association also celebrated the victory of Vice President-elect Kamala Harris, who will be the first Black American and and first South Asian American to hold the position.

“For our club, seeing Kamala Devi Harris as this nation's first woman and first South Asian American to be elected as the Vice President of the United States was groundbreaking and inspiring,” co-president Fatima B. Taj ’22 wrote in an email. “To have this representation is moving, and we were excited to witness what is to come.”

Still, despite their excitement, many student leaders also expressed reservations about Biden's election.

Arguing that deportation under the Obama administration was “swept under the rug” in the public’s memory, Garcia said he fears that the public would again fail to hold the Democratic administration accountable to their promises to amend existing immigration policies.

“There are some feelings of initial comfort and initial release, but it’s also a reminder that it's important to continue holding any administration accountable, since both Democrats and Republicans alike seem to cause harm within the community,” Garcia said.

“The last four years have shown that a lot of people kind of hid their Islamophobia,” she said. “Now that we're under a new administration, it doesn't mean that they aren't Islamophobic. It just makes you have to go back to hiding it.”

In the same vein, M. Seven Richmond ’22 — vice president of Black Students Association — said Biden’s victory was dampened by the lack of “overwhelming repudiation of Donald Trump.” Garcia — the Act on a Dream co-director — also said he perceived the more than 73 million votes for Trump as evidence for persisting sentiments of xenophobia and racism in the country.

Many of these group leaders said that they will maintain their current advocacy efforts and hold the Biden administration accountable to its promises.

For example, both Act on a Dream and RAZA plan to hold the Biden administration accountable by continuing to advocate for the reinstatement of DACA, according to Garcia and Chavez-Espinosa.

Beyond advocacy at the highest level of government, organization leaders also encouraged students to vocalize for changes within local governments and school administrations.

At the local level, Garcia said Act on a Dream will work to hold Massachusetts accountable to amending its past history of “aggressive” immigration policies. For instance, the organization plans to continue advocating for undocumented Massachusetts students to receive in-state tuition.

Meanwhile, both Ryan and Sutton of Our Harvard Can Do Better said the group can more effectively support survivors of sexual assault by targeting their advoacy at the Harvard administration, rather than the federal government.

“It remains true that a lot of the things that we push for, and a lot of our advocacy is centered around things that Harvard has the power to do, to make the lives of its students better,” Sutton said.

Richmond — the vice president of the Harvard Black Students Association — said he wanted to warn his fellow undergraduates against complacency during the coming Biden administration.

“At the end of the day, we all have our goals and ambitions that are going to advance the state of Black people in this country, and we don't have to wait for the government to do that for us,” he said.

“We can...encourage our community members, wherever they are in the country, to be active and vocal, and not wait for the government to do what it's supposed to do,” Richmond added. “We are Harvard students, and if anyone has the capacity to do it, it certainly is us.”