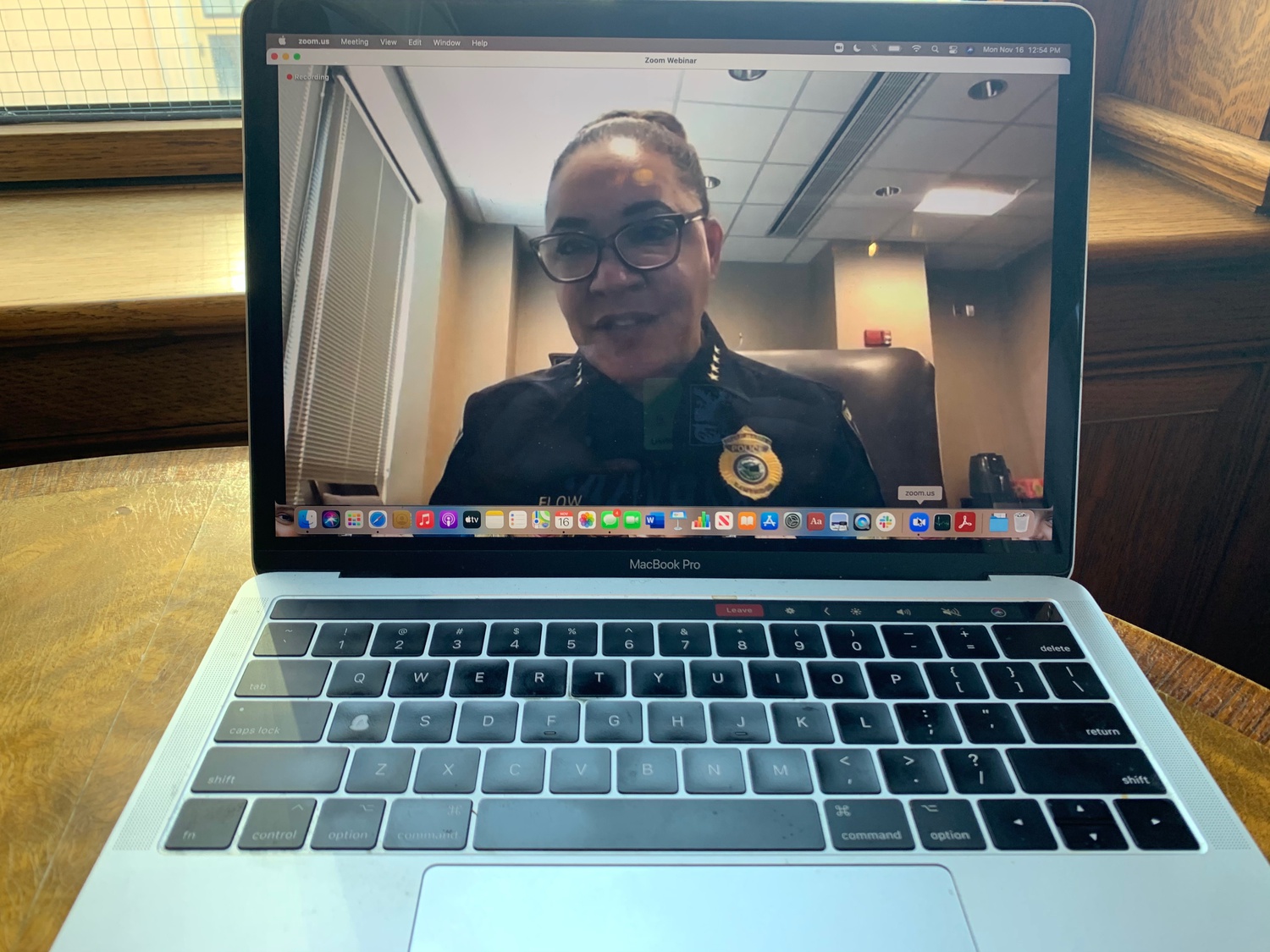 Domestic assault prevention activists and Cambridge officials proposed ways law enforcement and other service providers can support vulnerable people who experience domestic violence in a webinar hosted by the City of Cambridge Monday.

The keynote speaker, Wanda Swan, presented a lecture on the history of white supremacy and policing in America to contextualize the conversation, which included remarks from Cambridge Police Department Superintendent Christine A. Elow and domestic violence prevention activists Jenn Ho and Shameka Gregory.

Swan, who runs a nonprofit focused on supporting Black individuals who experience trauma, said she does not believe piecemeal reforms can eradicate racism in systems founded on the oppression of Black Americans. She described whiteness as a social construct and a “conscious strategy” that emerged in colonial America to “maintain order.”

“Establishing a racial caste system that also created a Black race allowed for higher value benefits and benefits given to those who were labeled white,” she said. “But these benefits came at the cost of maintaining a system of graven inequity.”

Swan also said the original impetus for law enforcement in the United States was to strengthen racist systems and policies. She referenced slave patrols that formed in South Carolina at the start of the 18th century, which she said enforced runaway slave laws, terrorized slaves to deter revolts, and punished slaves for any perceived transgressions.

“There is a documented history in this country of a relationship with law enforcement that from its origin is harmful to Black liberation,” Swan said.

Elow, who is second in command at CPD and the highest ranking female in the department’s history, said she is aware of the police's role in enforcing racism. She said that history further exacerbates interactions between police and Black people who experience trauma.

“One of the things that I think about in my position as a police officer, that the police are the most visible, right, and oppressive harm in this system that we have in the United States today,” she said. “When I think about domestic violence situations by themselves, they are some of the most tense and unpredictable situations that police officers respond to.”

“But let’s add historical injustice and trauma on top of that, and it really does make for a perfect storm and intensifies all those emotions,” Elow added.

Gregor — one of the panelists who works at The Transition House, a Cambridge-based domestic violence intervention group — said she supports police reforms and training that seek to improve law enforcement’s response to domestic violence.

“As a society, we’re far from perfect. But while we’re working to build the one that we want, let’s work with — let’s work to improve what we have,” Gregor said. “The reality of it is there aren’t a ton of options right now. And Cambridge police is an option. And so if you’re working to do the work better, I want to see that happen.”

“At the same time, we need to be doing a better job of creating other options,” she said.

In an interview following the event, Elow said she understands calls to defund police departments given the role law enforcement has historically played in perpetuating racism. Nevertheless, Elow said CPD just wants “to be at the table.”

“This isn’t about the Cambridge police,” she said. “This is about helping people in our community that are in need. So whatever entity is there we just want to be at the table. We’ll take a step back wherever we need to take a step back.”