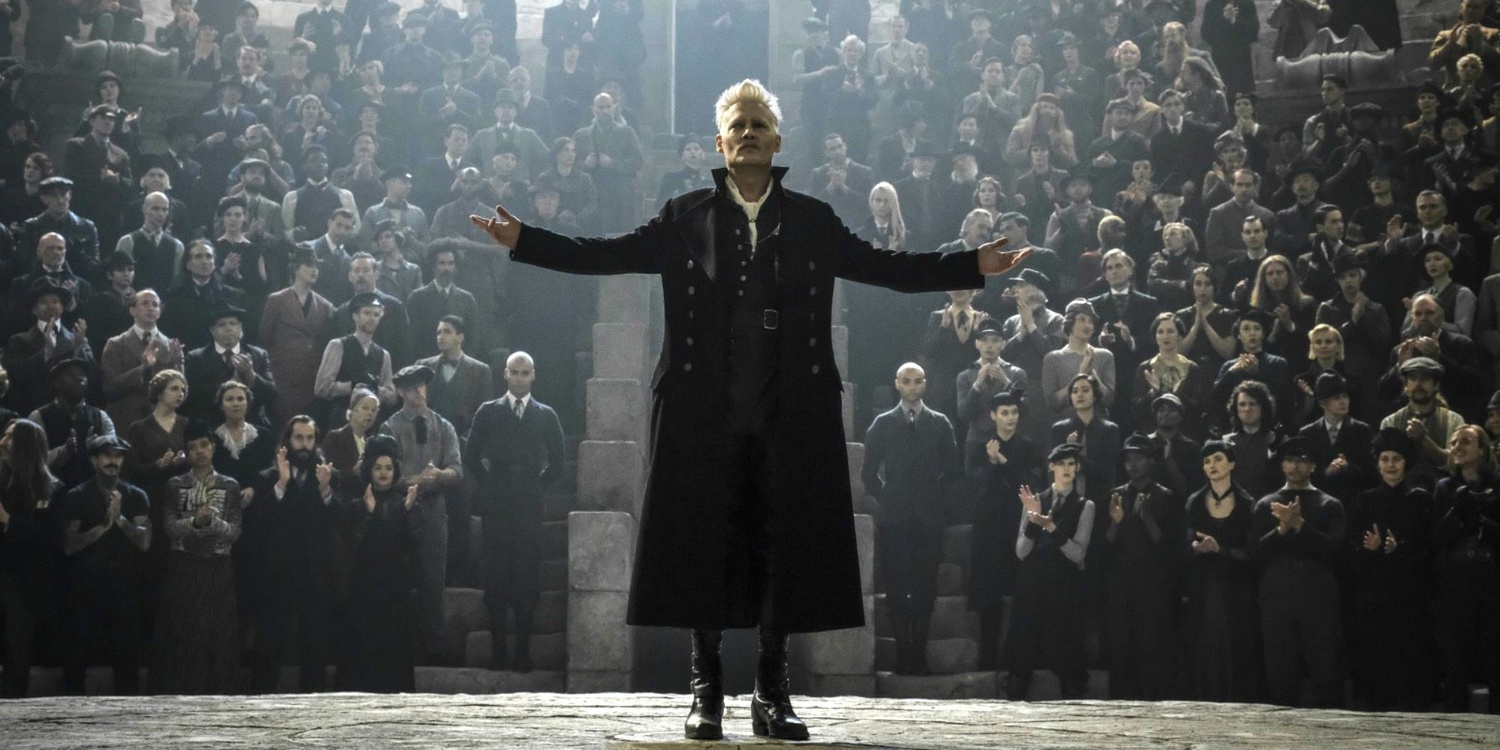 Johnny Depp as Grindelwald in the "Fantastic Beasts and Where to Find Them" Series By Courtesy of Warner Bros. Pictures
By Sam F. Dvorak, Contributing Writer

It’s been a tough year to be a Harry Potter fan. Over the summer, author J.K. Rowling faced vehement criticism for expressing beliefs widely considered to be transphobic. This past spring, cell phone footage appeared to show “Fantastic Beasts” star Ezra Miller choking a fan. And now, just this past week, Johnny Depp resigned from the “Fantastic Beasts” franchise upon request from Warner Bros. Depp portrayed chief antagonist Gellert Grindelwald in the series’s first two installments.

This development comes as a result of Depp losing a court case against the British tabloid The Sun. Depp sued the paper for libel after they published a story in 2018 calling him a “wife-beater” and demanding that he be removed from the “Fantastic Beasts” films due to his alleged abuse of ex-wife Amber Heard.

Depp was married to Heard, an actress and activist, for less than two years. At the end of their relationship, Heard obtained a temporary restraining order and accused Depp of physically, emotionally, and verbally abusing her, often while under the influence of drugs and alcohol. The pair settled their divorce out of court in 2017.

The libel trial against “The Sun” took place this past summer, and brought to light many graphic details from Heard and Depp’s marriage. Both parties accused the other of abuse while largely denying the other’s allegations.

On Nov. 2, a judge ultimately ruled that Heard “was the victim of sustained and multiple assaults by Mr Depp,” and accepted that Depp “put her in fear of her life.”

Depp continues to strongly maintain his innocence. “The surreal judgement of the court in the U.K. will not change my fight to tell the truth and I confirm that I plan to appeal,” he wrote in a statement on social media on Nov. 6. “My resolve remains strong and I intended to prove that the allegations against me are false. My life and career will not be defined by this moment in time.”

Harriet Wistrich, director of the Center for Women’s Justice, commented on the trial’s result in an email to the New York Times. “We hope the outcome of this case will serve as a warning to wealthy men who seek to use the courts to silence women who speak out about abuse,” she wrote.

The legal battles between Depp and Heard are not over yet. In addition to his intended appeal, Depp has also sued Heard for defamation in response to a Washington Post op-ed in which Heard wrote about speaking up against sexual violence.

Fans had been protesting Depp’s casting in the “Fantastic Beasts” films since Heard’s allegations first came to light. In 2017, Depp was defended by Rowling and director David Yates. “I can only tell you about the man I see every day,” said Yates to Entertainment Weekly. “He’s full of decency and kindness, and that’s all I see.” Rowling, Yates, and any other members of the “Fantastic Beasts” team have yet to comment on Depp’s removal from the franchise.

The currently untitled “Fantastic Beasts 3” has already begun filming. Warner Bros. confirmed that the release will be delayed until summer 2022, and that the critical role of Grindelwald will be recast. Depp is certainly an iconic actor who brought his unique style to Grindelwald; whether or not his interpretation will be maintained remains to be seen. Mads Mikkelson (“Hannibal,” “Doctor Strange”) is reportedly in talks to take over the role.

The “Fantastic Beasts” films have been described as “the world’s most problematic movie franchise.” Conversations about how much to separate the art from the artist are sure to — and should — continue.

You can read more about the conflict between Depp and Heard here.