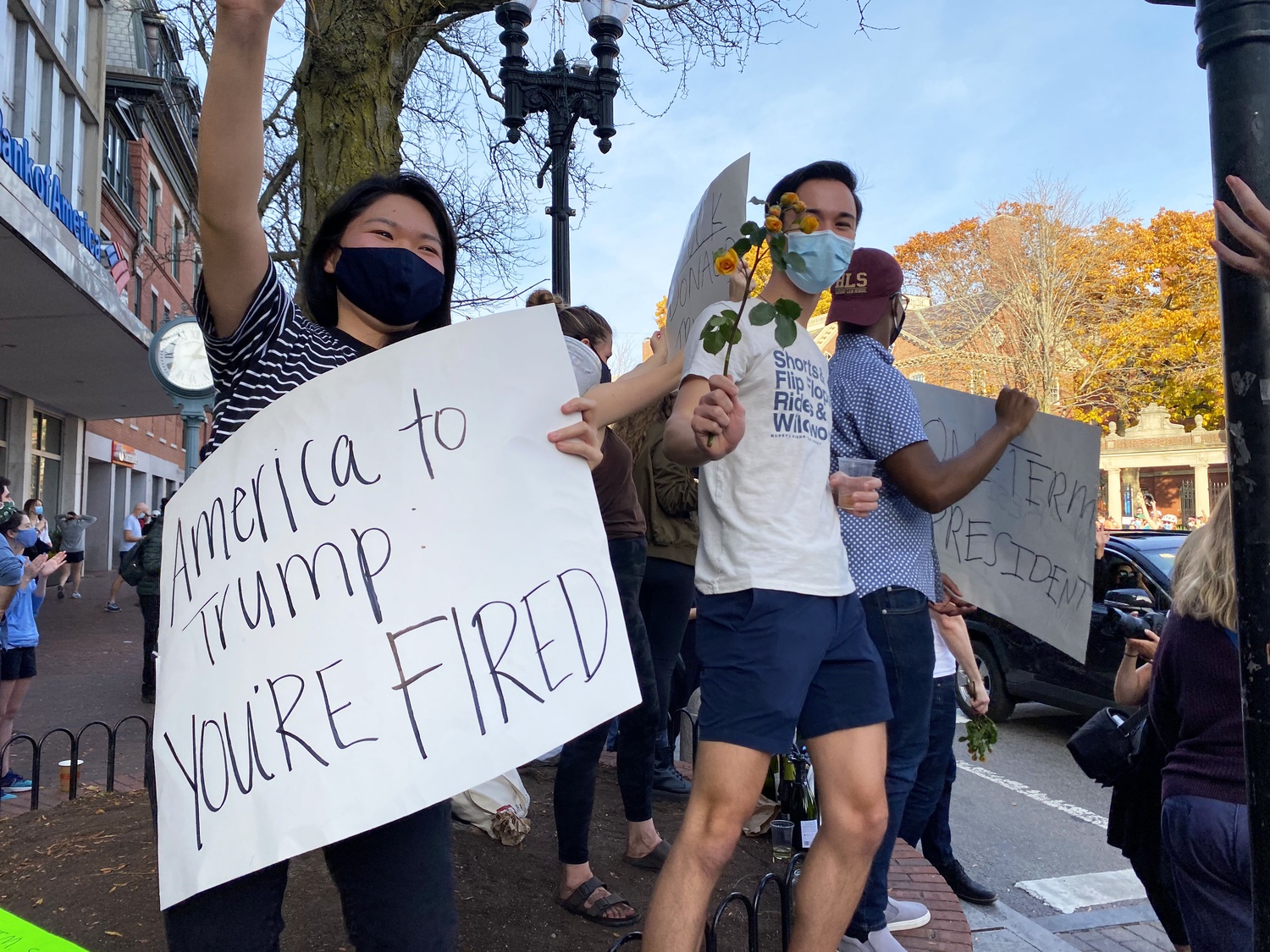 “The tension the past week I had, like I was just filling up my emotion, I was like a bottle, bottling up all of my emotions,” Yousuf A.M. Bakshi ’23 said. “And then when Saturday hit, the relief was just insurmountable.”

Bakshi agonized over the prospects of President Donald J. Trump’s reelection. He said that under a second Trump administration, it would be even more difficult for him to find a job after graduation and renew his student visas.

“It's been very concerning and damning because it could affect, like, our job prospects after graduation and, like, how long we’re able to stay in the U.S., and if we have to reapply for a visa, reapply for work permits and stuff,” Bakshi said. “And it [was] going to be very stressful and was going to be a lot of work and I just wasn't ready for that.”

“So in a way, the victory of Joe Biden definitely represents a hope that first-years might be able to come to campus,” Breznik said.

Breznik was not able to join other first-year students on campus because of a U.S. Department of Homeland Security order that prohibits international students from remaining in the country if their course load is only offered online this fall.

Though the Trump Administration has since withdrawn the order after Harvard and M.I.T. filed a joint lawsuit in early July, the reversal did not apply to newly admitted international students who had yet to obtain an F-1 visa.

Breznik also said that Biden’s win would also change the perception around international students in the United States.

“We wouldn't be viewed as potential threats to stability or whatnot, but rather as a valuable asset like someone who you can learn from, someone who can, like, contribute something,” Breznik said.

Over the past four years, Trump administration officials have increased the government’s scrutiny of international students who live, work, and study in the United States, citing concerns over national security. In a high-profile case last year, immigration officials deported a Harvard freshman after finding allegedly anti-American social media posts on the student’s feed; the student eventually made it to campus.

On Sept. 25, the Department of Homeland Security released a notice of proposed rulemaking that would reduce how much time international students would be able to spend inside the United States.

President Trump’s executive actions have prompted students like Francesca Bellei, a graduate student studying comparative literature, to believe that they no longer had a future in the United States after graduation.

“Personally I know that if Trump had won, I’d have no future in the US, now I might have a chance at one,” Bellei wrote to The Crimson. “Remains to be seen!”

CBS News reported on Nov. 11 that the incoming Biden administration plans to implement a sweeping reversal of Trump’s immigration policies. It is still not clear how the new administration would approach F1 visa restrictions for international students.

Biden’s transition team did not respond to a request for comment.