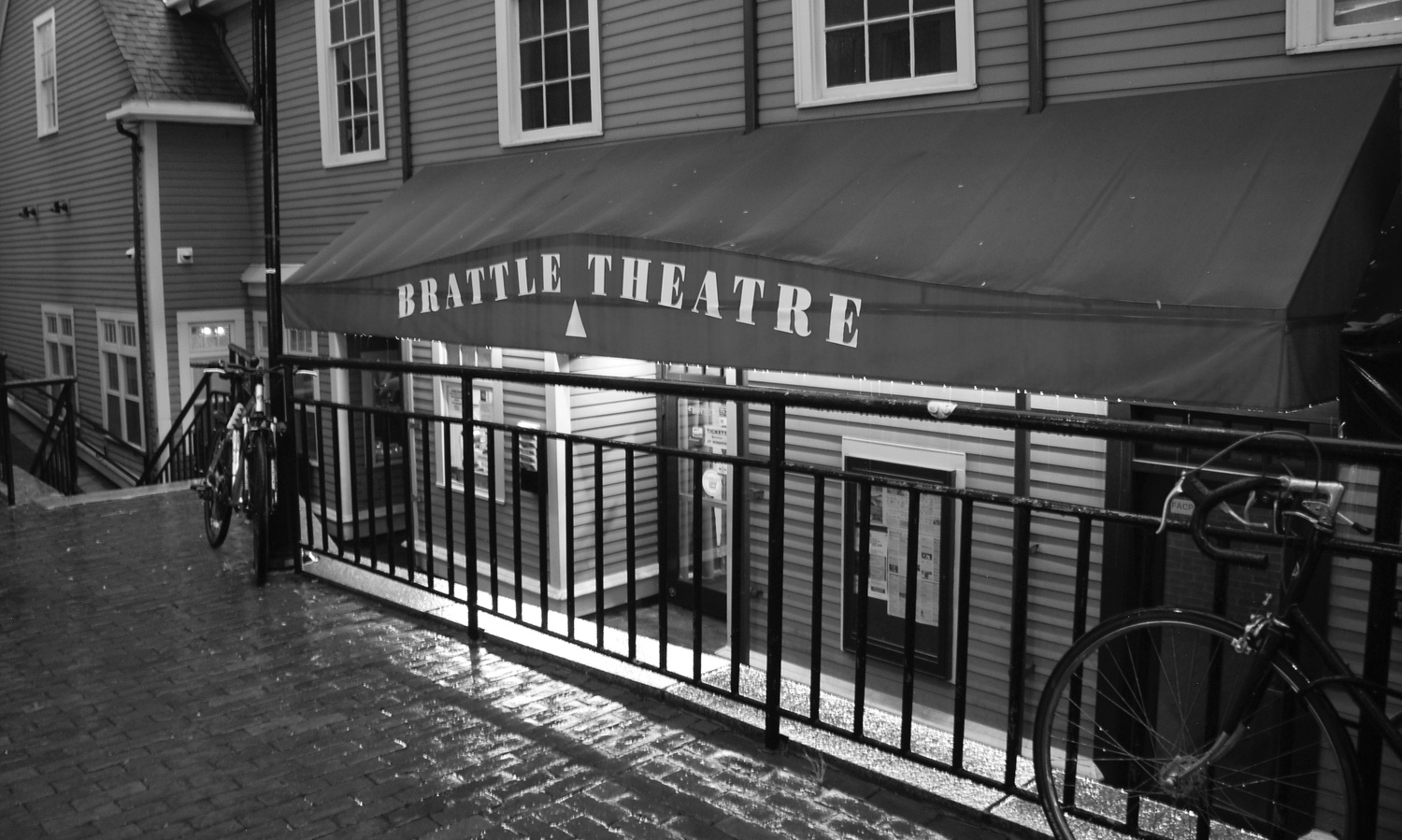 The Brattle Theatre, housed in a 130-year-old red brick building in Harvard Square, has proven instrumental in establishing the art-house and avant-garde cinema scenes in the United States. By Soumyaa Mazumder
Advertisement
Advertisement

A Theatre for One (or Fourteen More)

The Brattle Theatre, housed in a 130-year-old red brick building in Harvard Square, has been operating as a movie theatre since 1953. Now, as COVID-19 casts doubt on the future of the cinema industry, the Brattle Theatre is working to re-imagine what a theater can be.
By James C. D. Quillen and Alan J. Tu

In his many years — and late nights — working as the creative director at the Brattle Theatre, Ned R. Hinkle has not yet experienced a haunting. Nonetheless, he remains convinced that “spirits” and “emanations” play within the theatre’s historic walls. “There are definitely people that have inhabited the Brattle for so long that their essence is imbued into the floorboards,” he says. “Anything can happen.”

The Brattle Theatre, housed in a 130-year-old red brick building in Harvard Square, has been operating as a movie theatre since 1953. Over the years, it has proven instrumental in establishing the art-house and avant-garde cinema scenes in the United States. Filmmakers such as Ingmar Bergman and Federico Fellini got their start at the Brattle before achieving widespread acclaim in the U.S. Other traditions, such as the Valentine's Day screening of “Casablanca,” which couples attend dressed as characters from the film, cemented the Brattle’s status as a community favorite.

Now, as COVID-19 casts doubt on the future of the cinema industry, the Brattle Theatre is working to re-imagine what a theater can be, both as a place to view art and as a community center.

In March, as the coronavirus spread to Boston, the Brattle Theatre shut its doors to the public. Since then, the theatre has pivoted to virtual screenings and events for its members. Hinkle, who sports a pair of thick-rimmed glasses and a hat emblazoned with a gazing eye, emphasizes the importance of community donations as well as a Paycheck Protection Program loan from the government: The non-profit Brattle Film Foundation was able to keep its entire staff on the payroll until the end of July, when the theatre first opened for private rentals. To prepare for re-opening, the foundation cut a deal with a local cleaning products company, from which the theatre now receives resources such as disinfectant services and hand sanitizer. The Brattle is a “drafty old building,” as Hinkle describes it — a chilly curse, perhaps, during the winter months, but also a blessing this year, as the staff have been easily able to maintain proper circulation and air quality.

The private screenings take place twice a day, Thursday through Sunday; a “pod” of up to 15 members can rent the 235-seat theatre to watch a film together, either hand-picked from the Brattle’s collection or played from a personal disc. Hinkle notes that though the Brattle’s screen isn’t enormous, it is significantly larger than what most people would have access to at home. “We’ve had everywhere from one person renting it for her birthday to . . . maxing out at 15,” he says. “It doesn’t come anywhere close to what we would normally be making from ticket sales but does give us some kind of income and provides a service to our community of cinephiles.”

Hinkle acknowledges that there is no way to replace the in-person moviegoing experience, but the Brattle has found some success in its “Virtual Programming Series.” Occasionally accompanied by a filmmaker Q&A or a special introductory segment, these are not “screenings” in the traditional sense of the word; rather, the Brattle browses through thousands of films on streaming services, looking for hidden “gems.” The titles are then shared online with audience members. The Brattle also has a virtual screening room, in which viewers can rent movies from various distributors, with a portion of proceeds going to the theatre itself.

In addition to a curated selection of movies available online, the Brattle is delving into its own archives and history to bring unique content to its members. Hinkle is working to bring the Brattle’s 16 mm film collection to the public through Instagram live streams. The Brattle inherited its collection from a now-defunct cinema-cabaret in Cambridge called Off The Wall. Hinkle admits that when he airs these reels on Instagram, he “might not know exactly what is on it,” but this element of surprise is one of the major draws for people to rediscover these eclectic short films, many of which have not been shown in decades and are not available anywhere else.

“We aim to be as diverse as possible,” he adds, “so we are often looking at the underground or the rarely screened films — those are the ones that we take the most pleasure in playing.”

Hinkle also discusses plans to highlight the theatre’s “magic moments” from its history: For instance, F. Scott Fitzgerald produced three one-act plays at the Brattle in the 1950s, and William Marston was inspired to create Wonder Woman after hearing a women’s suffrage leader speak there.

Despite the challenges facing the independent cinema industry, Hinkle remains hopeful about the future. The Brattle is working to diversify its sources of funding, he says, suggesting celebrities and Harvard graduates with “a fond feeling for the Brattle” as possible donors. He laments the general lack of government funding for theatres and performing arts venues but hopes that their fortunes will soon change at the local and regional level.

In the meantime, Hinkle is deeply grateful for the outpouring of community support: “We are fortunate that we’re a nonprofit. It’s gotten us this far, and we hope that it’ll get us through all the way.”

In the meantime, the Brattle’s annual traditions will likely have to wait. It seems to Hinkle that the moviegoers are willing to wait, too: “We really don’t have people banging down the door saying, ‘When are you going to start showing “Casablanca?”’”