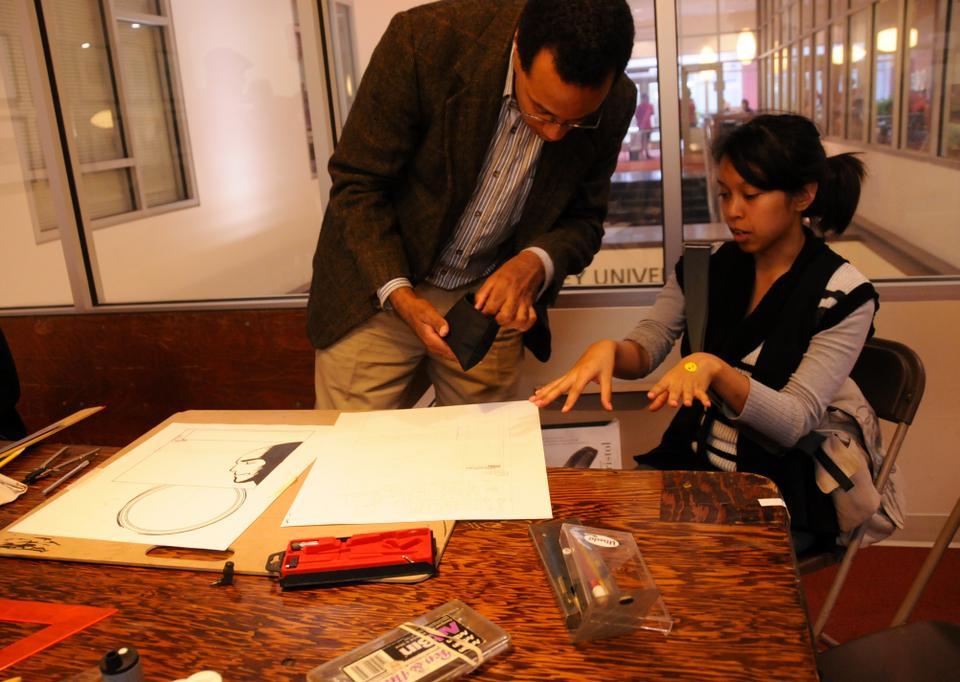 A drawing class at the 2011 Massachusetts Independent Comics Expo, which took place in person. By Ina Chen
Advertisement
Advertisement

The Massachusetts Independent Comics Expo Adapts to the New Normal

COVID-19 made hosting the Massachusetts Independent Comics Expo in-person impossible, but cancelling the expo was, too. So many stories from MICE’s past centered on the human connections made at a show — “We’ve heard so many people say things like, ‘I met my future husband at MICE, I met my best friend and collaborator at MICE,’” Paroline remembers.
By Vicki Xu

In normal years, teenagers and college students would huddle together in maze-like walkways that don’t really lead anywhere, thumbing through glossy-paged comic books. They would learn to draw, write, and design in workshops with local comic artists.

But 2020 is not a normal year — and much of what was normal at the Massachusetts Independent Comics Expo had to be changed.

Produced by the Boston Comic Arts Foundation and hosted by Lesley University’s College of Art and Design, MICE was established in 2010 to provide comic artists and writers in the greater Boston area an opportunity to showcase their work. When the COVID-19-induced lockdown began in March, MICE was still in the early stages of planning this year’s event. The conference was setting up the application process for exhibitors. “We were kind of in a privileged position compared to other shows,” says Shelli Paroline, co-director of MICE. “We didn’t have any venue booked; we hadn’t spent any money.”

Hosting an in-person conference would be impossible, but cancelling the expo was, too. So many stories from MICE’s past centered on the human connections made at a show — “We’ve heard so many people say things like, ‘I met my future husband at MICE, I met my best friend and collaborator at MICE,’” Paroline remembers. “We had this kid who went to all the panels and realized he had to add plot to all of his comics. It was just nuts.”

Intent on preserving this spirit, the team settled on holding a virtual convention. Organizers decided that an extended expo would be more conducive to the new environment — sessions held over the course of a couple of weekends in October, instead of all combined into a single weekend. Attendees wouldn’t have to sit in front of a computer all day, and they would also now have greater flexibility to participate in case they were busy one week.

Creators could not take advantage of a big crowd, since the events were more dispersed. The magic of coming across a particular comic artist, or bumping into an old friend, or going out afterwards to drink with buddies would also be quite difficult to replicate. And workshop interactions were limited to “a small group projecting to a larger audience,” MICE Marketer Zachary B. Clemente says.

MICE streamed most of its workshops and panels live via CrowdCast and Facebook. The conference also hosted a Creator Showcase every weekend of the expo between panels. These were a series of short videos submitted by independent comic creators showing off their latest work, put together by the organizers. This would be one way to recreate the opportunities to connect with publishers and readers that comic creators would’ve normally found in person.

“I don’t think you can compare a virtual convention to the excitement and energy generated by an in-person show, but MICE was well-organized and well-attended,” says graphic novelist Sophie E. Goldstein, who led a cover design workshop. “Virtual cons thus far have not been able to replicate anything like the tabling experience of a show… but the panel experience was as good if not better, in some respects.”

Children’s author and illustrator Mika Song, who led a character creation workshop, says of the platform, “I think some people are more likely to comment virtually if they are shy and so that can be nice for some quieter kids. It is also cool that the video is up online for a while so people can use it as a resource in the classroom.”

Dakotah L. Kennedy, who has attended MICE for the past four years, agrees. “I’m really glad that they turned it into a month long event since it had to shift to a virtual format. I’ve never attended the panels before as I always go to meet creators, learn about new comics, and shop,” she says. 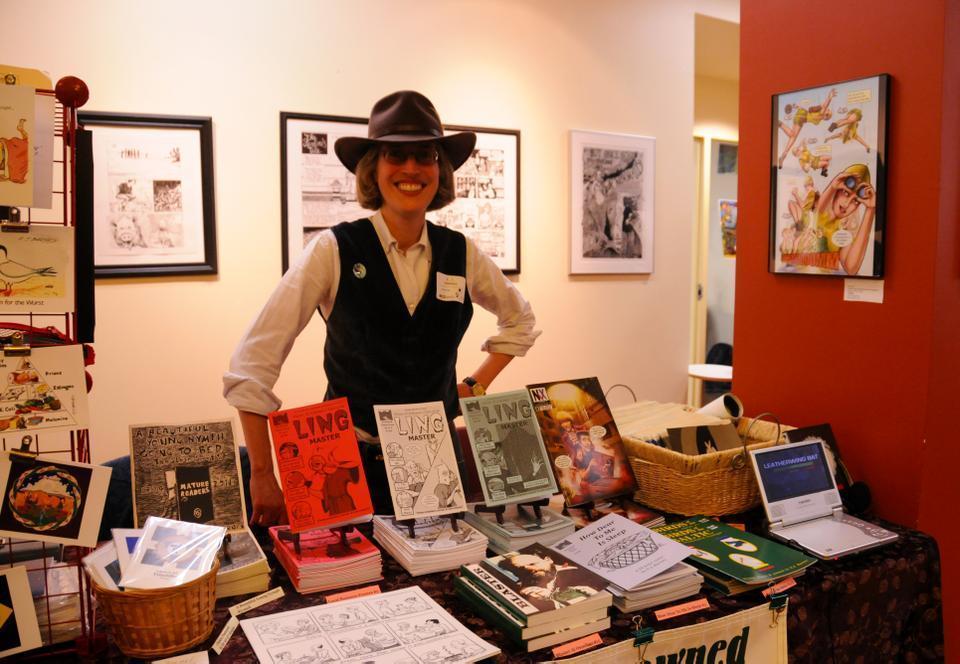 The structure of sponsorships also changed. The expo relies mainly on two sources of income, table fees, and comic store or publisher patronage. This year, MICE enjoyed the boon of funds left over from previous years and the support of community partners, such as arts advocacy organizations, comic distributors, and publishers, to assist the transition to a virtual platform. MICE also managed to find sponsors for nearly every event on the program.

“We’ve outraised nearly any other show as far as sponsorships are concerned,” Paroline says. “People really stepped up and said they’re happy with what we’re doing.”

The grants awarded at the show changed as well. “We’re creatives too, and this year was very hard emotionally. We were asking ourselves, what can we do that actually promotes creativity?” Paroline says. Acknowledging the toll COVID-19 has taken on the arts, MICE gave out 32 mini-grants of $100 — more than four times the amount they gave in normal years. The team also established a Grand Prize of $500, awarded to Ingrid Pierre for her comic “Do Not Resuscitate,” a piece about a young woman who loses her fiance to terminal illness and then reunites with his reanimated corpse. MICE also gave four free sponsorships to local comic book stores.

The virtual nature of this year’s expo greatly expanded MICE’s geographic reach within the U.S. and globally. “We were able to include international creators in our programming, which we normally couldn’t do because travel is so expensive,” Clemente says. Goldstein, who is from Tulsa, Okla., definitely saw the upside of being able to attend the convention from her living room.

In the future, however, MICE plans to keep the expo local. The virtual format and broadened geography are important during the pandemic, but Clemente believes independent comic culture thrives in the small — the scrappy.

“Indie comics is so regionally-based, it’s so based off of fairs and collectives and underground groups hanging out and making comics,” Clemente says with conviction. “That’s where it was born.”