Creative arts as treatment for a medical issue might seem an unusual prescription. But for Nobel, the connection is clear. By Courtesy of the UnLonely Project
Advertisement
Advertisement

The UnLonely Project, an initiative of the Foundation for Art and Healing, aims to treat the “epidemic of loneliness” in the United States using creative arts as medicine.
By Maliya V. Ellis and Alan J. Tu

Singer-songwriter Emily L. Maguire begins each day by writing a poem. It’s a process that takes her no more than a few minutes. “By the time I finish [my] coffee it just falls out of my head,” she says. “My poetry is really automatic writing.” Poetry offers Maguire a way to deal with bouts of depression, during which songs are simply too difficult to write. The act of writing, she says, makes her feel more connected to the world.

Maguire is one of several artists collaborating with the UnLonely Project, an initiative of the Foundation for Art and Healing which aims to treat the “epidemic of loneliness” in the United States using creative arts as medicine.

The project is the brainchild of Jeremy J. Nobel, faculty member at Harvard Medical School and avid poet and photographer. It reflects Nobel’s intersecting interests in art and medicine, advocating creative expression as a treatment for loneliness, an issue its website calls a “public health concern.”

Nobel says the UnLonely Project’s goals are threefold: to increase public awareness of loneliness as a health problem, reduce stigma and facilitate conversation, and provide resources to help people cope.

Spreading awareness begins with what Nobel terms “loneliness literacy,” or defining what it means to experience loneliness. “Being lonely is the perception someone has of the gap between the social connection you would like to have, that you aspire to, that you desire, and the ones you actually feel you do have,” Nobel explains. This perceived gap varies from person to person: Someone may long for a crowd of acquaintances, while their neighbor may long for a single close friend.

Because of these differences, isolation doesn’t necessarily imply loneliness. “If you’re on Mars, and you have the universe's most powerful telescope that can see through walls, you could pick out the isolated people on planet Earth, but you could not pick out the lonely people,” Nobel says.

Maguire, who currently lives on a goat farm in the Australian bush, makes a similar distinction. She describes loneliness as suffering, while being alone can be “something incredibly precious.”

And loneliness can even be useful, Nobel says — in small doses. He draws an analogy between loneliness and thirst, both bodily signals. Whereas thirst prompts the body to hydrate, loneliness prompts the mind to connect. Ignoring this signal can cause sustained, severe loneliness, which may lead to serious health problems.

Though loneliness is difficult to quantify, survey data demonstrate its epidemic proportions: Loneliness afflicts more than one third of American adults, with the highest numbers concentrated in the 18 to 22-year-old demographic. The UnLonely Project’s website lists the negative effects of loneliness on both mental and physical health, including increased risk of depression, anxiety, dementia, heart disease, and cancer. All maladies considered, loneliness can increase mortality risk by 30 percent, a figure on par with smoking 15 cigarettes a day, according to the United States Health Resources and Services Administration.

The UnLonely Project encompasses a number of programs and initiatives. Its website contains programming for four specific categories: Aging, Campus, Community, and Workplace. Ongoing is the Fourth Annual UnLonely Film Festival, featuring free short films from award-winning filmmakers that are accompanied by activities and discussion boards to connect viewers.

The Project’s latest endeavor addresses a new flavor of loneliness exacerbated by COVID-19: that of widespread involuntary isolation. “Stuck at Home (Together),” a new page on the Foundation for Art and Healing website, presents artist spotlights, creative writing exercises, and mental health check-ins, among other things.

Creative arts as treatment for a medical issue might seem an unusual prescription. But for Nobel, the connection is clear. Whether writing a poem or drawing a cartoon, arts often provide an outlet for self-expression. This refreshing authenticity, when shared with another, can encourage a reciprocal vulnerability and spark a genuine connection. “Then it’s like an electric circuit gets closed, and you’re both connected,” he says.

For Maguire, who struggles with bipolar disorder, her art is a way of expressing “feelings that otherwise get stuck inside.” Her music also forges a genuine connection with her fans. “The healing really is for them,” she says. “They feel like I’ve understood their pain, what they’re going through.” 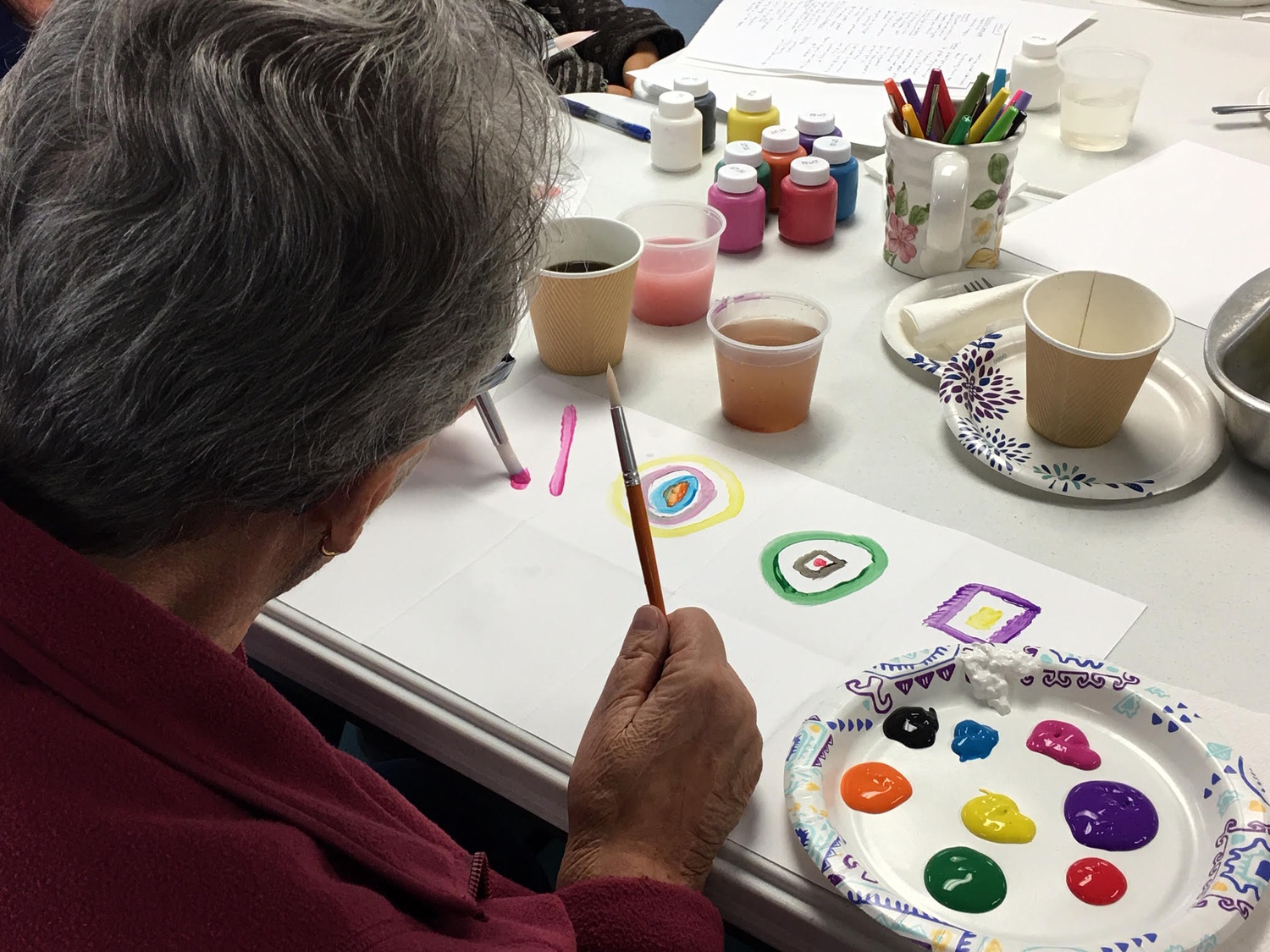 “If you’re on Mars, and you have the universe's most powerful telescope that can see through walls, you could pick out the isolated people on planet Earth, but you could not pick out the lonely people,” Nobel says. By Courtesy of the UnLonely Project

Loneliness can be intimidating, but Nobel advises approaching it with a mixture of curiosity and discipline. To explore feelings of isolation, he recommends “engaging with a piece of art,” whether it’s programming from his project or anything that inspires a creative response.

“You can just look at it and say: ‘Oh, what does this remind me of?’ Or: ‘What am I curious about here?’ And as small a step as that is, then you’re beginning to disclose something. You’re engaging. And if you share it, even better.”

The rest, Nobel says, is daily practice: “Exercise some deliberate self-care and try to be more connected. Almost like flossing your teeth, you know. ‘I’m going to connect today.’”

Maguire suggests an alternative approach: a Buddhist meditation practice called Tonglen. “You say to yourself, ‘There are millions and millions of people in the world who are feeling exactly what I’m feeling right now,’” she explains. “You breathe in their pains, and then you breathe out and you send them your love.”

Nobel concludes with an example of a simple act of sharing that inspired connection in his own life. He recalls photographing gorgeous sunsets from his time at a writing retreat, noting that while the view itself was enjoyable, “sending [the photos] to people and getting their response was every bit and in some ways even more gratifying.” He urges us to take small risks like these, to maintain a sense of humor and stop worrying about the possibility of failure — in this case, not receiving a response. “People are busy,” he admits, “but it doesn’t mean they don’t care about you or your picture.”