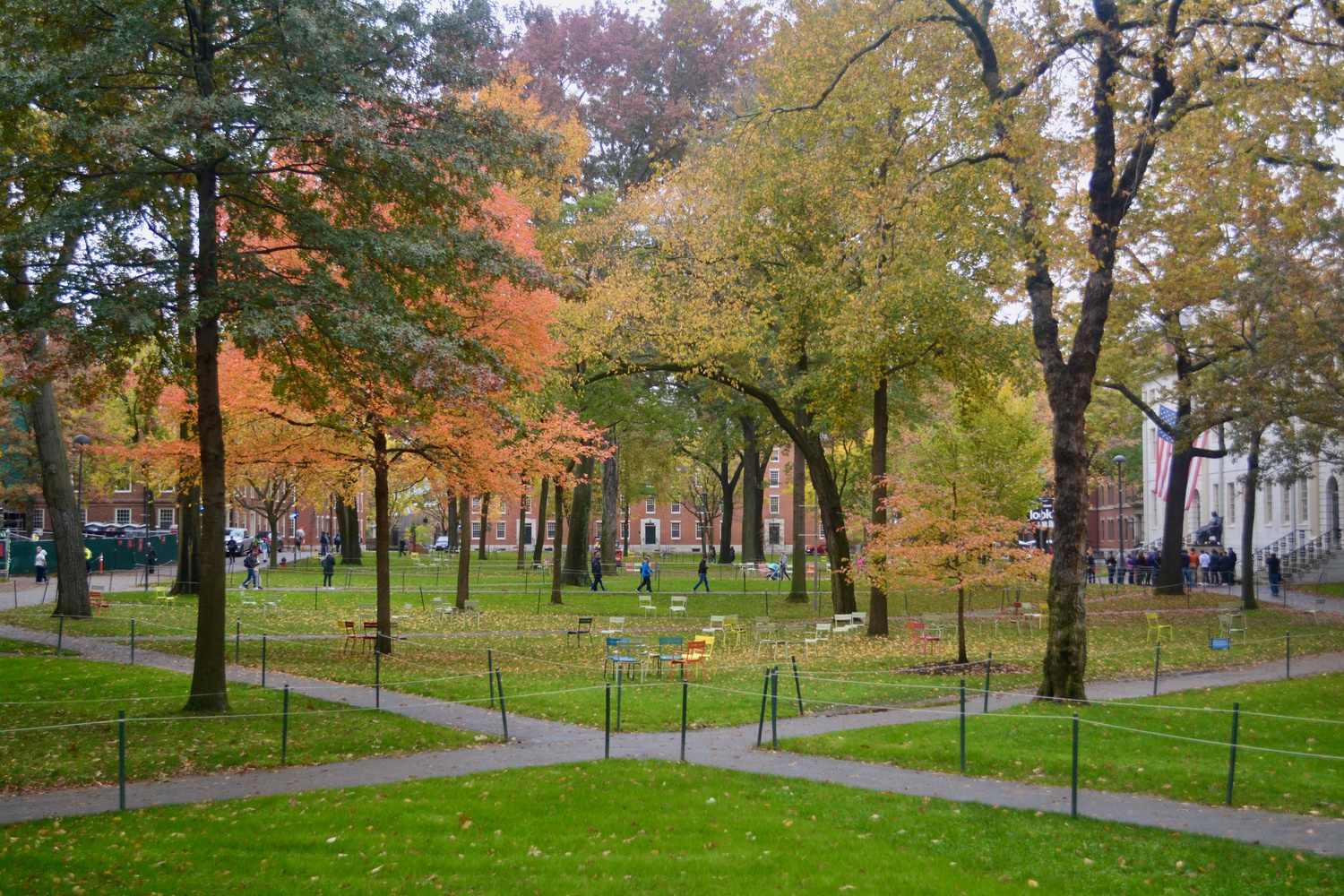 The panel examined several aspects of tackling climate change, including democratic reform, the role of the private sector, and partnerships with developing countries. The speakers emphasized the significance of public and private partnership and interdisciplinary approaches.

For Moraff, “systems thinking in the climate change world is really important” and can lead to the integrated policy that Allen said she believes is a viable solution to climate change.

The panelists also emphasized that climate change reform will require collaboration between scientists, researchers from other fields, and the government.

“[Climate action is] not something that the scientific community can do alone,” Duffy said. “We work with other academic disciplines and folks in the real world to help flesh out those human consequences of climate change.”

In particular, Moraff explained how designing a “green infrastructure resilience program” with multiple fields in mind can “unlock some real economic rewards and many solutions that you wouldn’t have found otherwise.”

The panelists also expressed what they view as the need to frame international climate change partnerships as economically beneficial steps for developed countries, rather than as charity.

“Nobody likes foreign aid,” Duffy said in an interview following the event. “This is not charity. This is an important step to ensure a viable future for ourselves.”

Duffy said his approach to encourage collaboration with private corporations is “a little unusual.” He said he and the Woodwell Climate Research Center are attempting to appeal to the private sector’s self-interest and not “anyone’s altruism or civic mindedness.”

Panelists also noted the disproportionate effects of climate change on racial minorities who have contributed “very little to creating the problem.” Duffy said that these groups, along with younger and unborn generations, often have “no voice” in the construction of policies meant to address these issues.

Chung cited an open letter he helped organize that over one hundred economists signed. The letter described inequities the carbon economy amplifies.

“We cannot avoid the fact that climate justice is economic justice, social justice, racial justice, and so on,” Chung said.

The panel also addressed how the response to the climate crisis necessitates reforms in government representation. Allen, whose work centers around democracy reform, described the need for diversity and “giving space to the voice of young people” to advocate for climate issues.

Philip W. Lovejoy — Executive Director of the Harvard Alumni Association, which co-sponsored the event — wrote in an email that the event aimed to “convene diverse voices to discuss the many dimensions of the existential threat of climate change.”

“We hope these events spur further conversations that will lead to action in communities around the world,” Lovejoy wrote.